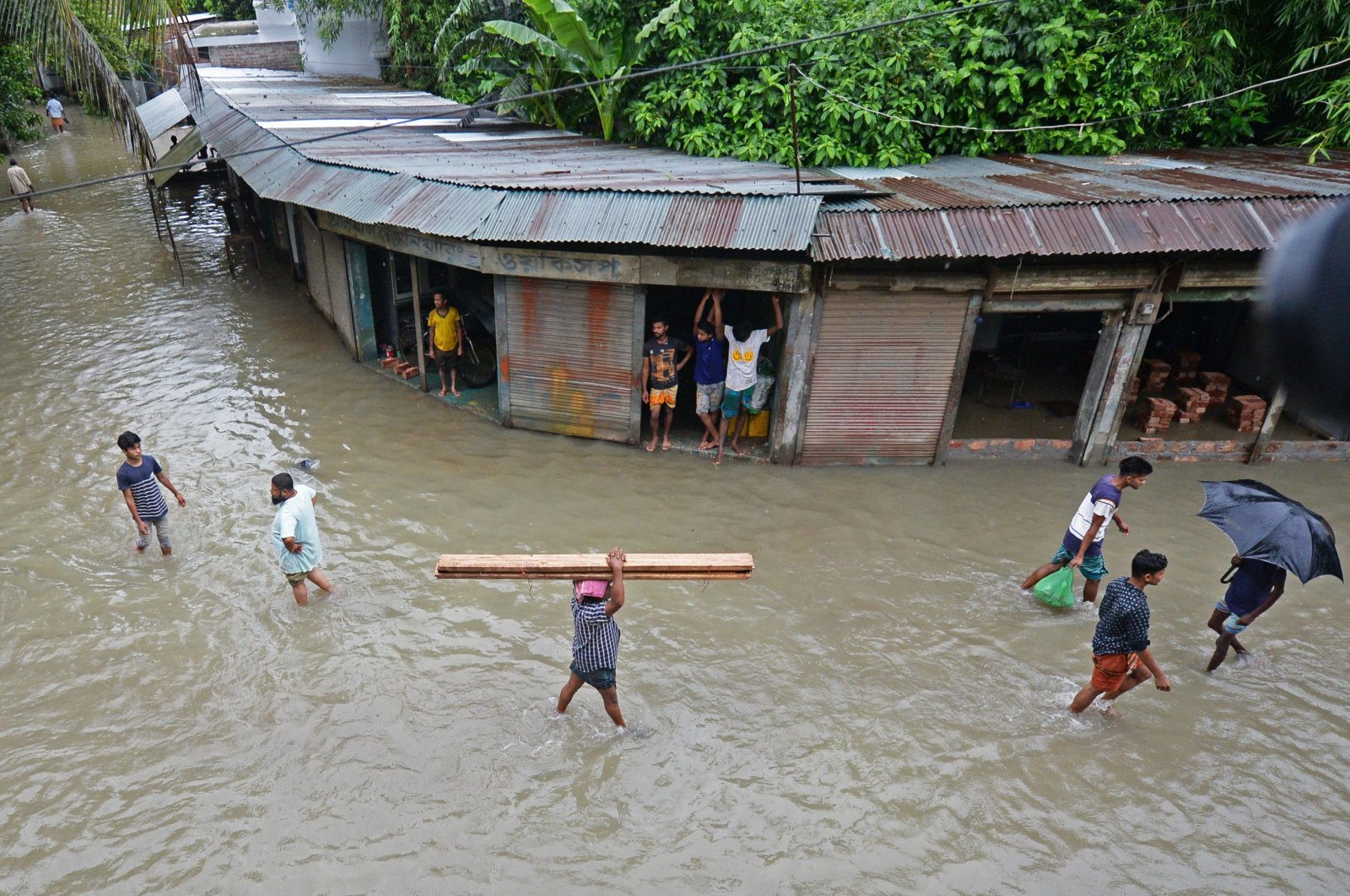 Weeks of severe flooding and landslides across Nepal, India and Bangladesh have left more than 200 dead, with high waters continuing to threaten communities Monday.

In Nepal, the natural disasters triggered by heavy monsoon rainfall have killed 114 people since June 12, with 48 people listed as missing, according to Nepal's national disaster agency. The vast majority of deaths occurred due to landslides.

Most of Nepal's rivers have seen a further rise in water levels due to incessant rainfall since Saturday.

"We have issued flood alerts in settlements near all major rivers across the country," disaster agency spokesperson Janardan Sharma told dpa.

In Bangladesh, at least 21 people have died, including 16 children, and more than 2.6 million others were marooned or displaced, officials said Monday.

Across the border, in the eastern Indian state of Assam, 84 people have died with 542,908 others displaced, stranded in their homes, or experiencing damage to their livelihoods since May 22, a disaster management official said Monday.

Bangladesh's Flood Forecasting and Warning Centre predicted the situation may aggravate with the major rivers set to rise further in the next seven days.

In India, the floods also reached the states Bihar and Jharkhand where local media reported 15 deaths since the weekend. More than 100 wild animals died in the flooding at India's Kaziranga national park, home to the world's largest population of one-horned rhinos.

Bangladesh's Water Development Board official Arifuzzaman Bhuiyan said the flooding, which began in late June after heavy monsoon rain in parts of Bangladesh and India, is likely to start receding after a week.

South Asia experiences flooding almost every year during the monsoon season between June and September.