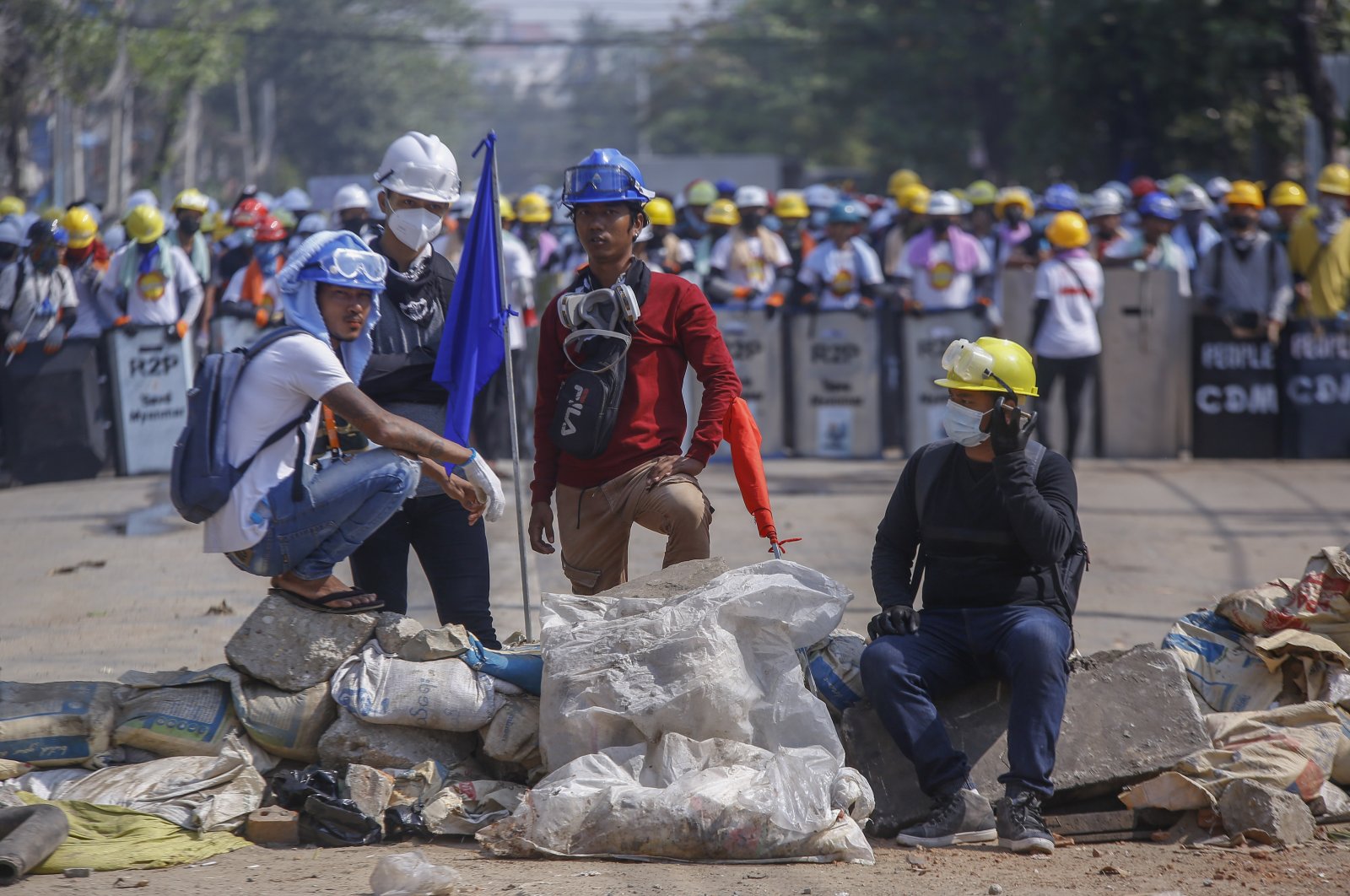 Dozens of Myanmar nationals were waiting to cross into India, a local village chief said Wednesday, as authorities confirmed eight out of 136 who already fled the restive nation had been sent back.

Security forces in Myanmar have stepped up a brutal crackdown against protesters since a military coup last month, with nearly 2,000 people arrested and the death toll climbing above 60.

Those who have crossed the border into India's northeastern state of Mizoram, which shares a 400-kilometer (250-mile) border with Myanmar, mostly along the Tiau River, include police and officials who had allegedly refused to follow military orders.

At least 85 more were waiting to cross into Farkawn village, the local village chief, Ramliana, told Agence France-Presse (AFP) on Wednesday. He said authorities were checking whether they had permission to cross the border before letting them in.

Ramliana, who goes by one name, said villagers had sent five bags of rice and one bag of dal (split pulses) to the waiting group.

A council chairperson in Serchhip district, K. Lalngaizuala, said the exact number who had crossed over into his region was not yet confirmed. "We are ready as more may come soon," he told AFP on Wednesday.

Assam Rifles, a national paramilitary force operating in India's northeast region, said eight of 136 people known to have crossed the border had been "pushed back/returned" to Myanmar.

They did not say if those who were sent back to Myanmar were from the police. Myanmar authorities last week asked India to send back eight police officers who had fled.

"These Myanmarese include civilians as well as personnel from Myanmar Police Force and Fire Brigade," Assam Rifles said in a statement Tuesday.

The influx came as officials told AFP on Sunday that scores of Rohingya who fled persecution in Myanmar were being held in a detention center in the northern territory of Jammu and Kashmir.

The Rohingya, a Muslim minority in Buddhist-dominated Myanmar, had been rounded up over the weekend ahead of deportation to their homeland.

Human rights groups have called on New Delhi not to repatriate Myanmar nationals and to give them humanitarian assistance.

"Those who have entered India have the right to life as guaranteed under India's Constitution," Suhas Chakma, of Delhi-based group the National Campaign Against Torture, told AFP on Wednesday.

India, which has sought to build closer ties with Myanmar to counter China's influence, has not yet condemned the military coup unlike many from the international community.

However, the country's U.N. ambassador, T.S. Tirumurti, has said Myanmar's democratic gains of recent years "should not get undermined."