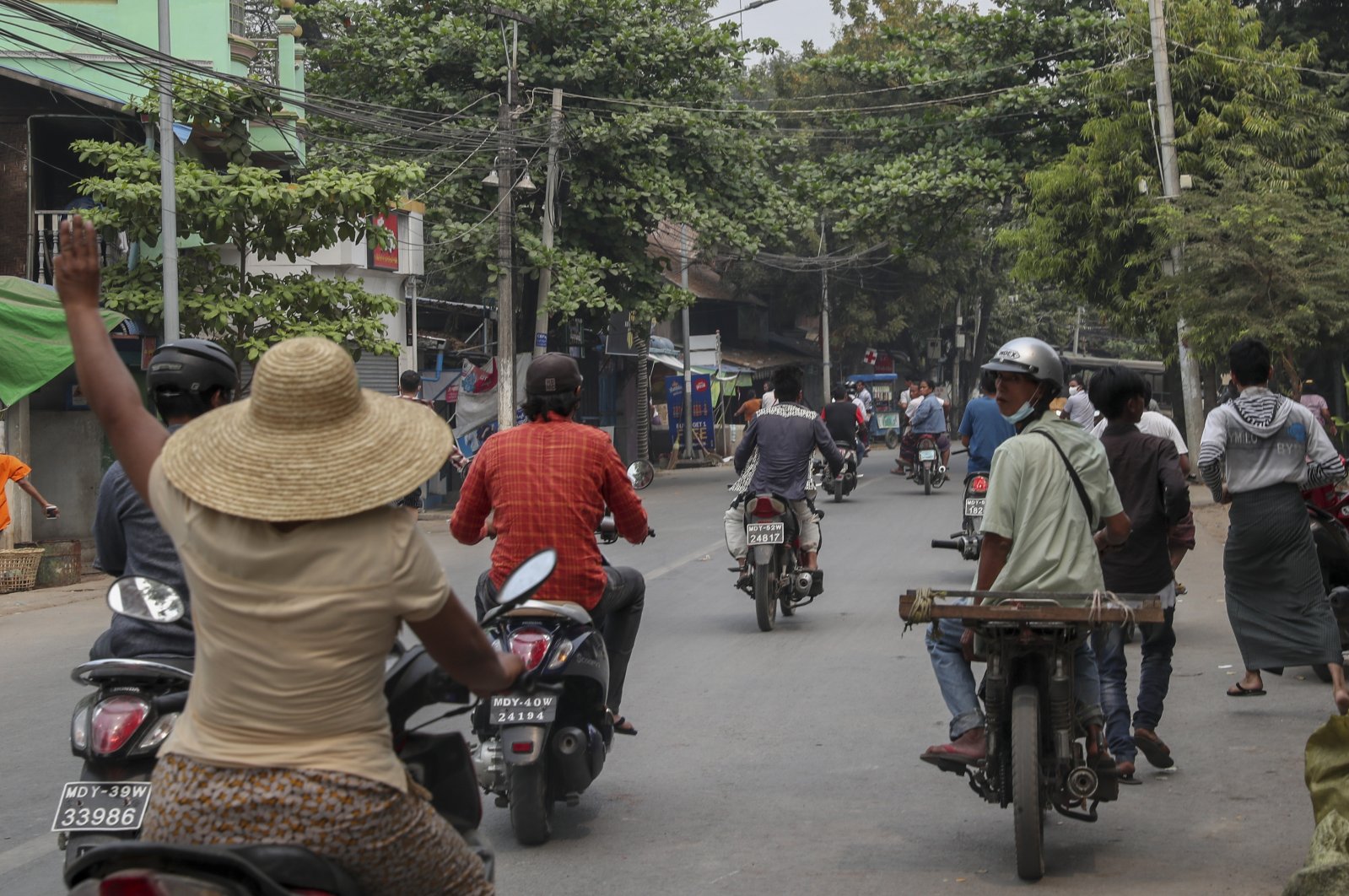 A woman on a motorbike flashes a three-fingered salute as a group of people flee after seeing the arrival of a convoy of soldiers and police officers to remove makeshift barricades made by anti-coup protesters in Mandalay, Myanmar, March 11, 2021. (AP Photo)
by ASSOCIATED PRESS Mar 14, 2021 1:48 pm
RECOMMENDED

More than 100 people fleeing Myanmar have entered a small village in India’s northeast, adding to scores who had already arrived since last month's military coup in the neighboring Southeast Asian country, a village leader said Sunday.

A total of 116 Myanmar nationals crossed the Tiau River and reached Farkawn Village through a stretch where India’s paramilitary Assam Rifles personnel were not present, said Ramliana, president of the Farkawn Village Council, a community-based body. He uses one name.

There was no immediate comment from state or federal government officials. The village is in Mizoram state.

Ramliana did not give details as to when the people crossed over from Myanmar.

Local media reports said that several of them were from Myanmar police and fire services.

The ministry said the states were not authorized to accord refugee status to anyone entering India from Myanmar, as India is not a signatory to the U.N. Refugee Convention of 1951 or its 1967 Protocol.

Indian police have detained at least seven Myanmar police officers. They told Indian authorities they ran away because Myanmar's army was on their trail after they refused to obey orders.

Indian police did not explain what orders the officers had refused. They wore civilian clothes and were not armed.

Earlier this month, Myanmar asked India to return the police officers who crossed the border.

India shares a 1,643-kilometer (1,020-mile) border with Myanmar and is home to thousands of refugees from Myanmar in different states.