Myanmar army ramps up violence with new airstrikes on opposition 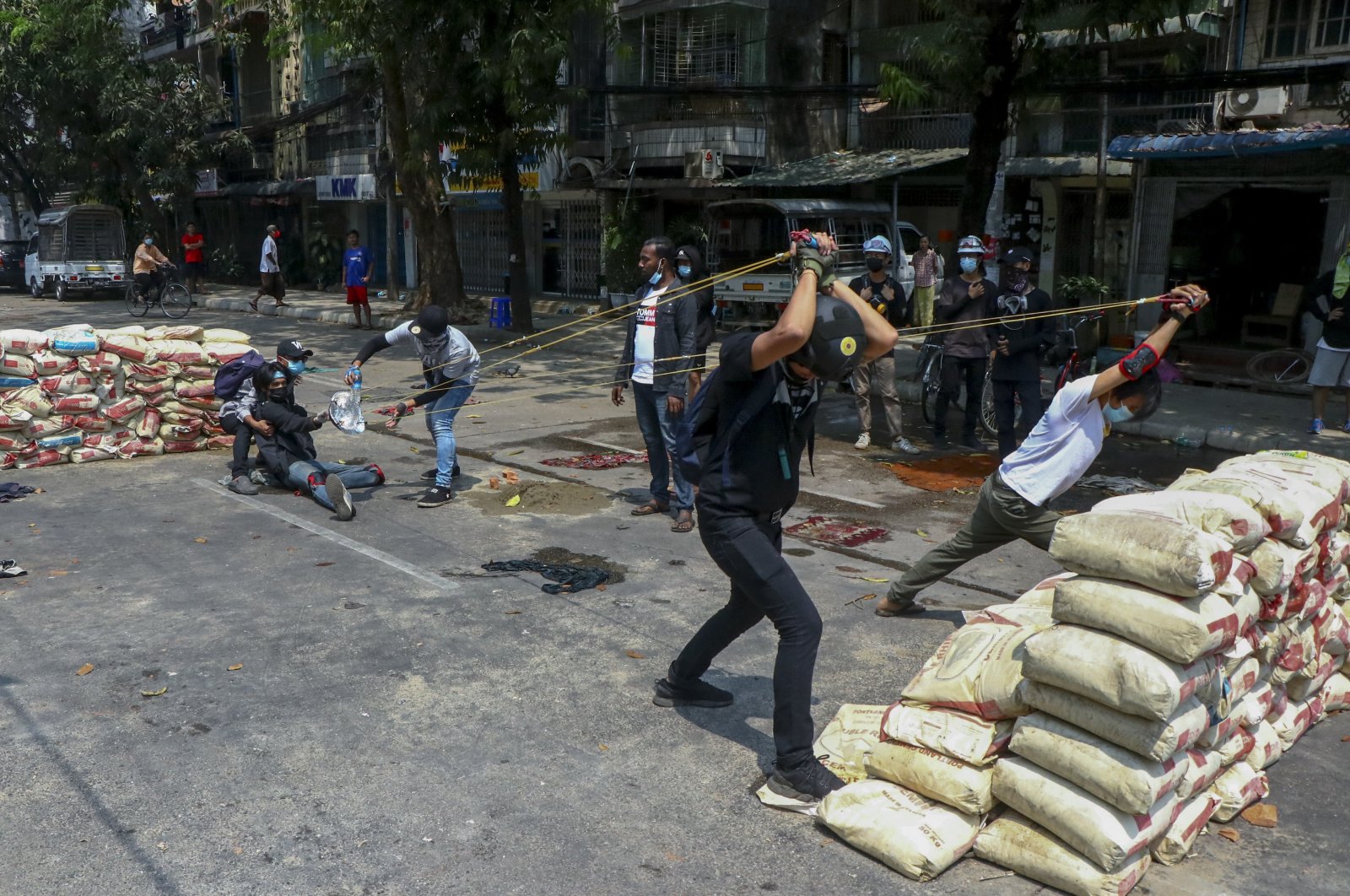 Anti-coup protesters test an improvised weapon they made to fight with armed Myanmar security forces in Yangon, Myanmar, March 17, 2021. (AP Photo)
by REUTERS Sep 27, 2021 10:15 am
RECOMMENDED

Myanmar's military launched airstrikes over the weekend following clashes with fighters opposed to the junta in the Sagaing region, according to media and a militia member. Phone lines and the internet were also severed in some districts.

The Southeast Asian country has been in crisis since the army seized power on Feb. 1, ending a decade of tentative steps towards democracy and triggering outrage at home and abroad and the setting up of People's Defence Forces (PDFs) to take on the military.

The DVB news portal reported the airstrikes occurred as the army staged an offensive in the Pinlebu area of Sagaing in northwest Myanmar, citing residents who heard aircraft and explosions on Saturday night before phone lines and the internet went down.

A member of the Pinlebu PDF, speaking from outside the area, also confirmed by telephone that airstrikes had taken place, but said there had been no casualties among his group.

"We cannot contact them due to the internet and phone lines blackout," the activist, who declined to be identified, said of his opposition colleagues. Reuters could not independently verify any of the claims and a spokesperson for the military did not answer calls seeking comment.

The National Unity Government (NUG), a shadow administration set up by ousted lawmakers and others opposed to the junta, said an arms cache including a rocket-propelled grenade, small arms and shells had been seized in the fighting.

It said more than 25 government soldiers had been killed. There has been an upsurge in bloodshed in areas like Sagaing after the underground NUG declared an uprising on Sept. 7 and called on PDFs to target the junta and its assets.

Earlier in the conflict, the military had at times shut down the internet, particularly in cities, in a bid to curb demonstrations. Since Thursday, the military had cut internet access in 11 conflict-hit districts in Chin State and in the Magway region, the Myanmar Now news portal reported, citing residents and members of PDFs.

Last week, thousands fled from the town of Thantlang in Chin Stat, bordering India, after fighting in which a Christian pastor was among those killed. Some militia groups have also claimed responsibility for blowing up scores of telecommunication towers run by Mytel, a partly army-controlled company.

U.S.-based democracy watchdog Freedom House said in a report published last week that internet freedom slumped by 14 points in Myanmar – the largest annual decline ever recorded on its 100-point scale – after the coup.