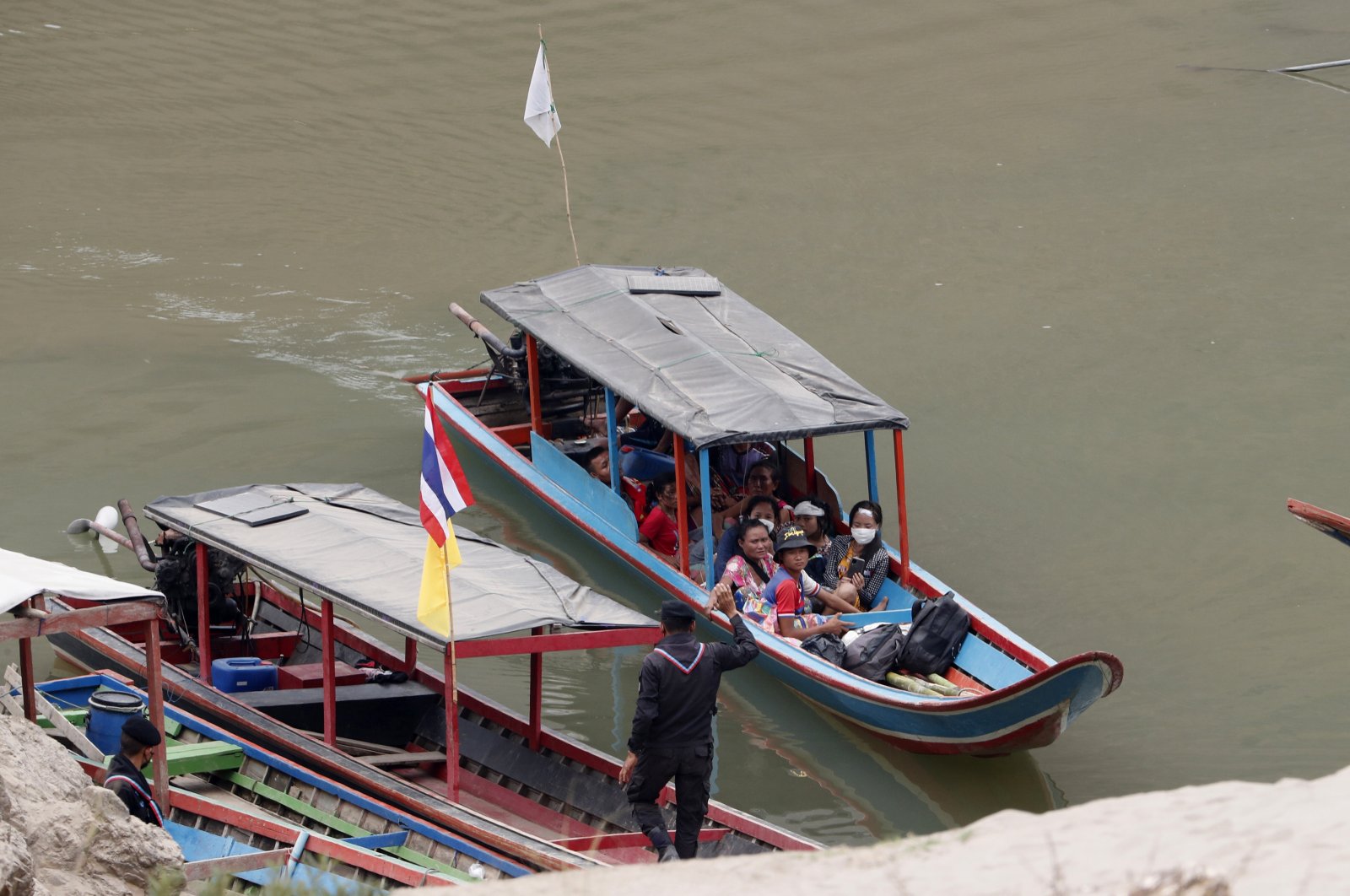 As the Myanmar junta crackdown continues, the country's minorities are too feeling the effects. Farmers living in a camp for displaced people in the far northern Kachin state are reportedly petrified to leave their makeshift homes to return to their villages to plant their crops as they usually would before the rainy season due to the ensuing military coup.

The displaced farmers say it is simply too dangerous to risk running into soldiers from Myanmar's army or their aligned militias. "We can’t go anywhere and can’t do anything since the coup,” Lu Lu Aung, one of the farmers, told The Associated Press (AP). "Every night, we hear the sounds of jet fighters flying so close above our camp.”

The military's lethal crackdown on protesters in large central cities such as Yangon and Mandalay has received a lot of attention since the coup that toppled Aung San Suu Kyi's elected government.

However, far away in Myanmar's borderlands, Lu Lu Aung and millions of others who hail from Myanmar's minority ethnic groups are facing increasing uncertainty and waning security as longstanding conflicts between the military and minority guerrilla armies flare anew.

It's a situation that was thrust to the forefront over the past week as the military launched deadly airstrikes against ethnic Karen guerrillas in their homeland on the eastern border, displacing thousands and sending civilians fleeing into neighboring Thailand.

Several of the rebel armies have threatened to join forces if the killing of civilians doesn't stop, while a group made up of members of the deposed government has floated the idea of creating a new army that includes rebel groups. The U.N. special envoy for Myanmar, meanwhile, has warned the country faces the possibility of civil war.

Ethnic minorities make up about 40% of Myanmar’s 52 million people, but the central government and the military leadership have long been dominated by the country's Burman ethnic majority. Since independence from Britain in 1948, more than a dozen ethnic groups have been seeking greater autonomy, with some maintaining their own independent armies.

That has put them at odds with Myanmar's ultranationalist generals, who have long seen any ceding of territory, especially those in border areas that are often rich in natural resources, as tantamount to treason and have ruthlessly fought against the rebel armies with only occasional periods of cease-fire.

The violence has led to accusations of abuses against all sides, such as arbitrary taxes on civilians and forced recruitment, and according to the United Nations has displaced some 239,000 people since 2011 alone.

That doesn't include the more than 800,000 minority Rohingya who fled to Bangladesh to escape a military campaign the U.N. has called ethnic cleansing. Since February anti-coup protests have taken place in every border state, and security forces have responded much as they have elsewhere with tear gas, rubber bullets and live ammunition.

However, residents and observers say the post-coup situation in geographically isolated borderlands has been made worse by increased skirmishes between the military and armed ethnic organizations jockeying for power and territory.

Lu Lu Aung, who hails from the Kachin ethnic group, said she participated in protests, but stopped as it was now too dangerous. She said Myanmar security forces and aligned militias recently occupied their old village where they planted crops and no one left the camp because they feared they would be forced into work for the army.

"Our students can no longer continue the schooling and for the adults it’s so much difficult to find a job and make money,” she said.

Humanitarian aid for civilians in the borderlands, already strained by the pandemic as well as the inherent difficulty outside groups face operating in many areas, has been hard hit since the coup as well.

Communications have been crippled, banks have closed and security has become increasingly uncertain, said the director of a Myanmar-based organization supporting displaced persons who spoke on condition of anonymity for security reasons. "There is no more humanitarian help and support,” she said.

In eastern Karen State, where the airstrikes have displaced thousands, there are concerns that the arrival of the rainy season could exacerbate a humanitarian situation already made difficult by reports that Thailand has sent back many of the civilians who fled.

Thailand has said those who went back to Myanmar did so voluntarily. Yet there are parts of the country’s borderlands that have hardly been impacted by the coup.

In Wa State, a region bordering China and Thailand that has its own government, army and cease-fire agreements with the Myanmar military, videos being shared online show life going on as usual, including the rollout of a coronavirus vaccination campaign.

Near Bangladesh in coastal Rakhine State, where the Rohingya were driven from and where violent clashes with the Arakan Army group have been ongoing for years, the junta last month removed the group from its list of terrorist groups, raising hopes of a lowering of hostilities.

The Arakan Army, unlike a number of other armed groups, had not criticized the coup. The group, however, since released a statement that declared its right to defend its territory and civilians against military attacks, leading some to fear a fresh escalation in fighting. Other armed groups have issued similar statements.

Some such as the Karen National Union have provided protection for civilians marching in anti-coup protests. Such actions have contributed to the calls for a "federal army” bringing together armed ethnic groups from across the country. However, analysts say such a vision would be hard to achieve due to logistical challenges and political disagreements among the groups.

"These groups are not in a position where they can provide the support against the Myanmar military needed in urban centers with large populations, or really too far outside their own regions,” said Ronan Lee, a visiting scholar at Queen Mary University of London’s International State Crime Initiative.

Despite the uncertainty of what's to come, some minority activists say they have been heartened since the coup by the increased focus on the role ethnic groups can take in Myanmar's future. They also say there appears to be greater understanding, at least among anti-coup protesters, of the struggle minorities have faced for so long.

"If there’s any silver lining in all of this, that’s it," said one activist, who spoke on condition of anonymity because of fears for their safety.