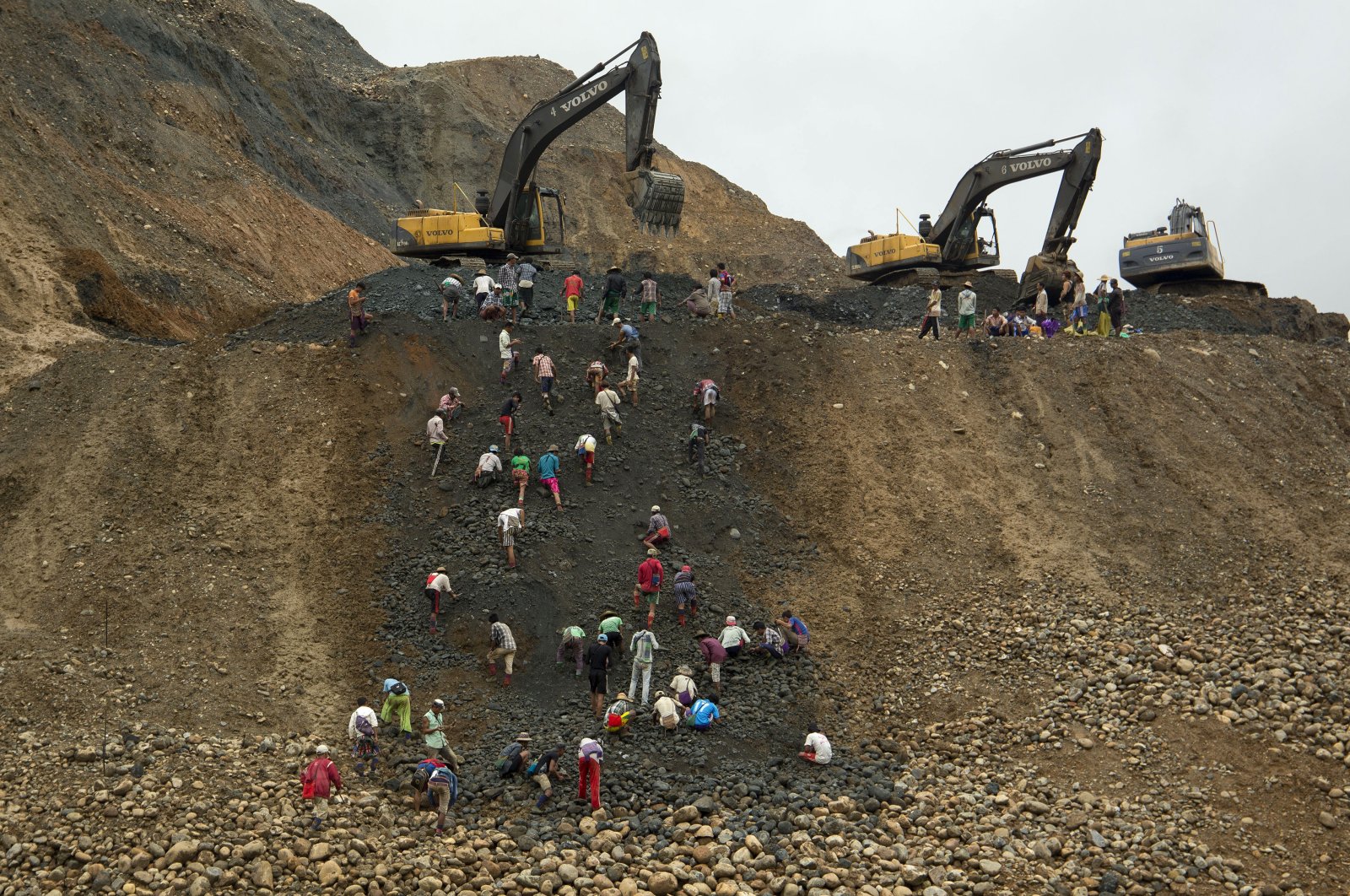 The military takeover in Myanmar has given the junta full control of the country’s lucrative and conflict-ridden jade mining, providing it with profits and leverage for consolidating power, researchers said Tuesday.

A flare-up in fighting around the mines in Hpakant, in remote Kachin state, also is adding to instability in the border region, independent research group Global Witness said in its report. Army and ethnic guerrilla forces have been fighting in Kachin for years. But they had largely cooperated to share in profits from mining the world's richest jade deposits, making the industry a hotbed for corruption instead of a national asset that could be invested for the public good.

Global Witness estimates the annual losses in the tens of millions of dollars. It and other experts say the Feb. 1 coup has disrupted the de facto cease-fire that had held around the mines, with fighting breaking out even in the jade-producing zone.

"It's an extremely unstable situation where the rule of law is just completely broken down," Keel Dietz, one of the report's authors, told The Associated Press (AP).

The civilian government of Aung San Suu Kyi made halting progress in cleaning up the industry after taking power in 2016. It suspended issuing or renewing jade mining permits. A new law restricts licenses to a maximum of three years, adding to the incentive to mine illicitly and as quickly as possible. Now the military, known as the Tatmadaw, controls who can mine and who cannot and can dole out licenses to buy loyalty and try to splinter rival groups, Dietz said.

Global Witness and other groups are calling for stronger sanctions against the junta to help counter what has become a free-for-all rush to dig out as much of the precious stone as possible.

"It is up to the international community to limit the amount of funding the military can receive from selling Myanmar’s natural resources by preventing the import of those resources and blocking financial transactions that pay for them,” the report says.

In an earlier report, Global Witness documented how the industry is dominated by networks of military elites, drug lords and crony companies. The situation has barely changed, those familiar with the region say. That has created incentives for both sides in the conflict to maximize production, at a huge cost to the environment.

Nearly a half-million people migrate into the region to work in the mines or to pick through mine tailings, hunting for stones that might have valuable jade inside. Hundreds of people have died from landslides on the unstable slopes of the open-pit mines. Profits from the industry are seized by those controlling the mines and trade routes.

"Jade probably has been the military’s most lucrative sector except petroleum. Other mining like copper has made them a lot of money too. Rare earths less so, although not insignificant,” said Edith Mirante, director of Project Maje, which researches Myanmar’s environmental issues.

The U.S. government and the United Kingdom have imposed sanctions on Myanmar Gems Enterprise, on key military-controlled companies, military leaders, their family members and other companies either controlled by or linked to the army.

The potential impact of sanctions against the gemstone industry is limited, however, since nearly all jade and a large share of other precious stones and pearls produced in Myanmar go to China, often through illicit channels.

Many of the mining operations are conducted by Chinese companies allied with Myanmar partners. Over the decades, the military has often extracted huge revenues from mining while the Kachin have arrangements to tax smuggling routes into China, the destination for most of the jade mined in the region.

Now, with people in Kachin protesting against the coup, antagonisms are deepening, said David Dapice, an expert on Southeast Asia at Harvard University's Ash Center. "A lot of fighting is over the share of who gets what," with none of those involved prepared to trust each other, he said in an email.

"The military has circled the wagons anyway and is not in a compromising mood."

At times in the past, fighting has spilled over the border, killing or injuring Chinese civilians. But the graver, longer-term problem is lawlessness, a breakdown in the rule of law that "has the potential to supercharge other illegal activities, such as narcotics production and animal trafficking, that the Chinese government is likely more concerned about than it is about jade," Dietz said. "Instability breeds instability and I think that’s really important especially for the Chinese government to understand. This is a disaster brewing right on their border,” he said.