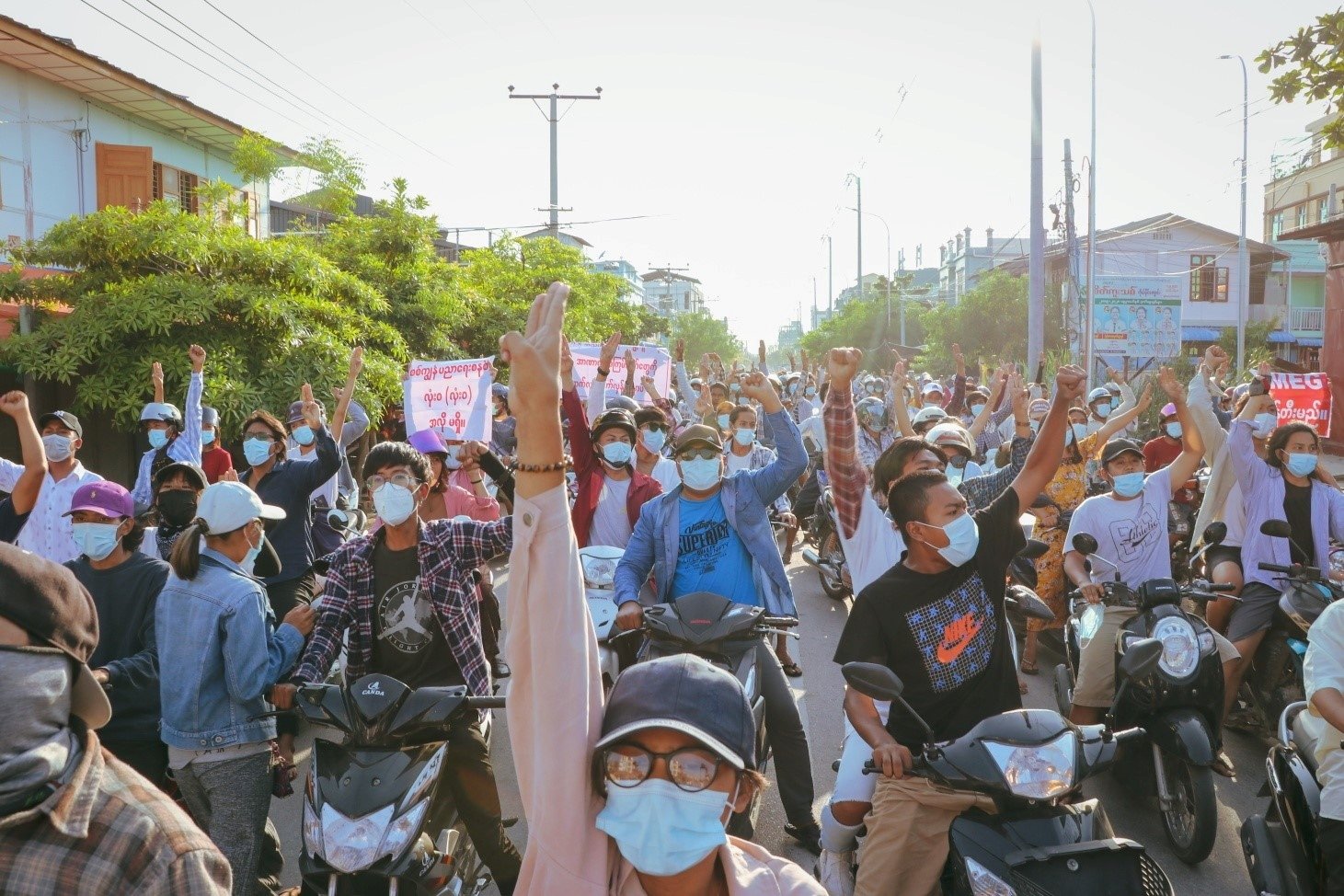 In this picture obtained from social media, people protest the military coup in Mandalay, Myanmar, May 16, 2021. (Reuters via social media)
by REUTERS May 17, 2021 5:41 pm
RECOMMENDED

In the latest of a series of disciplinary measures, the United States imposed fresh sanctions on Myanmar's junta on Monday, targeting the governing State Administrative Council (SAC) and 13 officials in light of the military coup in the country.

The Southeast Asian country, also known as Burma, has been in crisis since the military seized power from Aung San Suu Kyi's elected government on Feb. 1, with almost daily protests and a crackdown by the junta in which hundreds of people have been killed.

The U.S. Treasury Department in a statement accused the SAC, formed a day after the coup, of being created by Myanmar's military to support its "unlawful overthrow of the democratically elected civilian government".

Among those blacklisted in Monday's move were four members of the SAC, as well as nine other officials the Treasury said were key members of Myanmar's military government, including the governor of the country's central bank, the minister for international cooperation and the chairperson of the military-appointed electoral body, the Union Election Commission.

The move appeared to be the first time Washington has targeted civilian officials who are working with the junta, although some of them are retired military officers.

The Treasury also imposed sanctions on three adult children of U.S.-blacklisted Myanmar military officials, according to the statement.

"Burma's military continues to commit human rights abuses and oppress the people of Burma. Today's action demonstrates the United States' commitment to work with our international partners to press the Burmese military and promote accountability for those responsible for the coup and ongoing violence," Andrea Gacki, director of the Treasury's Office of Foreign Assets Control, said in the statement.

Washington's move freezes any U.S. assets of those blacklisted and generally bars Americans from dealing with them.

Western nations have led condemnation of the junta and applied limited sanctions since it took power alleging fraud in an election won by Suu Kyi's party in November. Its allegations of irregularities were rejected by the electoral commission.