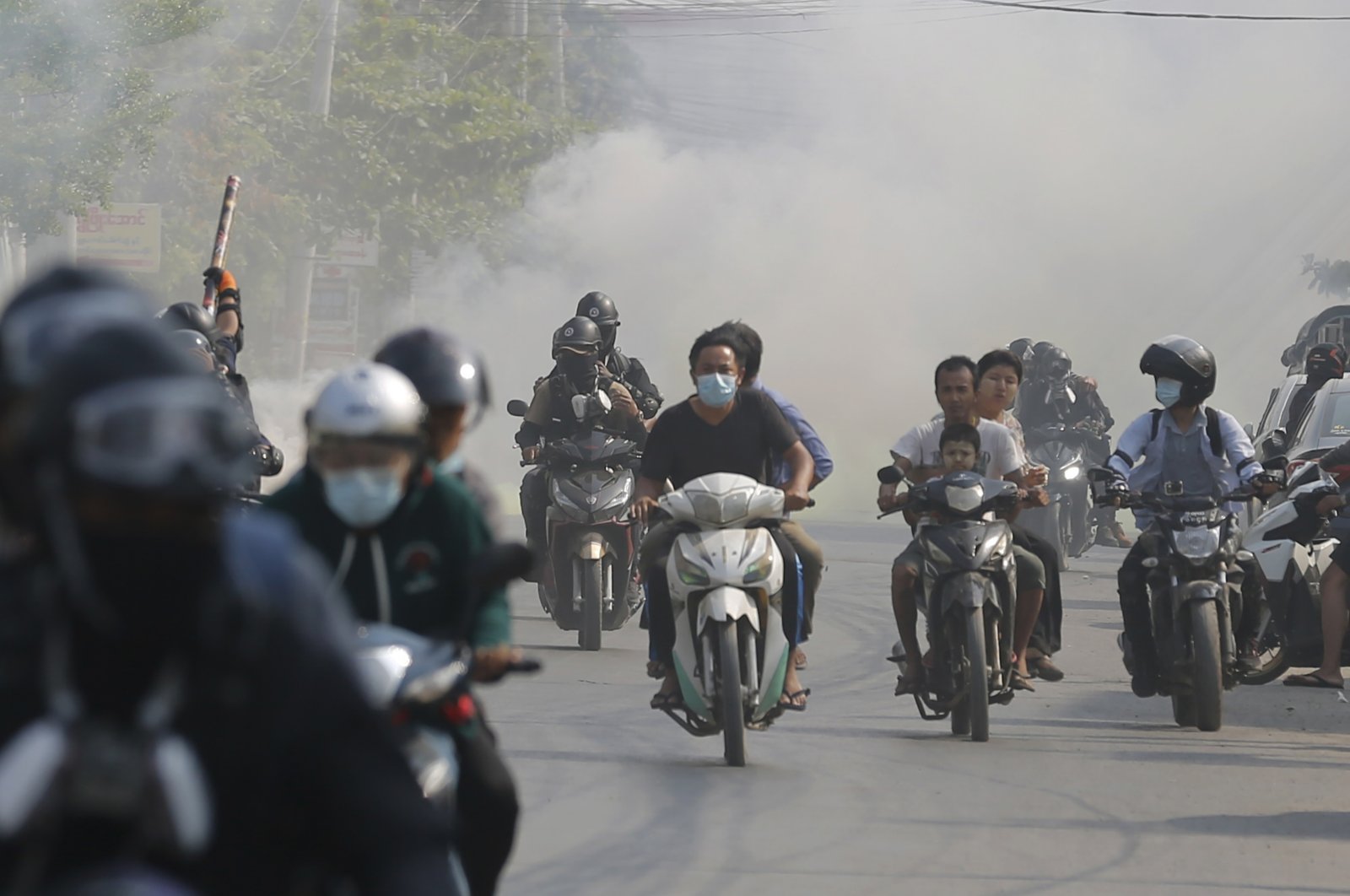 Protesters against last month’s military takeover in Myanmar returned to the streets in large numbers Thursday, a day after staging a "silence strike” in which people were urged to stay home and businesses to close for the day.

Security forces sought to break up some of the protests by force. Social media accounts and local news outlets reported violent attacks on demonstrators in Hpa-an, the capital of the southeastern Karen state, as well as the eastern Shan state’s capital of Taunggyi and Mon state's capital of Mawlamyine, also in the southeast. It was not clear if soldiers used live ammunition in addition to firing rubber bullets at the demonstrators.

According to Democratic Voice of Burma (DVB), a broadcast and online news service, two young men were shot and seriously wounded in Hpa-an. Other protests on Thursday morning proceeded peacefully, including in Mandalay, the country’s second-biggest city, and on a smaller scale in neighborhoods of Yangon, the largest metropolis.

DVB also reported that another young man was killed and at least four other people wounded Wednesday night in what it described as a crackdown by the army in Kyaukpadaung, a town in central Myanmar.

The military's Feb. 1 seizure of power ousted the elected government of Aung San Suu Kyi, whose party won a landslide election victory last November. It put the brakes on the Southeast Asian nation's return to democracy that began when Suu Kyi's party took office in 2016 for its first term, after more than five decades of military rule Myanmar's Assistance Association for Political Prisoners (AAPP) says at least 286 people have been killed in connection with the crackdown.

It says 2,906 people have been arrested, charged or sentenced at one point in connection with resisting the coup, with most remaining detained. Kanbawza Tai News, an online news service based in Taunggyi, reported that four of its staff, including its publisher and its editor, were detained Wednesday night. It said the home of the editor was raided and materials seized.

The detentions constitute the junta’s latest attack on press freedom. About 40 journalists have been detained since the Feb. 1 coup, and roughly half are still in custody. The military government has also ordered at least five news outlets to shut down, although they continue to operate. Thein Zaw, a journalist for The Associated Press (AP) who was arrested last month while covering an anti-coup protest, was released Wednesday.

The judge in his case announced during a hearing that all charges against him were dropped because he was doing his job at the time of his arrest. He had been facing a potential three-year prison sentence under the public order law he was charged with violating.

On Wednesday, more than 600 protesters were released from Yangon's Insein Prison, where Thein Zaw had also been held – a rare conciliatory gesture by the ruling military.

A Polish freelance journalist, Robert Bociaga, said Wednesday he'd also been freed but was being expelled from Myanmar. He was detained on March 12 while covering a protest in Taunggyi. Bociaga said in an email to AP that on Monday he was fined and ordered deported, and on Wednesday was sent to Yangon.

He said he was due to take a flight to Europe on Thursday.

"We are relieved to confirm that Robert has been released from custody,” The Diplomat, an online publication he worked for, said on Twitter. "We recognize, however, that others remain behind bars. We call for all journalists held in Myanmar to be released immediately.”