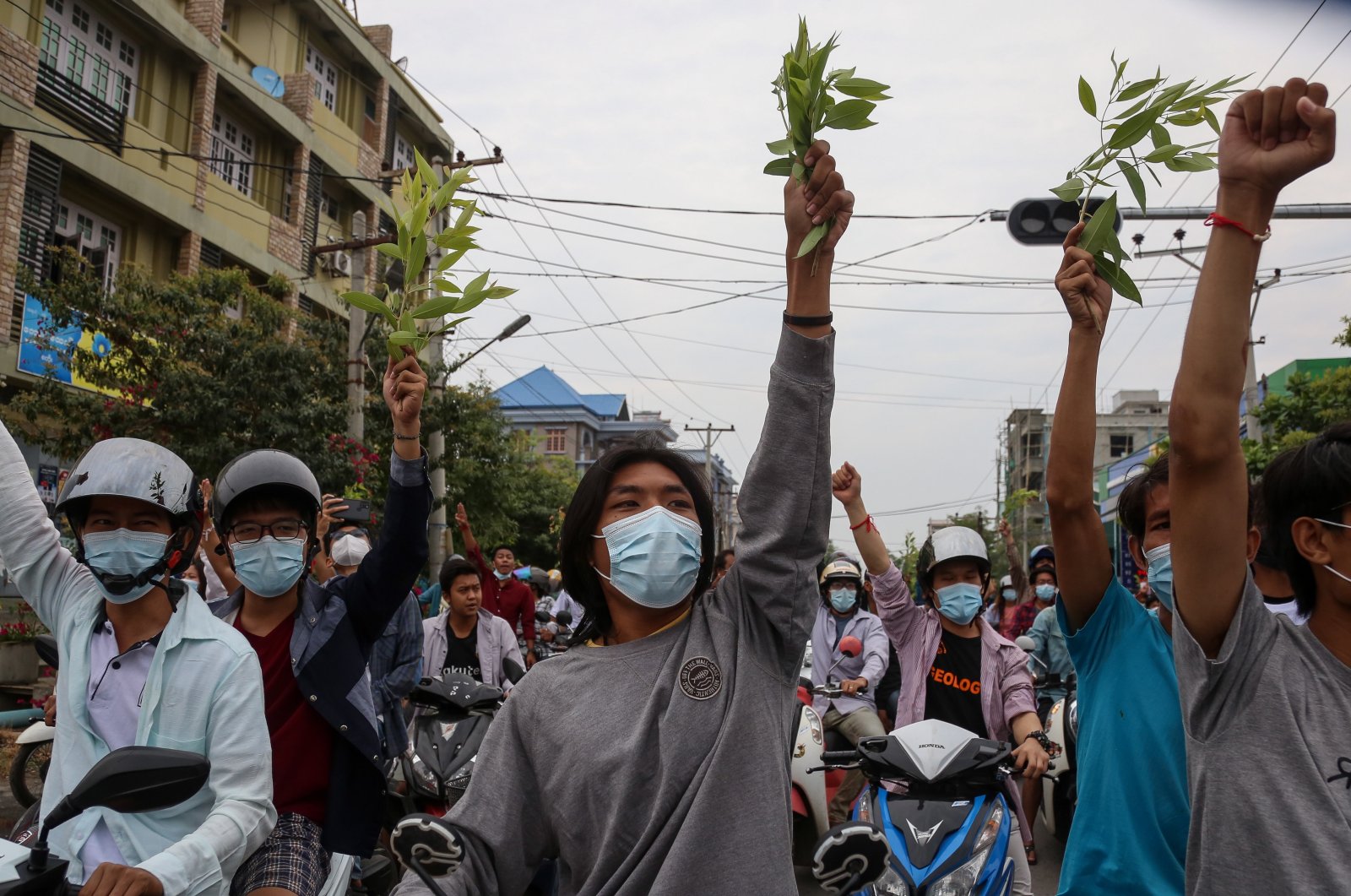 Although Myanmar's military continues to detain and issue arrest warrants for anti-coup dissidents, it announced plans Saturday to release over 23,000 prisoners countrywide.

Myanmar typically grants an annual amnesty to thousands of prisoners to mark its traditional Buddhist New Year holiday – which in previous years have been joyous affairs with citywide water fights.

But this year, with the military back in power after ousting civilian leader Aung San Suu Kyi, anti-coup activists have used the holiday as an opportunity to protest the growing death toll and mass arrests.

It remains unclear whether anti-junta protesters or journalists jailed for covering the coup will be among those freed.

A prison official told Agence France-Presse (AFP) on condition of anonymity that jails across the country will start freeing more than 23,000 people on Saturday.

"We will release more than 800 prisoners from Insein prison" in commercial hub Yangon, he added, declining to elaborate.

In February and in March, the junta released a similar number of prisoners, with some rights groups at the time fearing the move was to free up space for opponents of the military as well as cause chaos in communities.

On Wednesday a rebel group executed a man who had been freed in that amnesty, who it said had subsequently raped and killed a five-year-old girl.

But since the February 1 coup, more than 3,100 people – the bulk of them anti-coup protesters and activists – have been detained, according to local monitoring group Assistance Association for Political Prisoners.

By Friday night, they totaled 380.

Some 80 doctors have also been named as wanted fugitives for attempting to "deteriorate peace and stability."

Myanmar's health care workers have been at the forefront of a nationwide civil disobedience movement, refusing to return to work under a military regime. Their absence has left many of the country's hospitals unstaffed during the pandemic.

The country has been under the junta's control for 11 weeks.

The military has consistently justified the putsch by alleging widespread fraud in November's elections, which Suu Kyi's party had won in a landslide.