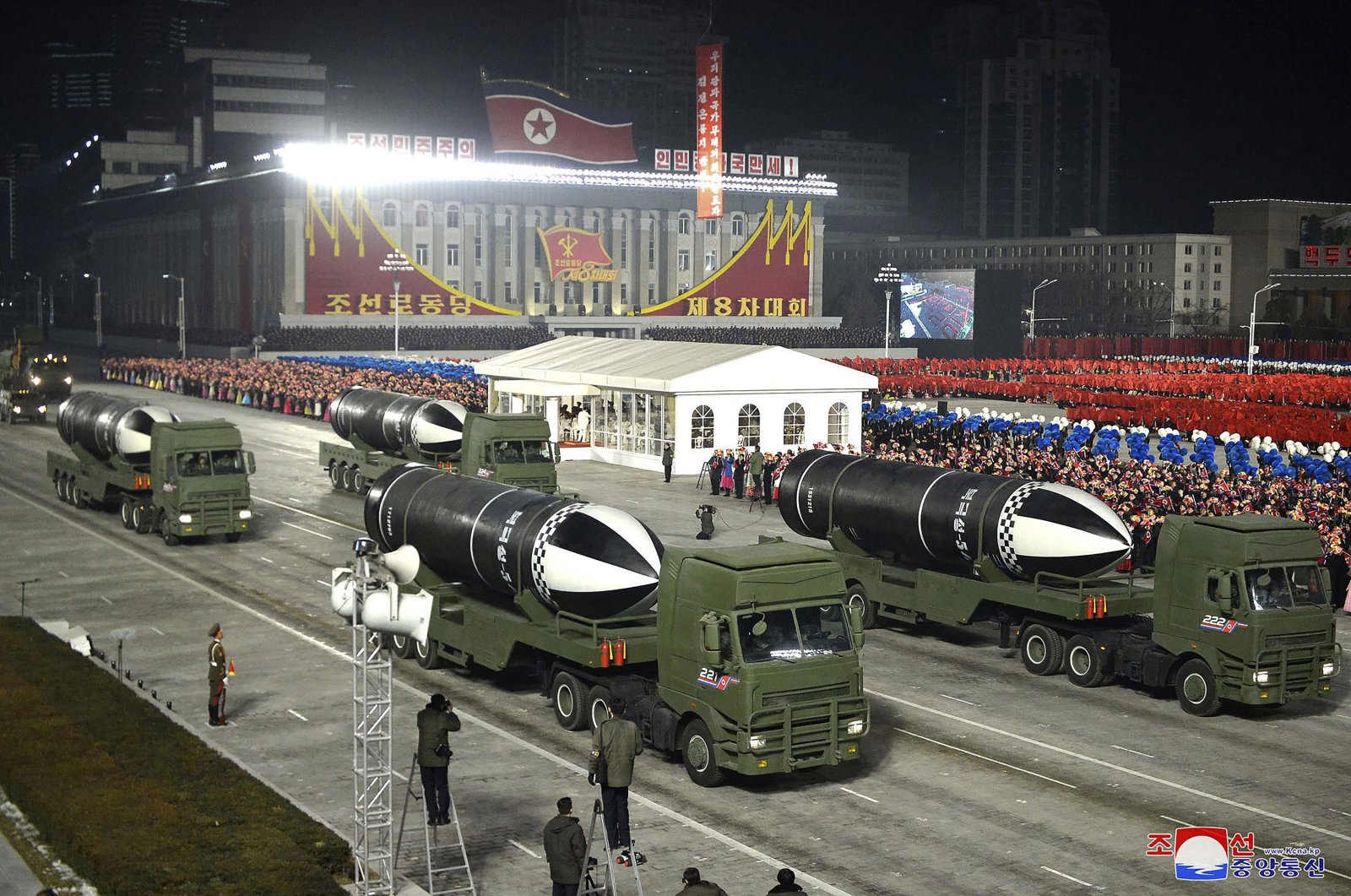 North Korea has modernized its nuclear weapons and ballistic missiles by flaunting United Nations sanctions and continues to seek material and technology overseas for its arsenal, U.N. experts said.

The panel of experts monitoring sanctions on the northeast Asian nation said in a report sent to Security Council members Monday that Kim Jong Un’s government has also produced fissile material – an essential ingredient for producing nuclear weapons – and maintained its nuclear facilities.

The Security Council has imposed increasingly tough sanctions on North Korea since its first test explosion of a nuclear device in 2006. It has banned most of the country's exports and severely limited its imports, trying to pressure Pyongyang into abandoning its nuclear and ballistic missile programs.

But the report’s summary, obtained by The Associated Press (AP), makes clear North Korea remains able to evade sanctions and develop its weapons with the illicit import of refined petroleum, access to international banking channels and "malicious cyber activities.”

The arsenal of North Korean leader Kim Jong Un escalated to a major threat to the United States following tests in 2017 that included a detonation of a purported thermonuclear warhead and flight tests demonstrating its ICBMs could reach deep in the American mainland.

A year later, Kim initiated diplomacy with South Korea and then-President Donald Trump that derailed in 2019 when the Americans rejected North Korea’s demands for major sanctions relief in exchange for a piecemeal deal partially surrendering its nuclear weapons capabilities.

Last year, North Korea’s already battered economy decayed further amid the COVID-19 pandemic, which led Kim to close the country's borders. That severely limited the legal and illegal transfer of goods and movement of people, according to the experts.

At a North Korean political conference, Kim sharply criticized his government's economic agencies for unspecified passiveness and "self-protecting tendencies," the North's state media reported Tuesday. His remarks follow a ruling party congress last month where Kim called for greater state control over the economy while also vowing to continue all-out efforts to boost his nuclear program, which North Korea sees as a deterrent to the U.S. and thus an assurance of the Kim dynasty's continued existence.

With his diplomatic efforts stalemated, Kim must start all over again with President Joe Biden, who previously called him a "thug" and criticized Trump for summit spectacles instead of significant nuclear reductions.

The U.N. panel said North Korea's "malicious cyber activities" have illegally obtained proceeds "estimated at up to $2 billion" to fund its weapons programs. The Reconnaissance General Bureau, an intelligence agency on the U.N. sanctions blacklist, engaged in "the targeting of virtual assets and virtual asset service providers, and attacks on defense companies," the panel said.

The experts said they also investigated attempted violations of the U.N. arms embargo, including illegal actions of blacklisted companies. They cited the Korea Mining Development Trading Corporation, alleged military cooperation by North Korea, and the use of the country’s overseas diplomatic missions for commercial purposes.

It cited images, data and calculations from an unidentified country showing that between Jan. 1 and Sept. 30 last year North Korea received shipments of refined petroleum products exceeding the annual ceiling of 500,000 barrels set by the Security Council "by several times."

U.N. sanctions ban North Korean coal exports, and the panel said shipments of coal appear to have been largely suspended since late July 2020.

It said that last year, North Korea continued to transfer fishing rights in violation of sanctions, which earned the country $120 million in 2018, according to an unnamed member state.

Under a 2017 sanctions resolution, all North Korean nationals working overseas were to be repatriated by Dec. 22, 2019. The experts said they investigated North Korean workers earning income in sub-Saharan Africa as well as information technology workers dispatched by the Munitions Industry Department.