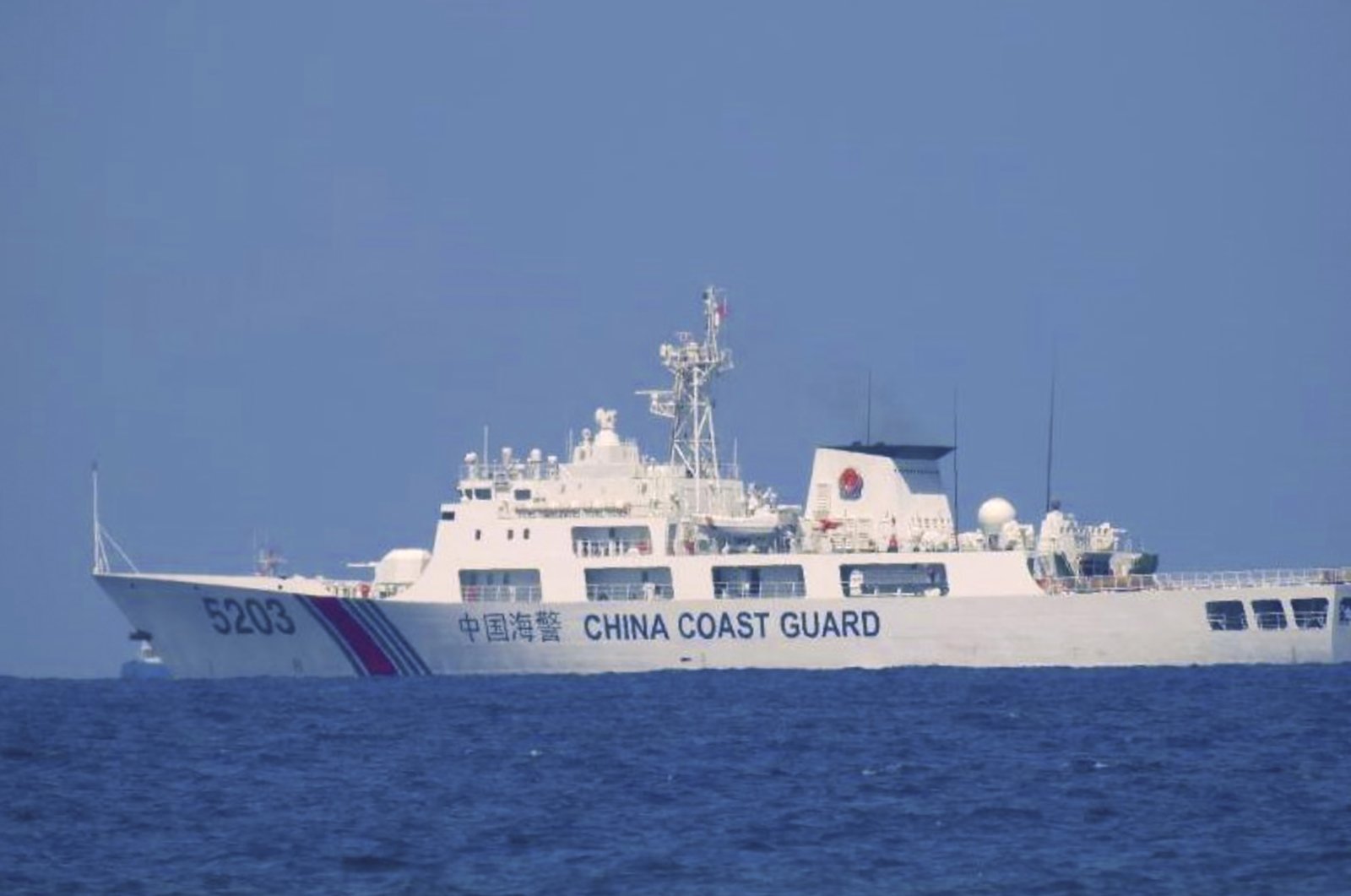 China's coast guards attacked two Philippine supply boats with water cannons, blocking their way as the boats were heading to a disputed shoal occupied by Filipino marines in the South China Sea, provoking an angry protest against China and a warning from the Philippine government that its vessels are covered under a mutual defense treaty with the United States, Manila’s top diplomat said Thursday.

Philippine Foreign Secretary Teodoro Locsin Jr. said no one was hurt in the incident in the disputed waters on Tuesday, but the two supply ships had to abort their mission to provide food supplies to Filipino forces occupying the Second Thomas Shoal, which lies off western Palawan province in the Philippines’ internationally recognized exclusive economic zone.

Locsin said in a tweet that the three Chinese coast guard ships’ actions were illegal and he urged them "to take heed and back off.”

The Philippine government has conveyed to China "our outrage, condemnation and protest of the incident,” Locsin said, adding that "this failure to exercise self-restraint threatens the special relationship between the Philippines and China” that President Rodrigo Duterte and his Chinese counterpart, Xi Jinping, have worked hard to nurture.

There was no immediate comment from Chinese officials in Manila or Beijing.

The incident is the latest flare-up in the long-simmering territorial disputes in the strategic waterway, where China, the Philippines, Vietnam, Malaysia, Brunei and Taiwan have overlapping claims. China claims virtually the entire waterway and has transformed seven disputed shoals into missile-protected island bases to cement its claims, ratcheting up tensions and alarming rival claimants and Western governments led by the U.S.

National Security Adviser Hermogenes Esperon told reporters in Manila that the government will deploy coast guard and Bureau of Fisheries vessels instead of Navy ships to back up Filipino forces and enforce Philippine fishing laws at Second Thomas Shoal, which Filipinos call Ayungin and China refers to as the Ren’ai reef.

The number of Chinese surveillance ships has increased in recent weeks in the far-flung shoal and also around Thitu, a larger Philippine-occupied island in the Spratly archipelago in the South China Sea’s most hotly contested area, he said.

Philippine forces won’t be deterred from traveling again to the shoal following the incident, he said.

"We will continue the resupply and we do not have to ask the permission of anybody because that is within our territory,” Esperon said.

The Philippine military deliberately ran aground a World War II-era warship, the BRP Sierra Madre, at the submerged shoal in 1999 to fortify its claim and provide shelter to a small contingent of Filipino marines.

The Sierra Madre is now effectively a rusty shipwreck but the Philippine military has not decommissioned it. That makes the ship an extension of the government and means any attack on the ship is tantamount to an assault against the Philippines.

In 2014, the Philippine military invited more than a dozen journalists, TV cameramen and photographers, including from The Associated Press (AP), on a resupply mission to the shoal in a bid to draw global attention to what Philippine officials have called China’s bullying tactics.

The Chinese ships blew their horns intimidatingly, but the boat managed to maneuver toward the Sierra Madre through shallow waters dotted with rocky coral outcrops, preventing the Chinese ship from pursuing.

Washington has no claims in the busy waterway but has patrolled the region with its Navy ships and aircraft to assure its allies, including the Philippines, and ensure freedom of navigation and overflight. China has repeatedly warned the U.S. to stay away from the disputed waters and not meddle in what it says is a regional issue.

President Joe Biden and his predecessor Donald Trump have repeatedly assured the Philippines that the U.S. will honor its obligation under the two nations’ Mutual Defense Treaty if Philippine forces, ships or aircraft come under attack in the long-disputed region.