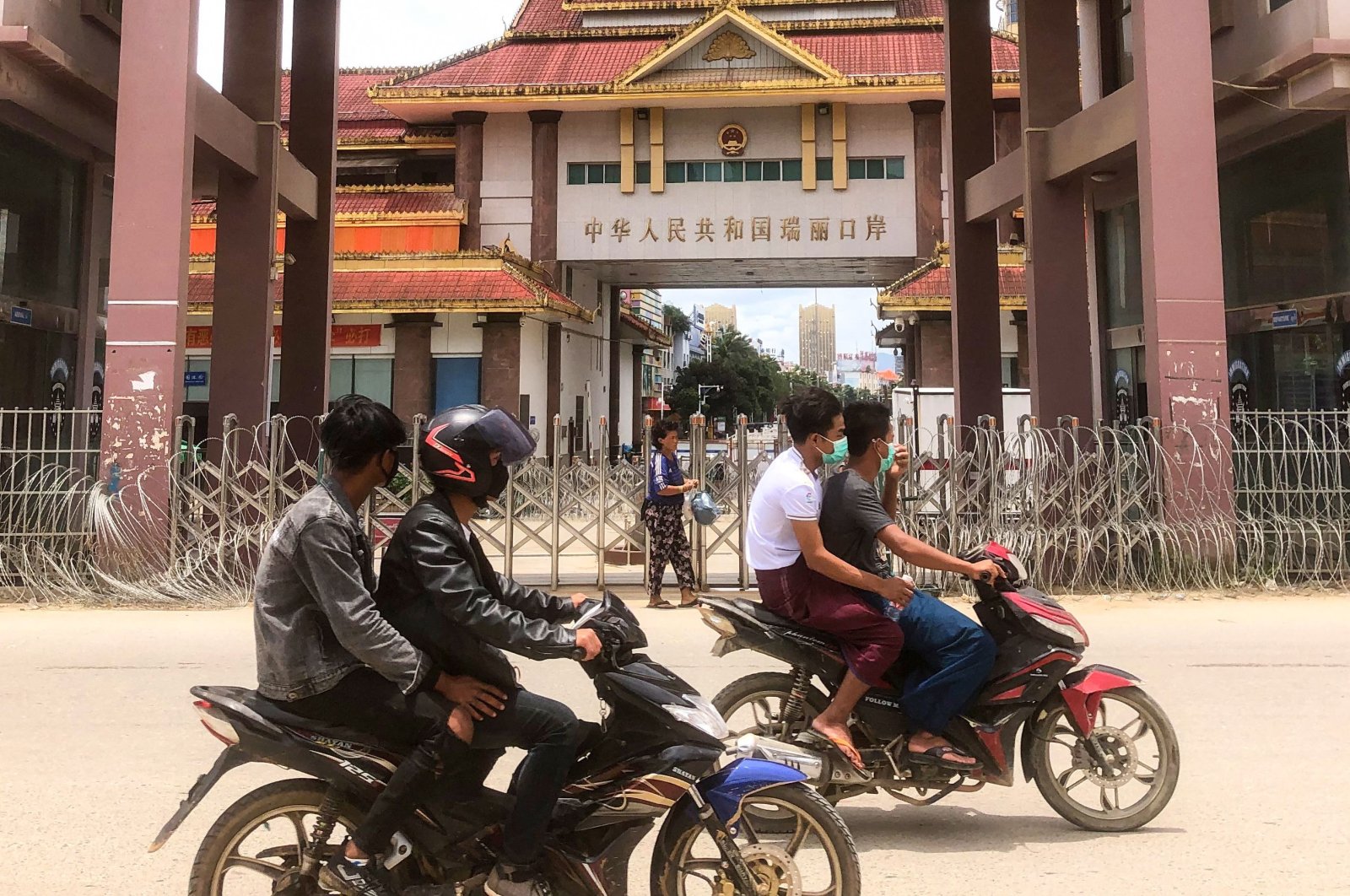 Motorists pass the China-Myanmar border gate in Muse in Shan state, as the Chinese city of Ruili near the border with Myanmar imposed a lockdown and started mass testing after three coronavirus cases were reported, July 5, 2021. (AFP Photo)
by Agencies Sep 24, 2021 12:06 pm
RECOMMENDED

Parts of the military-built capital Naypyitaw were also experiencing outages. Local media reported an official from Naypyitaw's Electricity Department as saying the national grid had suffered a "system breakdown," without elaborating.

Power outages are common in Myanmar thanks to a creaky and outdated electricity grid, with demand regularly outstripping supply during the country's sweltering summer months.

The country has been in turmoil since a Feb. 1 military coup that ousted the government of civilian leader Aung San Suu Kyi. Yangon's state-backed electricity provider warned residents in July that electricity supply could be disrupted if they continued refusing to pay their power bills – part of an ongoing boycott of junta services.

Myanmar faces the dramatic slump, the Asian Development Bank (ADB) said Friday. The institution has now predicted an 18.4% year-on-year decline in gross domestic product (GDP) for the troubled country in its economic outlook for the region for 2021.

The country formerly known as Burma is the only country in South-East Asia in the list where economic output is declining. The Myanmar currency rate has been decreasing and the central bank has sold at least $45 million within the last 10 days, but it has not stopped the rise in the U.S. dollar exchange rates on the market.

Junta chief Min Aung Hlaing this week expressed optimism that the crisis can be overcome by means of a six-month national plan: "If Myanmar can upgrade the industries based on agriculture and livestock farms, the state economy is sure to resurge," he said.

Experts see it differently. Citizens have as little trust in the military leadership as in the central bank, an adviser to a top business group in Myanmar, who wished to remain anonymous, told Deutsche Presse-Agentur (dpa) on Friday.

"Due to the decrease in the economy, there isn't much demand from the consumers, so they are buying only necessity items. To revive this within six months is impossible," the adviser stressed.

Since the overthrow of her civilian government chaos has reigned and the generals are brutally suppressing all resistance. According to estimates by the Assistance Association for Political Prisoners (AAPP), more than 1,100 people have already been killed and 8,000 others arrested. Suu Kyi is under house arrest. Various legal proceedings are underway against her.