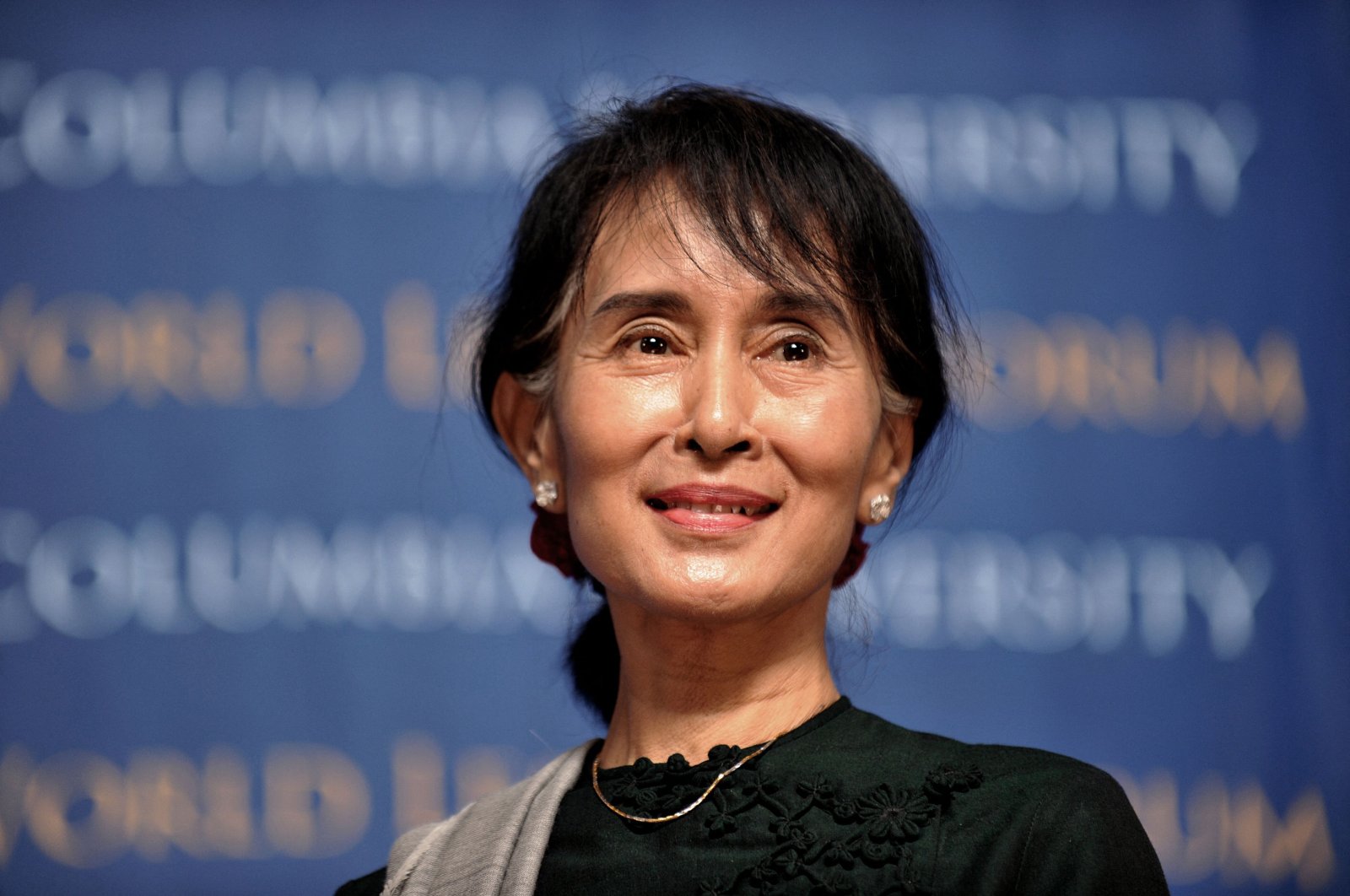 Near daily protests have rocked Myanmar since the generals' Feb. 1 putsch. The mass uprising has been met with a brutal military crackdown that has killed more than 850 civilians, according to a local monitoring group. The junta has brought an eclectic raft of charges against the Nobel laureate, including claims she accepted illegal payments of gold and violated a colonial-era secrecy law.

On Monday, her defense team was set to cross-examine witnesses over charges she improperly imported walkie-talkies and flouted coronavirus restrictions during last year's elections that her National League for Democracy (NLD) party won in a landslide.

Her lawyers – who have been allowed to meet with her just twice since she was placed under house arrest – have said they expect the trial to wrap up by July 26. Hearings will take place every Monday.

Journalists are barred from proceedings in the special court in the capital Naypyitaw, but Agence France-Presse (AFP) reporter said there was a heavy police presence outside.

"We are hoping for the best but prepared for the worst," Khin Maung Zaw, one of Suu Kyi's lawyers, told AFP ahead of the hearing.

A separate trial is scheduled to start on June 15 over sedition charges she faces alongside ousted president Win Myint and another senior member of the NLD. If convicted of all charges, Suu Kyi, 75, faces more than a decade in jail.

"It is a show trial motivated only by political reasons," Debbie Stothard Coordinator of the Alternative ASEAN Network on Burma told AFP. "Min Aung Hlaing is determined to lock up Aung San Suu Kyi for the rest of her life. If he could, he would probably charge her under every law available."

Suu Kyi spent more than 15 years under house arrest during the previous junta's rule before her 2010 release. Her international reputation diminished following her defense of military-led violence against Myanmar's marginalized Muslim Rohingya community.

But the coup has returned Suu Kyi to the role of cloistered democracy icon. On Thursday, she was hit with additional corruption charges over claims she illegally accepted $600,000 in cash and around 11 kilos of gold. Her lawyer Khin Maung Zaw dismissed the new charges – which could see Suu Kyi hit with another lengthy prison term – as "absurd"

Myanmar has plunged into a "human rights catastrophe" since the coup, the U.N. rights chief Michelle Bachelet said Friday, adding that the military leadership was "singularly responsible" for the crisis.

The junta has previously said it would hold fresh elections within two years but has also threatened to dissolve the NLD.