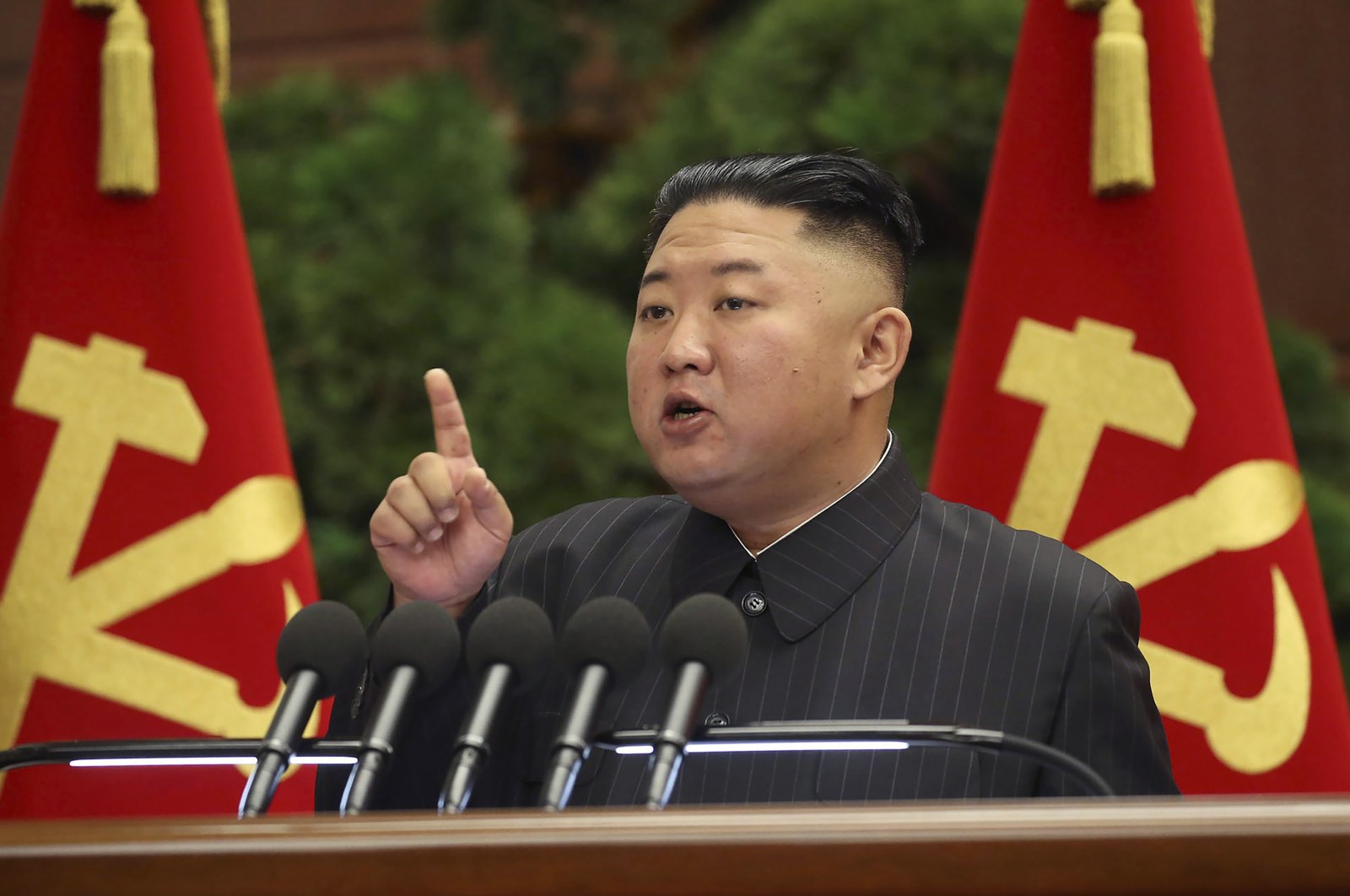 "As a precondition to reopen talks, North Korea argues that the United States should allow mineral exports and imports of refined oil and necessities," Ha Tae-keung, a member of the parliamentary intelligence committee, told reporters, citing Park.

"I asked which necessities they want the most, and they said high-class liquors and suits were included, not just for Kim Jong Un's own consumption but to distribute to Pyongyang's elite," he said, referring to North Korea's leader.

North Korea's state-run media made no mention Tuesday of any new request for the lifting of sanctions to restart talks.

Washington has given no indication of a willingness to ease sanctions ahead of any talks. Secretary of State Antony Blinken planned to call on Southeast Asian counterparts in a virtual meeting this week to fully implement sanctions on North Korea, department spokesperson Ned Price said Monday.

Price reiterated Tuesday that the U.S. was willing to meet North Korea "anytime, anywhere, without preconditions," but there had been no response.

Another State Department spokesperson added, "In the meantime, in the absence of any type of engagements, United Nations sanctions on (North Korea) remain in place and we will continue to enforce them along with the international community."

The United Nations has imposed a wide range of sanctions on North Korea over its development of nuclear weapons and ballistic missiles. The United States and others have also imposed their own sanctions.

North Korea has not tested a nuclear weapon or an intercontinental ballistic missile since 2017 and a historic meeting between Kim Jong Un and former U.S. President Donald Trump in 2018 raised hopes for a diplomatic breakthrough.

Trump had two subsequent meetings with Kim but made no progress in getting North Korea to give up its nuclear and missile programs in exchange for sanctions relief.

Kim Byung-kee, another South Korean legislator, said North Korea appeared to have "harbored discontent" with Washington for not offering concessions for the test freeze.

"The United States should be able to bring them back to dialogue by readjusting some sanctions," Kim said, citing Park.

Kim Jong Un's sister, Kim Yo Jong warned South Korea on Sunday that its joint exercises with the U.S., which North Korea sees as preparations for an invasion, would undermine a thaw between the two Koreas.

Kim Byung-kee quoted Park as saying there was "a need to consider responding flexibly to South Korea-U.S. military exercises."

Ha Tae-keung said Kim Jong Un and South Korean President Moon Jae-in had expressed a willingness to rebuild trust and improve ties since April and Kim had asked to reconnect the hotlines.

The lawmakers said North Korea needed some 1 million tonnes of rice, even after releasing reserves saved in case of war, as its economy had been battered by the coronavirus and bad weather.

"They're running out of the reserves and banking on some 400,000 tons of summer crops including barley and potatoes they've just harvested," Kim Byung-kee said.