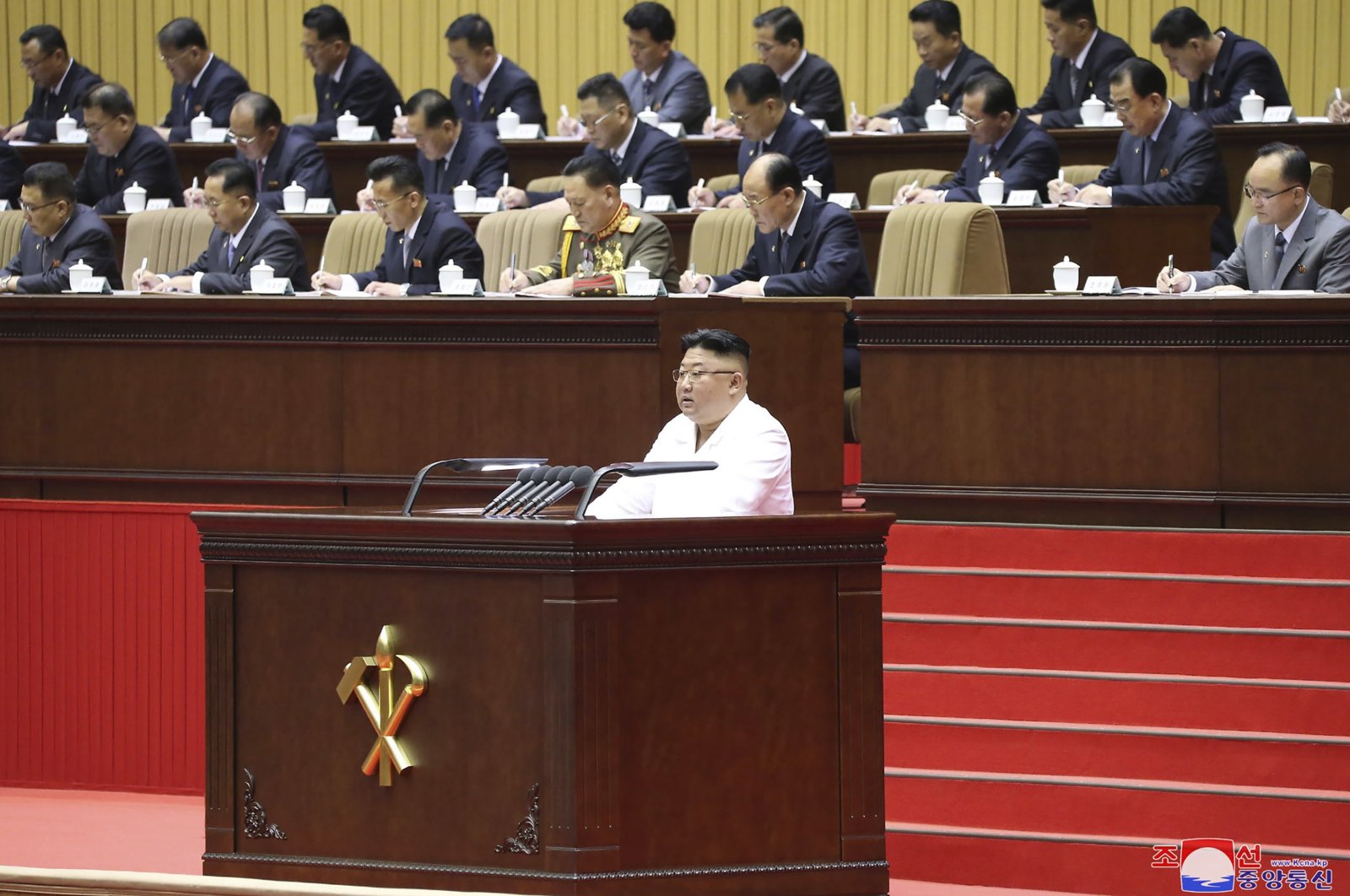 North Korea's leader Kim Jong Un addressed thousands of members of his ruling party recently during a major political conference in the country's capital Pyongyang and stated that they had to overcome unprecedented challenges as they faced the "worst-ever situation” in a time of pandemic and rising tensions with the United States.

Experts say Kim is facing perhaps his toughest moment as he approaches a decade in rule, with North Korea’s coronavirus lockdown unleashing further shock on an economy devastated by decades of mismanagement and crippling U.S.-led sanctions over his nuclear weapons program.

The North’s official Korean Central News Agency said Kim made the comments during an opening speech at a meeting of the Workers’ Party’s cell secretaries on Tuesday.

"Improving the people’s living standards ... even in the worst-ever situation in which we have to overcome unprecedentedly numerous challenges depends on the role played by the cells, the grassroots organizations of the party,” Kim said.

He urged members to carry out the decisions made at a party congress in January, when he vowed to bolster his nuclear deterrent in the face of U.S. pressure and announced a new five-year national development plan.

The congress came months after Kim during another political conference showed unusual candor by acknowledging that his plans to improve the economy weren’t succeeding.

During Tuesday’s speech, Kim also criticized the party’s grassroots units for unspecified "shortcomings” that should be immediately corrected to ensure the "healthy and sustainable” development of the party.

Party cells, which consist of five to 30 members, are the smallest units of party authority that oversee the works and lives at factories and other places. The network is an important tool for the Workers’ Party to perpetuate its power. The previous conference of cell secretaries was held in 2017.

The economic setbacks have left Kim with nothing to show for his ambitious diplomacy with former President Donald Trump, which collapsed over disagreements in lifting sanctions for the North’s denuclearization steps.

The North has so far rejected the Biden administration’s overture for talks, saying that Washington must discard its "hostile” policies first, and dialed up pressure by resuming tests of ballistic missiles last month after a yearlong pause.