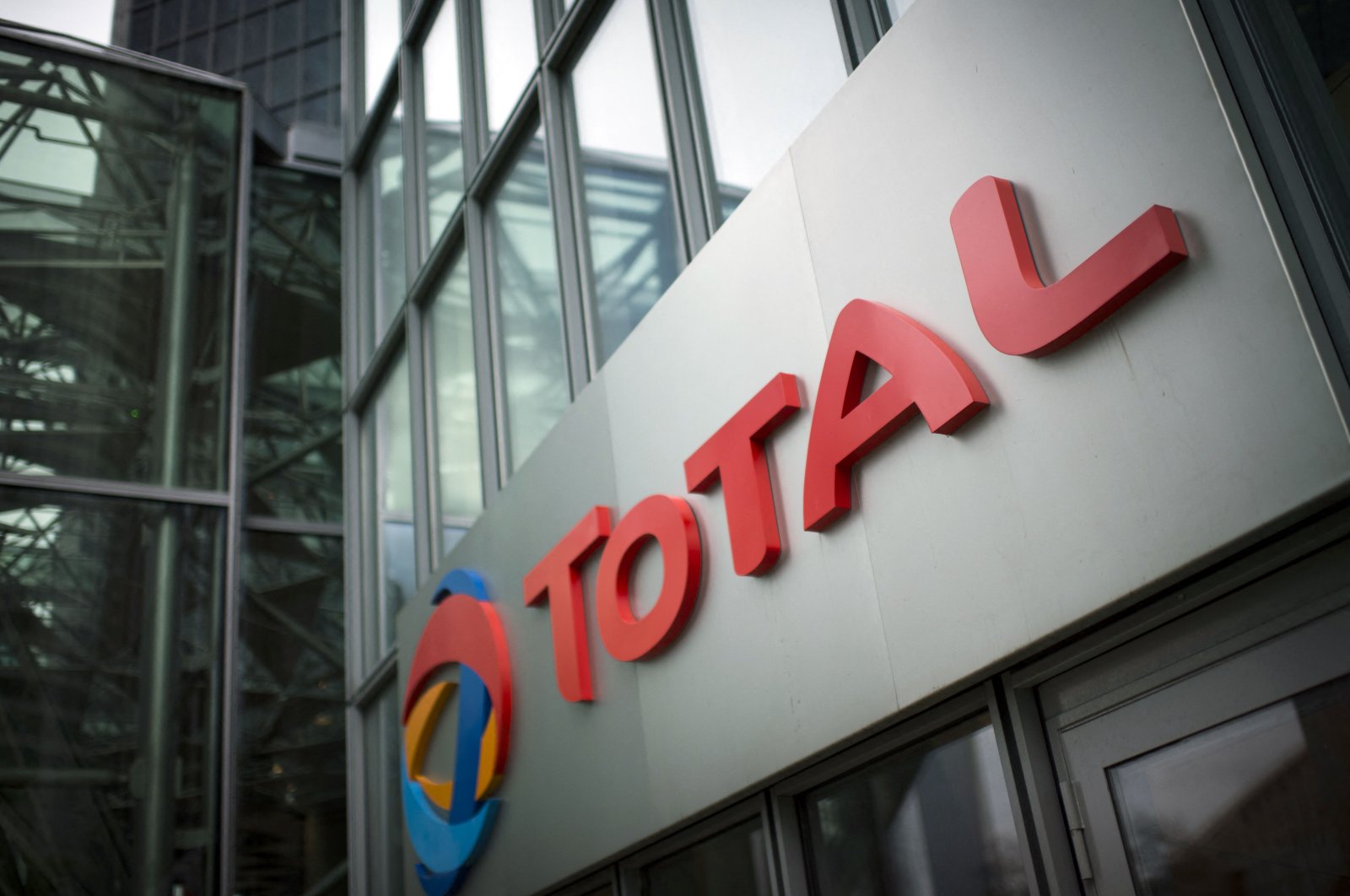 This file photo shows the logo of French oil company headquarters Total in La Defense business district on the outskirts of Paris, France, Oct. 21, 2014. (AFP Photo)
by Agencies May 28, 2021 10:40 am
RECOMMENDED

Natural gas revenue is the military's largest source of foreign currency income, including approximately $1 billion in duties, taxes, royalties, fees, tariffs and other profits, the New York-based rights watchdog said in a statement.

"Governments and energy companies should follow up a recent decision by Chevron and Total SA to suspend payments from a gas pipeline project in Myanmar with additional steps to cut off funding to the country's military junta,” it added.

The decision announced by Total and Chevron concerns only a 15% dividend paid by a pipeline company, the Moattama Gas Transportation Company, from profits received from transportation fees it earns moving gas from Myanmar's offshore Yadana gas field to Myanmar and Thailand. Total said the payments were suspended as of April 1. Total and Chevron together are the majority owners in Moattama, with 31.2% and 28.3% stakes, respectively.

The suspended payments are dividends to these companies based on their ownership share. According to Moattama financial records, the company paid MOGE about $38 million in 2018 and approximately $52 million in 2019, indicating that MOGE's overall gas transportation dividends from gas operations are less than 7% of the overall state revenue from natural gas.

Total's and Chevron's statements do not mention the hundreds of millions of dollars in additional tariffs, fees, and tax payments that Moattama pays to Myanmar military-controlled bank accounts.

The statement does not apply to hundreds of millions of dollars more that MOGE receives from its share of revenues from selling gas to PTT. According to Anadolu Agency (AA), Total acknowledged the dire situation in Myanmar and suggested in its statement that further action might be taken.

"Total condemns the violence and human rights abuses occurring in Myanmar and reaffirms that it will comply with any decision that may be taken by international and national authorities, including applicable sanctions issued by the EU or U.S. authorities,” it said in a statement.

Chevron's statement noted that the company "condemns the violence and human rights abuses" occurring in Myanmar.

"We stand with the people of Myanmar and the global community in urging for a peaceful resolution that respects the will of the people," it said.

The company said that it would respect sanctions imposed on additional gas revenue but cautioned against them.

"If governments effectively sanction or suspend the natural gas revenue generated for the military junta, it will lose $1 billion a year being used to hurt Myanmar's people,” said John Sifton, HRW Asia advocacy director. "That kind of economic impact could put real pressure on the military to stop its brutal repression and return the country to a democratic path."

Myanmar has been in chaos since the army took power and arrested Aung San Suu Kyi and other members of her party. The country has witnessed daily protests, marches and strikes against the junta.

Security forces have responded with lethal force, killing more than 800 people, according to the Assistance Association for Political Prisoners (AAPP) activist group. The military disputes this figure, and coup leader Min Aung Hlaing recently said about 300 people had been killed in the unrest, including 47 police, as Agence France-Presse (AFP) reported.

As well as renewed conflict with ethnic forces in border areas, fighting has also escalated between Myanmar's army and often rag-tag militias opposed to the military in some regions.

In eastern Myanmar near the border of Shan and Kayah states, dozens of security forces and local fighters have been killed in recent fighting, according to residents and media reports.

A resident taking refuge near the town of Demoso reported on Friday that power was down and fighting had flared on Thursday night with the constant thud of artillery.

"We feared that the bombs will hit us. It made me tremble as they were constantly firing," said the resident, who asked not to be identified.

She said everyone had fled Demoso and estimated that more than 40,000 people were taking refuge in areas around the town and were in need of food, clothing and shelter.