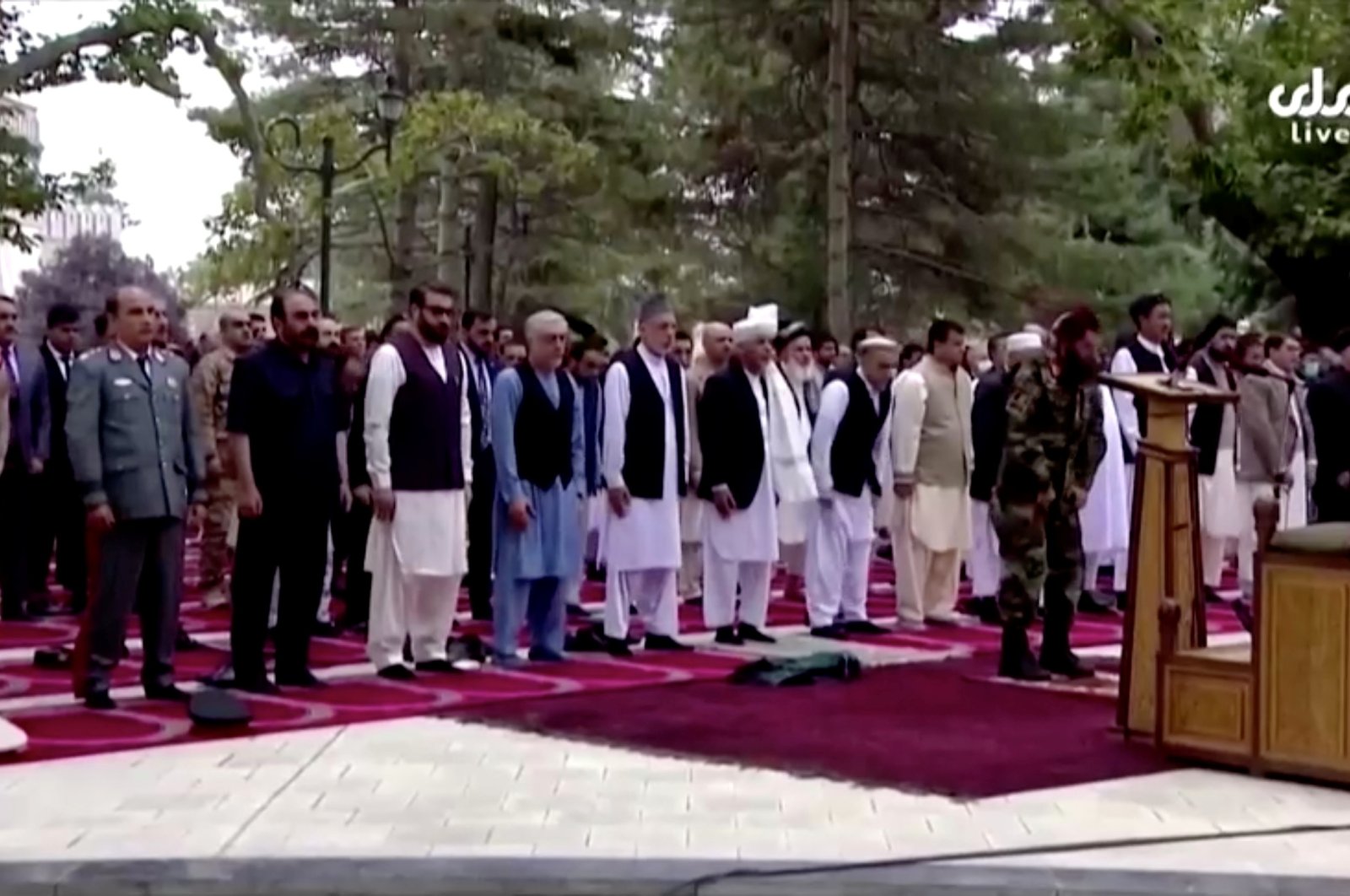 More than three rockets fell outside the Afghan presidential palace in Kabul as the country's leader Ashraf Ghani held outdoor prayers with top officials to mark the start of the Muslim Eid al-Adha holiday, officials and media reported.

Although there was no immediate claim of responsibility, it was the first rocket attack on Kabul since the Taliban launched a series of offensives to coincide with the final drawdown of foreign troops from the war-wracked country.

The early morning holiday calm was shattered by incoming rockets heard across the heavily fortified Green Zone, which houses the presidential palace and several embassies, including the U.S. mission.

In a video posted on the official palace Facebook page, dozens of men gathered in the gardens continue their prayers even as the rockets fizz overhead and explode nearby.

President Ghani, dressed in traditional Afghan clothing and a turban, appears not to flinch as he continues the prayer ritual.

"The Taliban have proved that they have no will and intention for peace," he said in a speech afterwards.

Mirwais Stanikzai, spokesperson for the interior ministry, said three rockets had been fired from a pickup truck, but one failed to detonate.

"Based on our initial information, we have no casualties," he added.

The palace was attacked last year as hundreds gathered for Ghani's inauguration for a second term as president, prompting some to flee. The Daesh terrorist group claimed responsibility.

The Taliban have announced cease-fires during past Islamic holidays, offering respite to Afghans who can visit family in relative safety, but no such offer was made on this occasion.

Ibraheem Bahiss, a consultant with the International Crisis Group, said Tuesday's attack was symbolic, intended to demonstrate the reach of militants operating in Afghanistan.

"The fact that these landed so close to the presidential palace... show that these attacks have the potential to become quite lethal," he added.

The Taliban have capitalized on the last stages of the withdrawal of U.S. and other foreign troops from Afghanistan to launch a sweeping campaign, capturing scores of districts, border crossings and encircling provincial capitals.

The speed and ease of the Taliban offensive is a massive psychological blow to the Afghan government.

The latest attack comes a day after more than a dozen diplomatic missions in Kabul called for "an urgent end" to the insurgents' ruthless military offensive, saying it was at odds with claims they want to secure a political deal to end the conflict.

That statement followed another round of inconclusive talks in Doha over the weekend between the Afghan government and the Taliban that many hoped would kickstart the ailing peace process.

The Taliban's offensive is in direct contradiction to their claim to support a negotiated settlement, the statement read.

"It has resulted in loss of innocent Afghan lives, including through continued targeted killings, displacement of the civilian population, looting and burning of buildings, destruction of vital infrastructure, and damage to communication networks."

For months, the two sides have been meeting on and off in the Qatari capital but have achieved little, with talks appearing to have lost momentum as the militants make battlefield gains.

A joint statement late Sunday said they had agreed on the need to reach a "just solution" and to meet again next week.

"We also agreed that there should be no pause in the negotiations," Abdullah Abdullah, who oversees the Afghan government's delegation, told Agence France-Presse (AFP) on Monday.

He noted, however, that neither side was currently pursuing a joint cease-fire during the talks, despite urgent calls from Afghan civil society and the international community to end the fighting.

Turkey has been negotiating with U.S. defense officials over an offer to secure the airport, which is key to allowing countries to retain a diplomatic presence in Afghanistan after the troop withdrawal.

Erdoğan told journalists in a televised address from the Turkish Republic of Northern Cyprus (TRNC) capital Lefkoşa (Nicosia), that as well as providing logistical, financial and administrative support, the U.S. must "stand by us in diplomatic relations".

Over the weekend, the Taliban's supreme leader Hibatullah Akhundzada said he "strenuously favours" a political settlement – even as the hardline movement continues its offensives.

In Washington, the State Department said some 700 interpreters and their immediate family members who are fleeing Afghanistan will be relocated to an army base in the state of Virginia.