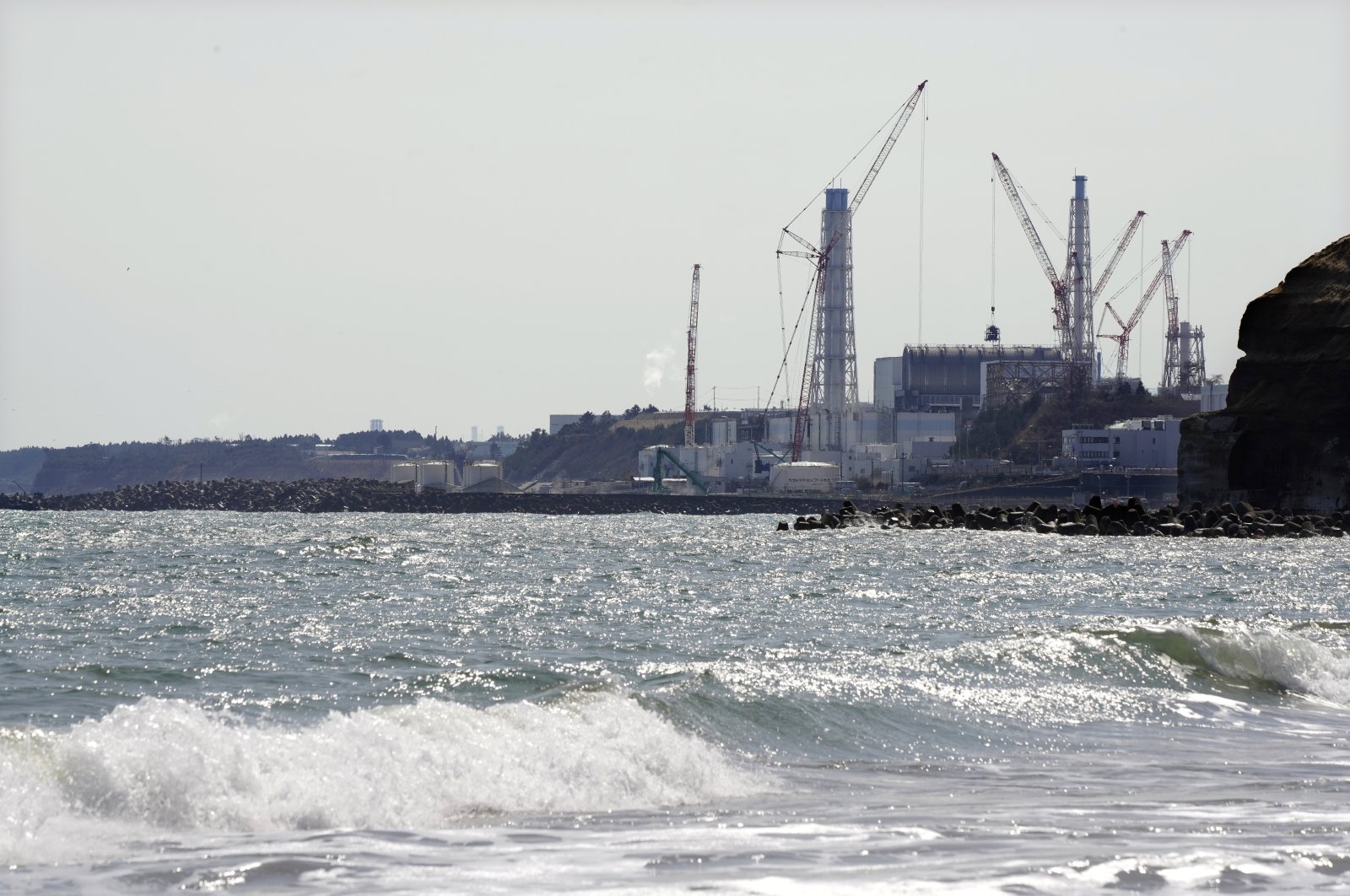 The decision, long speculated but delayed for years due to safety concerns and protests, came at a meeting of Cabinet ministers who endorsed the ocean release as the best option.

The accumulating water has been stored in tanks at the Fukushima Daiichi plant since 2011, when a massive earthquake and tsunami damaged its reactors and their cooling water became contaminated and began leaking. The plant's storage capacity will be full late next year.

Prime Minister Yoshihide Suga said ocean release was the most realistic option and that disposing the water is unavoidable for the decommissioning of the Fukushima plant, which is expected to take decades. He also pledged the government would work to ensure the safety of the water and to prevent damaging rumors.

The plant’s operator, Tokyo Electric Power Co., and government officials say tritium, which is not harmful in small amounts, cannot be removed from the water, but all other selected radionuclides can be reduced to levels allowed for release. Some scientists say the long-term impact on marine life from low-dose exposure to such large volumes of water is unknown.

The government stresses the safety of the water by calling it "treated" not "radioactive” even though radionuclides can only be reduced to disposable levels, not to zero. The amount of radioactive materials that would remain in the water is also still unknown.

Under the basic plan adopted Tuesday by the ministers, TEPCO will start releasing the water in about two years after building a facility and compiling release plans adhering to safety requirements. It said the disposal of the water cannot be postponed further and is necessary to improve the environment surrounding the plant so residents can live there safely.

Lawyer Izutaro Managi and his colleagues representing residents in Fukushima and nearby areas said the government and TEPCO should not dump the water "only to impact the environment again” – referring to the radiation that still contaminates land closest to the damaged plant. The lawyers alleged in a statement that ocean release was chosen for cost-effectiveness and that forcing the plan "underscores their lack of regret" for the disaster.

Protestors also gathered outside the prime minister's office to demand the plan be retracted.

TEPCO says its water storage capacity of 1.37 million tons will be full around fall of 2022. Also, the area now filled with storage tanks will have to be freed up for building new facilities needed for removing melted fuel debris from inside the reactors and for other decommissioning work that's expected to start in coming years.

In the decade since the tsunami disaster, water meant to cool the nuclear material has constantly escaped from the damaged primary containment vessels into the basements of the reactor buildings. To make up for the loss, more water has been pumped into the reactors to continue to cool the melted fuel. Water is also pumped out and treated, part of which is recycled as cooling water, and the remainder stored in 1,020 tanks now holding 1.25 million tons of radioactive water.

Those tanks that occupy a large space at the plant interfere with the safe and steady progress of the decommissioning, Economy and Industry Minister Hiroshi Kajiyama said. The tanks also could be damaged and leak in case of another powerful earthquake or tsunami, the report said.

Releasing the water to the ocean was described as the most realistic method by a government panel that for nearly seven years had discussed how to dispose of the water. The report it prepared last year mentioned evaporation as a less desirable option.

About 70% of the water in the tanks is contaminated beyond discharge limits but will be filtered again and diluted with seawater before it is released, the report says. According to a preliminary estimate, gradual releases of water will take more than 30 years but will be completed before the plant is fully decommissioned.

Japan will abide by international rules for a release, obtain support from the International Atomic Energy Agency and others, and ensure disclosure of data and transparency to gain the understanding of the international community, the report said.

Koo Yun-cheol, minister of South Korea's Office for Government Policy Coordination, said the plan was "absolutely unacceptable" and urged Japan to disclose how the water is treated and its safety is verified. Koo said his government will demand IAEA create a monitoring regime. South Korea has banned seafood imports from parts of Japan since 2013 and could increase those steps.

China criticized Japan's decision as "extremely irresponsible,” saying it had not considered the health concerns of neighboring countries.

Kajiyama is set to visit Fukushima on Tuesday afternoon to meet with local town and fisheries officials to explain the decision and says he will continue to make efforts to gain their understanding over the next two years.