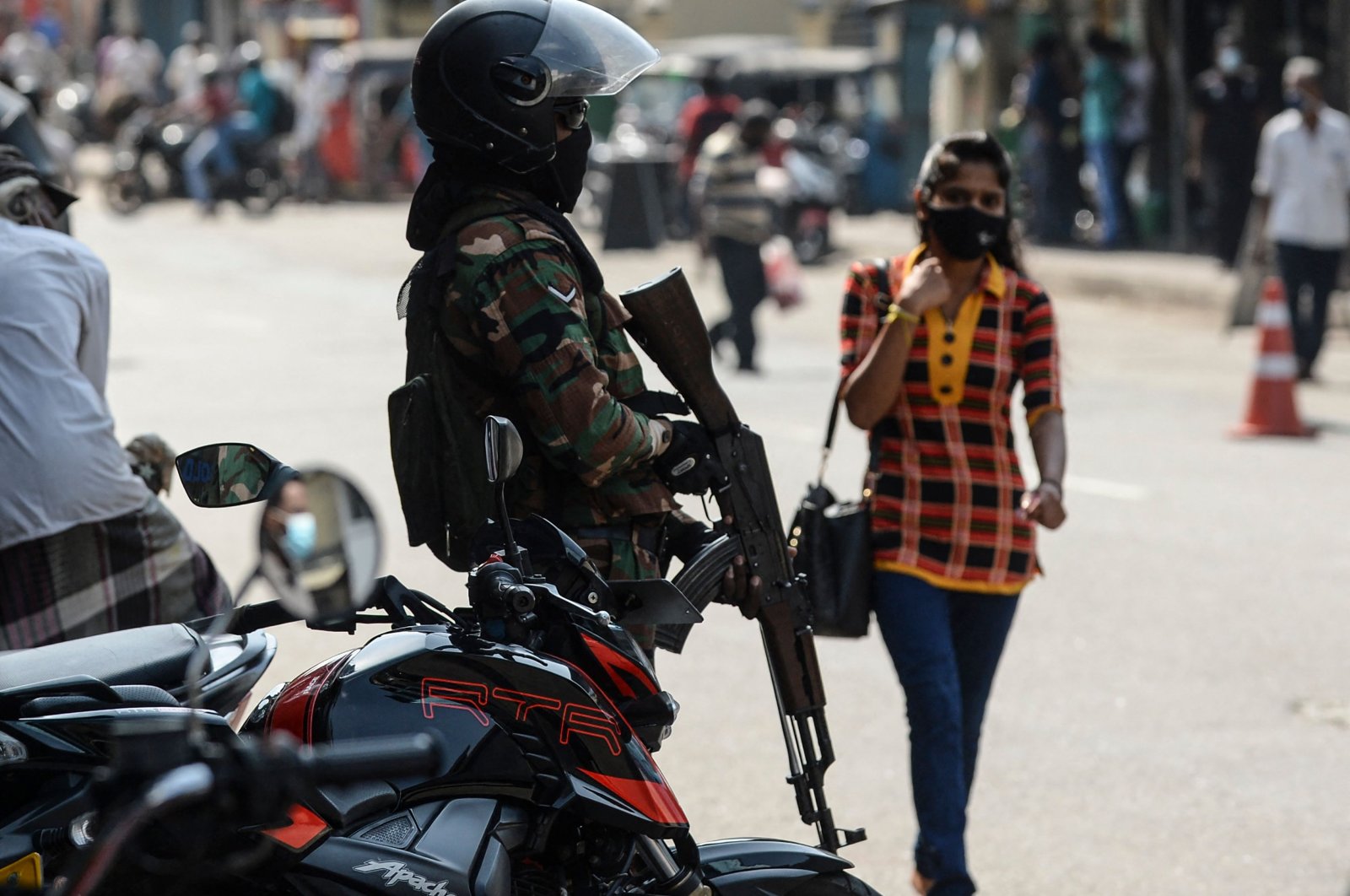 An army personnel stands guard outside the Saint Anthony's Church ahead of a Easter mass on the second anniversary of the Easter Sunday attacks, in Colombo, Sri Lanka, April 4, 2021. (AFP Photo)
by French Press Agency - AFP Apr 14, 2021 2:53 pm
RECOMMENDED

As the second anniversary of Easter Sunday suicide bombings which killed 279 people in Sri Lanka approaches, the island nation on Wednesday has decided to ban 11 organizations and groups, including the Daesh and al-Qaida terrorist groups.

Anyone linked to the groups, the other nine of which are local religious and social organizations, faces up to 20 years in jail, President Gotabaya Rajapaksa said in a gazette notification.

Ahead of the anniversary, the country's Roman Catholics had threatened to take to the streets over what they say is the government's failure to act against those responsible for the attacks. Some of the groups banned Wednesday had previously been linked to the lead bomber.

The move, made under the Prevention of Terrorism Act, was "in furtherance of the efforts of the government of Sri Lanka made in good faith for the purpose of ensuring the continuance of peace within the country," Rajapaksa said.

The seven Sri Lankans who attacked three churches and three hotels in April 2019 had pledged allegiance to the Daesh leader at the time, Abu Bakr al-Baghdadi. However, investigators said they had found no evidence of direct links to Daesh.

Two local groups said to be directly linked to the attacks were banned in 2019, but a presidential investigation into the bombings wanted similar extremist groups outlawed too. All seven bombers died and no other suspects have been charged.

The head of the Roman Catholic church in Sri Lanka, Cardinal Malcolm Ranjith, has demanded swift action not just against those responsible, but against the politicians and officials who failed to stop them.

The investigation found that then president Maithripala Sirisena and his intelligence leaders were warned by India about the attacks 17 days before they were staged. The United States has filed action against three Sri Lankans over the bombings. Five U.S. nationals were among 45 foreigners killed in the blasts.

The inquiry, whose report was released earlier this year, also recommended that Buddhist organizations accused of instigating intercommunal unrest before and after the bombings be banned, but none were named in Wednesday's decree.