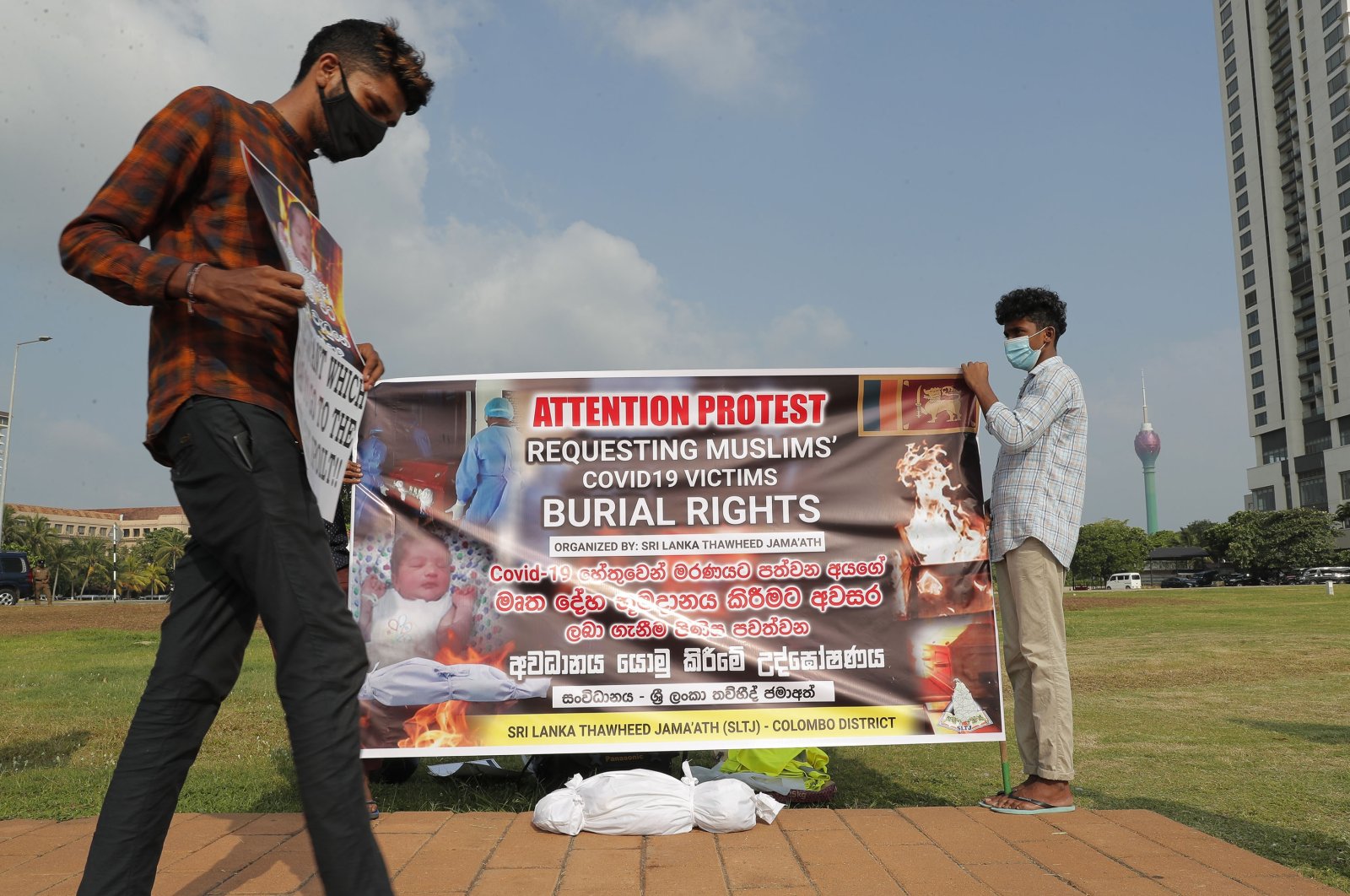 The demonstration was aimed at the visit of Khan who two weeks ago had weighed in on the plight of Muslims in Sri Lanka.

Khan had welcomed an announcement by Prime Minister Mahinda Rajapaksa on Feb. 10 that burials would be allowed, but a day later Colombo backtracked and said there would be no change in the cremation-only policy.

"Respect Prime Minister's statement and allow burials," said a banner carried by the demonstrators who assembled at an open space in front of President Gotabaya Rajapaksa's office.

His government has rejected international pleas and recommendations from its own experts to allow Muslims to bury their dead in line with Islamic custom.

The government first banned burials in April amid concerns – which experts say are baseless – by influential Buddhist monks that burying bodies could contaminate groundwater and spread the virus.

The World Health Organization (WHO) has said there is no such risk, recommending both burial and cremation of virus victims.

Traditionally, Muslims bury their dead facing Mecca. Sri Lanka's majority Buddhists, who are strong backers of the current government, are typically cremated, as are Hindus.

In December, the authorities ordered the forced cremation of at least 19 Muslim COVID-19 victims, including a baby, after their families refused to claim their bodies from a hospital morgue.

This stoked dismay and anger among the Muslim community, moderates and abroad, with the 57-member Organisation of Islamic Cooperation repeatedly expressing concern.

There have been ongoing tensions between Muslims and the majority Sinhalese – who are mostly Buddhists – since the deadly 2019 Easter bombings carried out by local terrorists.

Muslim community leaders say more than half the 450 COVID-19 victims were from the Muslim minority which accounts for just 10% of the 21 million population.

Muslims have a disproportionate number of fatalities because they don't seek treatment, fearing they will be cremated if they are diagnosed with the virus, they have said.