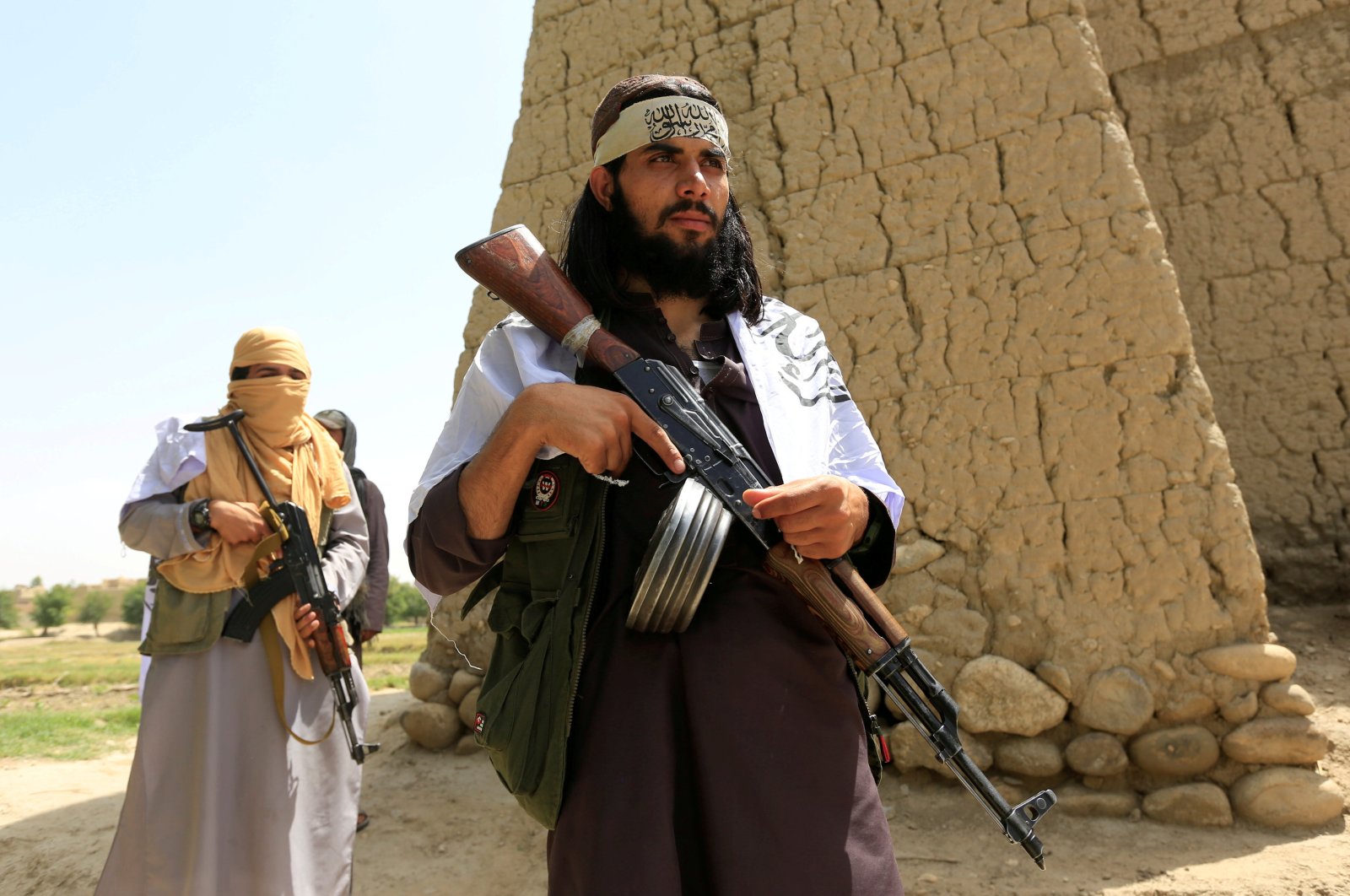 Taliban members walk as they celebrate the cease-fire in the Ghani Khel district of Nangarhar province, Afghanistan, June 16, 2018. (Reuters Photo)
by ASSOCIATED PRESS Jul 29, 2021 11:59 am
RECOMMENDED

Afghanistan’s Taliban took responsibility this week for the killing of a comic in the country's south, raising the specter of revenge killings as the U.S and NATO put the final touches on their departure.

The men have been arrested and will be tried, Mujahid said. He alleged that the comic, from the southern part of Kandahar province, was also a member of the Afghan National Police and had been implicated in the torture and killing of Taliban.

Mujahid said the Taliban should have arrested the comic and brought him before a Taliban court, instead of killing him. The brutality of the killing heightened fears of revenge attacks. It also undermined the Taliban's assurances that no harm would come to people who worked for the government, with the U.S. military or with U.S. organizations.

Hundreds of people are reportedly being held by Taliban in areas they have overrun. Schools have been burned and reports have emerged of restrictions being imposed on women akin to those imposed when the insurgents last ruled Afghanistan.

Back then, they had denied girls access to schools, and barred women from working. In an interview last week with The Associated Press (AP), Taliban spokesperson Suhail Shaheen said the group's commanders have orders not to interfere with civilians, or impose restrictions in newly captured areas. He said that when complaints of wrongdoings arise they are investigated. However, Patricia Gossman of Human Rights Watch says that revenge killings have been committed by all sides during Afghanistan's decades of war.

"The war – all 43 years of it – has a revenge-driven dynamic,” she said in an interview on Tuesday. "Revenge for past wrongs, including terrible atrocities, committed by one side or the other has been a mobilizing factor for all the various armed forces."

For example, in 2001 when the U.S.-led coalition ousted the Taliban and many surrendered, hundreds were packed into containers by troops loyal to warlord Rashid Dostum, with dozens suffocating in the brutally hot sun.

Others who returned home after the Taliban defeat were often singled out for extortion by government officials. Reports have also since surfaced of U.S.-allied warlords calling in American airstrikes on supposed Taliban, or al-Qaida targets that turned out to involve personal vendettas, not extremists.

"Each new horror – understandably – brings new outrage," Gossman said. "With no hope for any other kind of justice, this is likely to continue... and every side is far too blind to the fact that this sense of outrage and horror at wrongs done is shared."

The fear of revenge has driven as many as 18,000 Afghans who worked for the U.S. military to apply for Special Immigration Visas to the United States. In Washington and in NATO capitals there is a growing demand to evacuate Afghans who worked with the military. The U.S. has promised it will move quickly on thousands of special visa requests. Gossman pressed for investigations into alleged atrocities.

"The U.N. should be much more engaged in investigating these atrocities, as Afghan and international human rights groups have called for, and has happened in other countries,” she said.