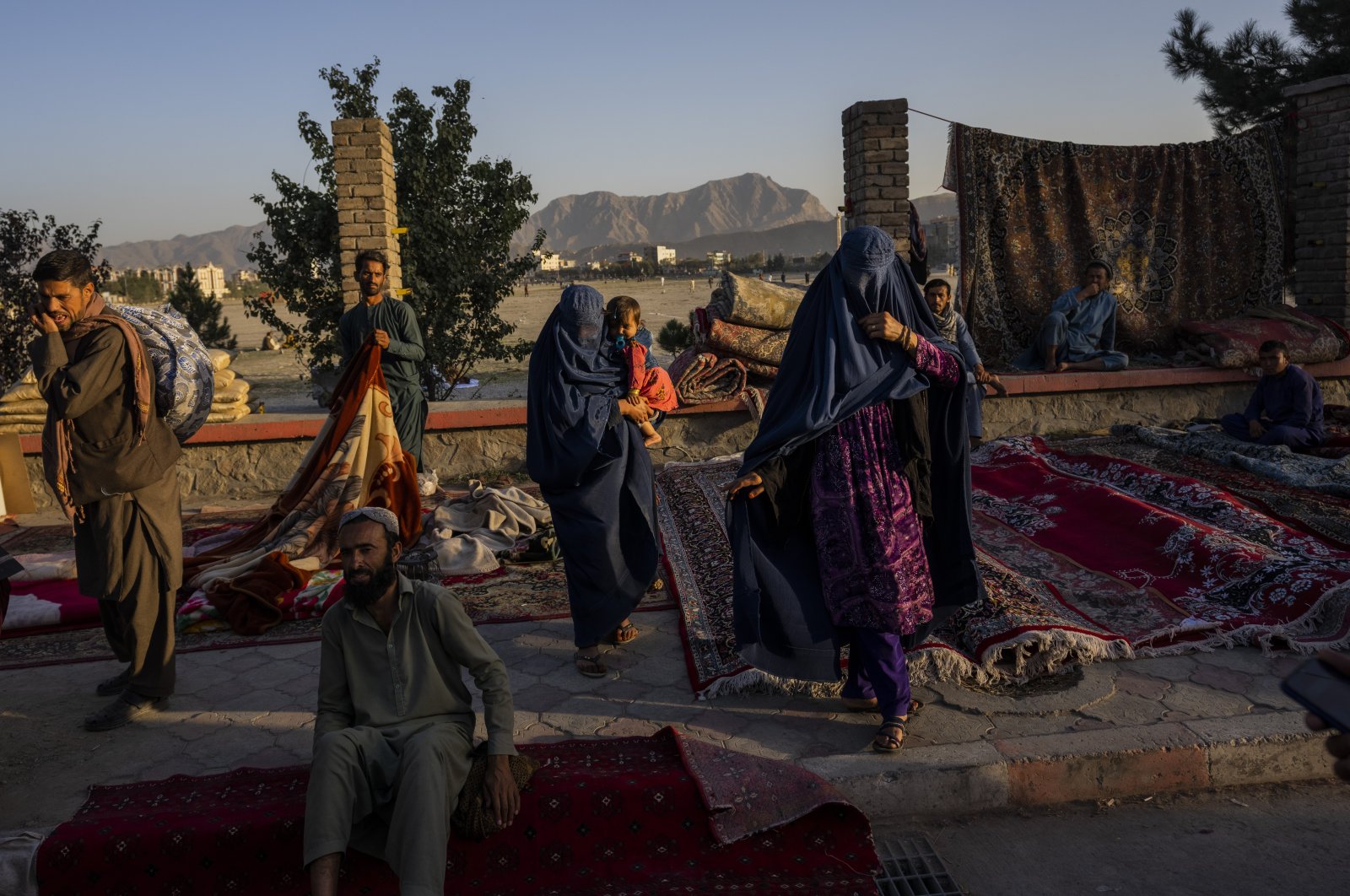 Afghan women walk through a second-hand market where many families sold their belongings before leaving the country or due to financial difficulties, Kabul, Afghanistan, Sept. 15, 2021. (AP Photo)
by German Press Agency - DPA Sep 19, 2021 12:21 pm
RECOMMENDED

The Taliban has made a call to the international community to ramp up the provision of aid to Afghanistan, a spokesperson said, stressing that the militants are not terrorists.

Provincial spokesman Matiullah Ruhani said aid could take the form of investment, reconstruction projects "or any kind of humanitarian support for the government or citizens of Afghanistan," he told Deutsche Presse-Agentur (dpa) in Kunduz, in a request directed to "the entire international community including Germany."

The Taliban would "very much welcome" help, he said.

The Taliban captured Kunduz on August 8, in one of a series of rapid advances that ultimately saw the group take control of the entire country.

The last United States troops left Afghanistan at the end of August, marking the end of a military mission that lasted nearly two decades.

Ruhani criticized the international community for supporting what he described as a "corrupt government" in Afghanistan over the past 20 years but stopping its aid when the Taliban came to power.

The Taliban brought peace to Afghanistan, he said, adding, "we are not terrorists."

Governments around the world are weighing how best to deal with the Taliban, mindful of the group's abysmal human rights record, while also focused on alleviating the burgeoning humanitarian disaster facing the country.

During its first period in power between 1996 and 2001, the militant group enforced a strict lifestyle and completely barred women from work and education outside the home.

Other than saying the Taliban valued all citizens, women and men alike, Ruhani did not comment further on the Taliban's controversial policies toward women, referring journalists to the transitional government in Kabul.