Taliban calls US 'a great nation,' urges co-op with Afghanistan 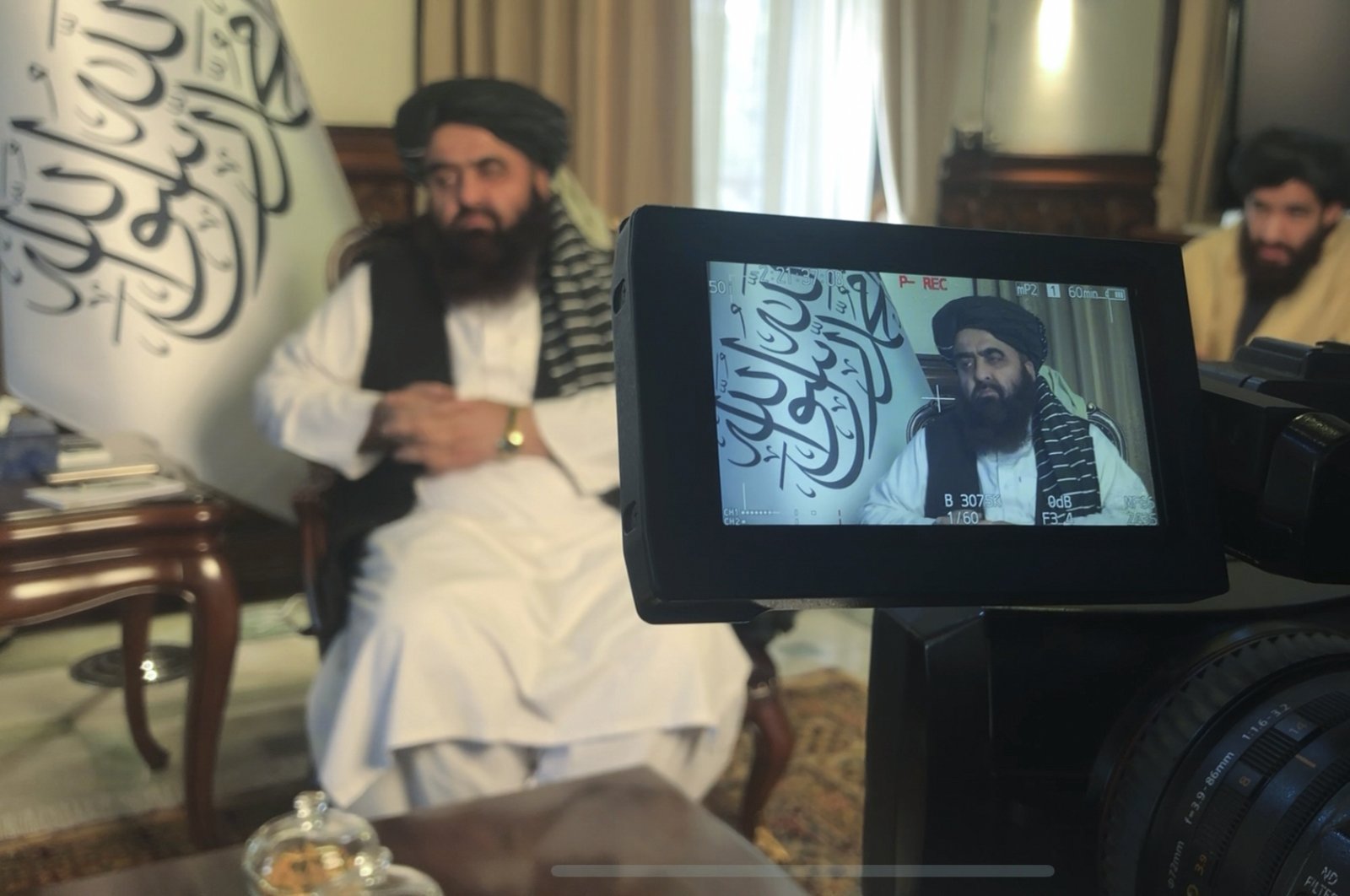 Afghanistan's Taliban administration-appointed foreign minister called America "a great nation" as he called on the United States and other countries to cooperate with the country and pledged commitment to provide jobs and education to women and girls.

“You are a great and big nation, and you must have enough patience and have a big heart to dare to make policies on Afghanistan based on international rules and relegation, and to end the differences and make the distance between us shorter and choose good relations with Afghanistan,” Amir Khan Muttaqi told an interview with The Associated Press (AP) on Sunday.

He noted that the Taliban government wants good relations with all countries and has no issue with the U.S. He urged Washington and other nations to release upward of $10 billion in funds that were frozen when the Taliban took power Aug. 15, following a rapid military sweep across Afghanistan and the sudden, secret flight of U.S.-backed President Ashraf Ghani.

“Sanctions against Afghanistan would ... not have any benefit,” Muttaqi said Sunday, speaking in his native Pashto during the interview in the sprawling pale brick Foreign Ministry building in the heart of the capital of Kabul.

“Making Afghanistan unstable or having a weak Afghan government is not in the interest of anyone," said Muttaqi, whose aides include employees of the previous government as well as those recruited from the ranks of the Taliban.

At a White House briefing on Monday, press secretary Jen Psaki said the “reserves remain inaccessible to the Taliban.” She did not foresee an early change, saying the U.S. money is now linked to those claims by victims of the 9/11 attacks in the U.S., which were carried out by al-Qaida while it was harbored in Afghanistan by the Taliban.

“These legal proceedings cannot be disregarded and have led to the temporary suspension of any movement of the funds through at least the end of the year and quite possibly longer,” she said.

Even if money could be released, Washington would want to be certain it does not benefit the Taliban, she said. The U.N. and other organizations have said the money was going through charities and not the Taliban.

Psaki also noted that the Taliban remain a globally designated terrorist group. Washington did, however, negotiate for more than two years with the insurgent movement and signed a deal in February 2020 with the Taliban for the withdrawal of U.S. troops from Afghanistan.

Meanwhile, Muttaqi acknowledged the world's outrage at the Taliban-imposed limitations on girls' education and on women in the workforce. In many parts of Afghanistan, female students between grades 7 and 12 have not been allowed to go to school since the Taliban took over, and many female civil servants have been told to stay home. Taliban officials have said they need time to create gender-segregated arrangements in schools and the workplace.

When they first ruled from 1996-2001, the Taliban shocked the world by barring girls and women from schools and jobs, banning most entertainment and sports, and occasionally carrying out executions in front of large crowds in sports stadiums.

But Muttaqi said the Taliban have changed since they last ruled.

“We have made progress in administration and in politics ... in interaction with the nation and the world. With each passing day, we will gain more experience and make more progress,” he said.

Muttaqi said that under the new Taliban government, girls are going to school through grade 12 in 10 of the country's 34 provinces, private schools and universities are operating unhindered, and 100% of women who had previously worked in the health sector are back on the job.

“This shows that we are committed in principle to women participation," he said.

He claimed the Taliban have not targeted their opponents, and instead, announced a general amnesty and provided some protection. Leaders of the previous government live without threat in Kabul, he said, although most of them have fled.

Last month, the international group Human Rights Watch published a report that said the Taliban summarily killed or forcibly disappeared more than 100 former police and intelligence officials in four provinces. However, there have been no reports of large-scale retribution.

Muttaqi alleged the government that took power after the U.S.-led coalition ousted the Taliban regime in 2001 carried out widespread revenge attacks against the Taliban. Hundreds disappeared or were killed, with thousands fleeing to the mountains, he said. The Taliban were ousted for harboring al-Qaida and Osama bin Laden for masterminding the 9/11 terrorist attacks in the U.S.

Muttaqi insisted poverty and the dream of a better life — not fear — drove thousands of Afghans to rush to Kabul's airport in mid-August in hopes of getting to America. The crush of people had generated searing images of men clinging to a departing American C-17 aircraft, while others fell to the ground as the landing gear retracted.

He said the Taliban have made mistakes in their first months in power and that “we will work for more reforms which can benefit the nation." He did not elaborate on the mistakes or possible reforms.

Muttaqi pushed back against comments by U.S. Marine Gen. Frank McKenzie who told the AP last week that al-Qaida has grown slightly in Afghanistan since U.S. forces left. McKenzie is Washington’s top military commander in the Middle East.

In a February 2020 deal that spelled out the terms of the U.S. troop withdrawal, the Taliban had promised to fight terrorism and deny terrorist groups a safe haven.

Muttaqi said Sunday that the Taliban have kept that promise, along with a pledge not to attack U.S. and NATO forces in the final phase of the withdrawal, which ended in late August.

“Unfortunately, there are (always) allegations against the Islamic Emirate of Afghanistan, but there is no proof,” Muttaqi said. “If McKenzie has any proof, he should provide it. With confidence, I can say that this is a baseless allegation.”

Meanwhile, militants from the Daesh terrorist group have stepped up attacks on Taliban patrols and religious minorities in the past four months. The Daesh affiliate in Afghanistan has targeted Shiite mosques in the provincial capitals of Kunduz and Kandahar, carrying out frequent attacks on Taliban vehicles.

Muttaqi, however, said the Taliban have gained the upper hand in recent weeks, saying there had not been a major attack in the last month. Washington’s ability to track Daesh terrorists' activities in Afghanistan has been handicapped since the U.S. withdrawal.

Muttaqi said he does not envision cooperating with the U.S. in the battle against the Daesh terrorist group.

However, he did express hope that with time, “America will slowly, slowly change its policy toward Afghanistan” as it seems that a Taliban-ruled country standing on its own is a benefit to the U.S.