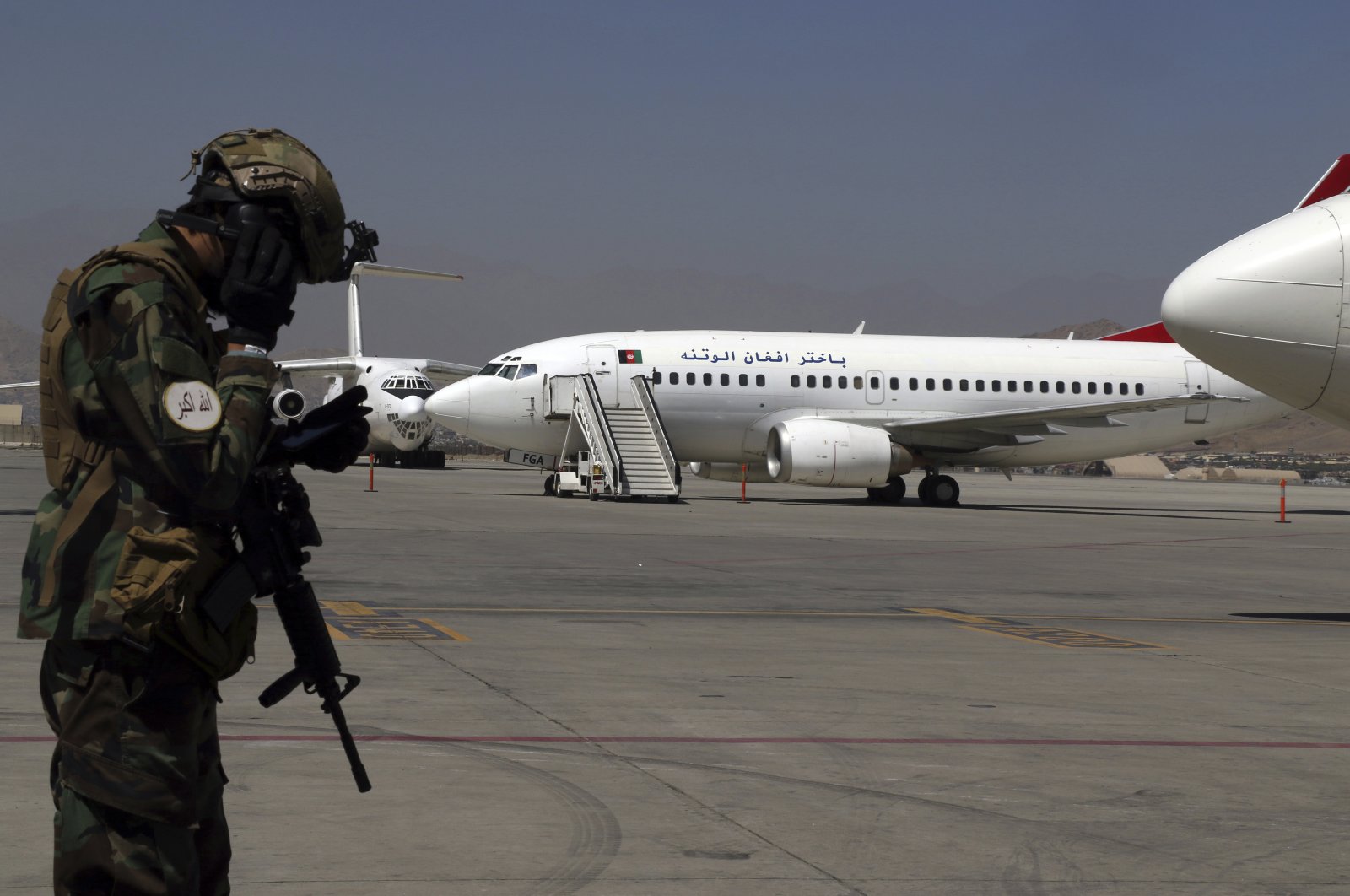 The new Taliban government has agreed Thursday to let some 200 Americans and other foreigners be evacuated from Afghanistan on charter flights from Kabul, a United States official said.

The departures will be among the first international flights to take off from Kabul Hamid Karzai International Airport since the insurgent group seized the capital in mid-August, triggering the chaotic U.S.-led evacuation of 124,000 foreigners and at-risk Afghans.

The move comes two days after the Taliban announced an interim government made up mainly of ethnic Pashtun men, including wanted terror suspects, dashing international hopes for a more moderate administration.

The Taliban were pressed to allow the departures by U.S. Special Rep. Zalmay Khalilzad, a U.S. official said, speaking to Reuters on condition of anonymity.

The official could not say whether the American civilians and other foreign nationals were among people stranded for days in the northern Afghan city of Mazar-i-Sharif because their private charters had not been allowed to depart.

The Taliban's announcement of a new government Tuesday was widely seen as a signal they were not looking to broaden their base and present a more tolerant face to the world, as they had suggested they would do before their military takeover.

Foreign countries greeted the interim government with caution and dismay on Wednesday. In Kabul, dozens of women took to the streets in protest.

Many critics called on the leadership to respect basic human rights and revive the economy, which faces collapse amid steep inflation, food shortages and the prospect of foreign aid being slashed as countries seek to isolate the Taliban.

White House spokesperson Jen Psaki said no one in the Biden administration "would suggest that the Taliban are respected and valued members of the global community."

The European Union voiced its disapproval at the appointments, but said it was ready to continue humanitarian assistance. Longer-term aid would depend on the Taliban upholding basic freedoms.

Analysts said the makeup of the cabinet could hamper recognition by Western governments, which will be vital for broader economic engagement.

The new acting Cabinet includes former detainees of the U.S. military prison at Guantanamo Bay, while the interior minister, Sirajuddin Haqqani, is wanted by the U.S. on terrorism charges and carries a reward of $10 million.

His uncle, with a bounty of $5 million, is the minister for refugees and repatriation.

The last time the Taliban ruled Afghanistan, from 1996 to 2001, women were banned from work and girls from school. The group carried out public executions and its religious police enforced a radical interpretation of "Islamic law."

Taliban leaders have vowed to respect people's rights, including those of women, in accordance with their vision of the law, but those who have won greater freedoms over the past two decades are worried about losing them.

In an interview with Australia's SBS News, a senior Taliban official said women would not be allowed to play cricket – a popular sport in Afghanistan – or possibly any other sport because it was "not necessary" and their bodies might be exposed.

Australia's cricket board said it would scrap a planned test match against the Afghanistan men's team if the Taliban did not allow women to play the sport.

In Kabul, a group of women bearing signs reading: "A Cabinet without women is a failure," held another protest in the Pul-e-Surkh area of the city. Larger demonstrations on Tuesday were broken up when Taliban gunners fired warning shots into the air.

"The Cabinet was announced and there were no women in the Cabinet. And some journalists who came to cover the protest were all arrested and taken to the police station," said a woman in a video shared on social media.

A statement from the new Taliban Interior Ministry said that in order to avoid disturbances and security problems, anyone holding a demonstration should apply for clearance 24 hours beforehand.