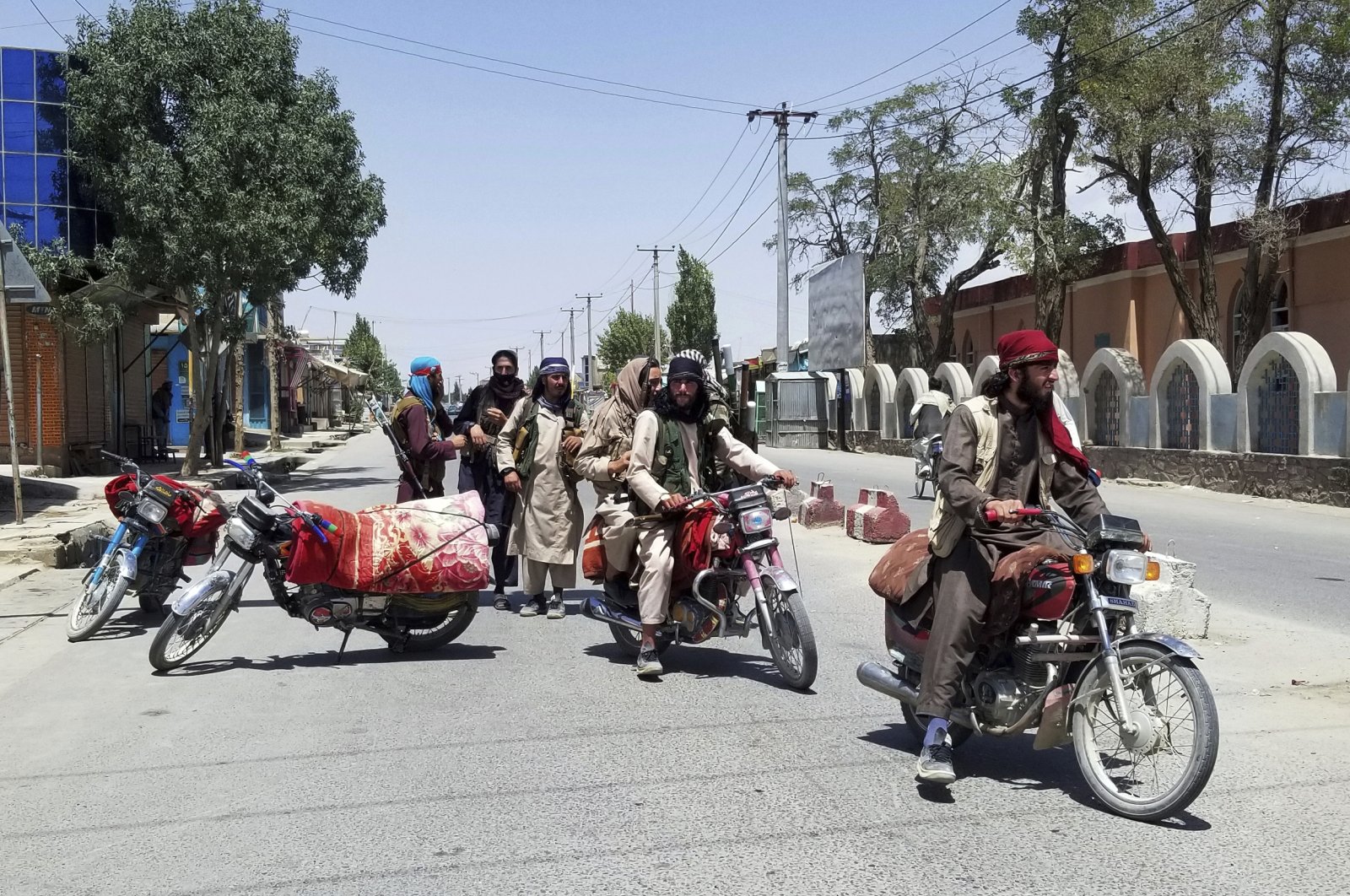 Taliban fighters take control over the key city of Ghazni, a gateway between Kabul and militant strongholds in the south, as the Afghan government draws a three-phase plan to press militants on with their offensive that U.S. intelligence believes could see them take over the capital within 90 days

The Taliban captured a provincial capital near Kabul on Thursday, the 10th the insurgents have taken over a weeklong blitz across Afghanistan as the U.S. and NATO prepare to withdraw entirely from the country after decades of war.

The militants raised their flags over the city of Ghazni, just 130 kilometers (80 miles) southwest of Kabul. Sporadic fighting continued at an intelligence base and an army installation outside the city, two local officials told The Associated Press (AP). The Taliban published videos and images online showing them in Ghazni, the capital of a province with the same name.

The Ghazni province lies along the major Kabul-Kandahar highway, effectively serving as a gateway between the capital and militant strongholds in the south.

"The Taliban took control of the key areas of the city – the governor's office, the police headquarters and the prison," Nasir Ahmad Faqiri, head of the provincial council, told Agence France-Presse (AFP). Wahidullah Jumazada, a spokesperson for the provincial governor in Ghazni, acknowledged the insurgents had launched attacks from several directions on the capital but insisted the government remained in control.

The group also took over a police headquarters Thursday in a provincial capital in southern Afghanistan, an official said. Fighting raged in Lashkar Gah, one of Afghanistan's largest cities in the Taliban heartland of Helmand province, where surrounded government forces hoped to hold on to the capital after the militants already seized nine others around the country in a weeklong blitz.

Afghan security forces and the government have not responded to repeated requests for comment over the days of fighting. However, President Ashraf Ghani is trying to rally a counteroffensive relying on his country's special forces, the militias of warlords and American airpower ahead of the U.S. and NATO withdrawal at the end of the month.

While the capital of Kabul itself has not been directly threatened in the advance, the stunning speed of the offensive raises questions of how long the Afghan government can maintain control of the slivers of the country it has left. The government may eventually be forced to pull back to defend the capital and just a few other cities as thousands displaced by the fighting fled to Kabul and now live in open fields and parks.

On Wednesday, a suicide car bombing in Lashkar Gah marked the latest wave to target the capital's regional police headquarters. By Thursday, the Taliban had taken the building, with some police officers surrendering to the militants and others retreating to the nearby governor's office that's still held by government forces, said Nasima Niazi, a lawmaker from Helmand.

Niazi said she believed the Taliban attack killed and wounded security force members, but she had no casualty breakdown. Another suicide car bombing targeted the provincial prison, but the government still held it, she said.

The Taliban's other advances have seen the militants free hundreds of its members over the last week, bolstering their ranks while seizing American-supplied weapons and vehicles. Niazi criticized ongoing airstrikes targeting the area, saying civilians likely had been wounded and killed.

"The Taliban used civilian houses to protect themselves, and the government, without paying any attention to civilians, carried out airstrikes,” she said.

With Afghan airpower limited and in disarray, the U.S. Air Force is believed to be carrying out a series of strikes to support Afghan forces. Aviation tracking data suggested U.S. Air Force B-52 bombers, F-15 fighter jets, drones and other aircraft were involved in the fighting overnight across the country, according to Australia-based security firm The Cavell Group. It's unclear what casualties the U.S. bombing campaign has caused. The U.S. Air Force's Central Command, based in Qatar, did not immediately respond to a request for comment Thursday.

The success of the Taliban offensive also calls into question whether they would ever rejoin long-stalled peace talks in Qatar aimed at moving Afghanistan toward an inclusive interim administration as the West hoped. Instead, the Taliban could come to power by force – or the country could splinter into factional fighting as it did after the Soviet withdrawal in 1989.

In Doha, U.S. envoy Zalmay Khalilzad has met with diplomats from China, Pakistan and Russia in an effort to as a group warn the Taliban they could again be considered international pariahs if they continue their offensive, State Department spokesperson Ned Price said. Khalilzad also plans to meet with the Afghan government and Taliban officials as the fighting goes on without a sign of it abating.

The multiple battlefronts have stretched the government’s special operations forces – while regular troops have often fled the battlefield – and the violence has pushed thousands of civilians to seek safety in the capital.

The latest U.S. military intelligence assessment is that Kabul could come under insurgent pressure within 30 days and that if current trends hold, the Taliban could gain full control of the country within a couple of months.

“These people have announced their full support to the president and government. They will fight the Taliban together with the government forces,” Mirzakwal told Doha-based media outlet Al-Jazeera. “There are concerns from the international community about these uprising forces at the moment but all their members will eventually merge into the Afghan national security forces.”

“We are working in three phases. The first is to stop the defeats (of the government forces), the second is to regather our forces to create security rings around the cities,” Mirzakwal said. “All those soldiers that abandoned their posts, we’re bringing them back to their posts. The third is to begin offensive operations. At the moment, we’re moving into the second phase,” he said.

For the government's losses, Mirzakwal blamed the rapid takeover of roads and highways as well as the U.S. troop withdrawal, claiming that the Afghan government lost a lot of its capability.

“Unfortunately, with their withdrawal, the fighting started in 400 areas of the country,” he said. “We have very limited air support, the helicopters have been busy with moving supplies and evacuating our dead and injured forces," he explained.