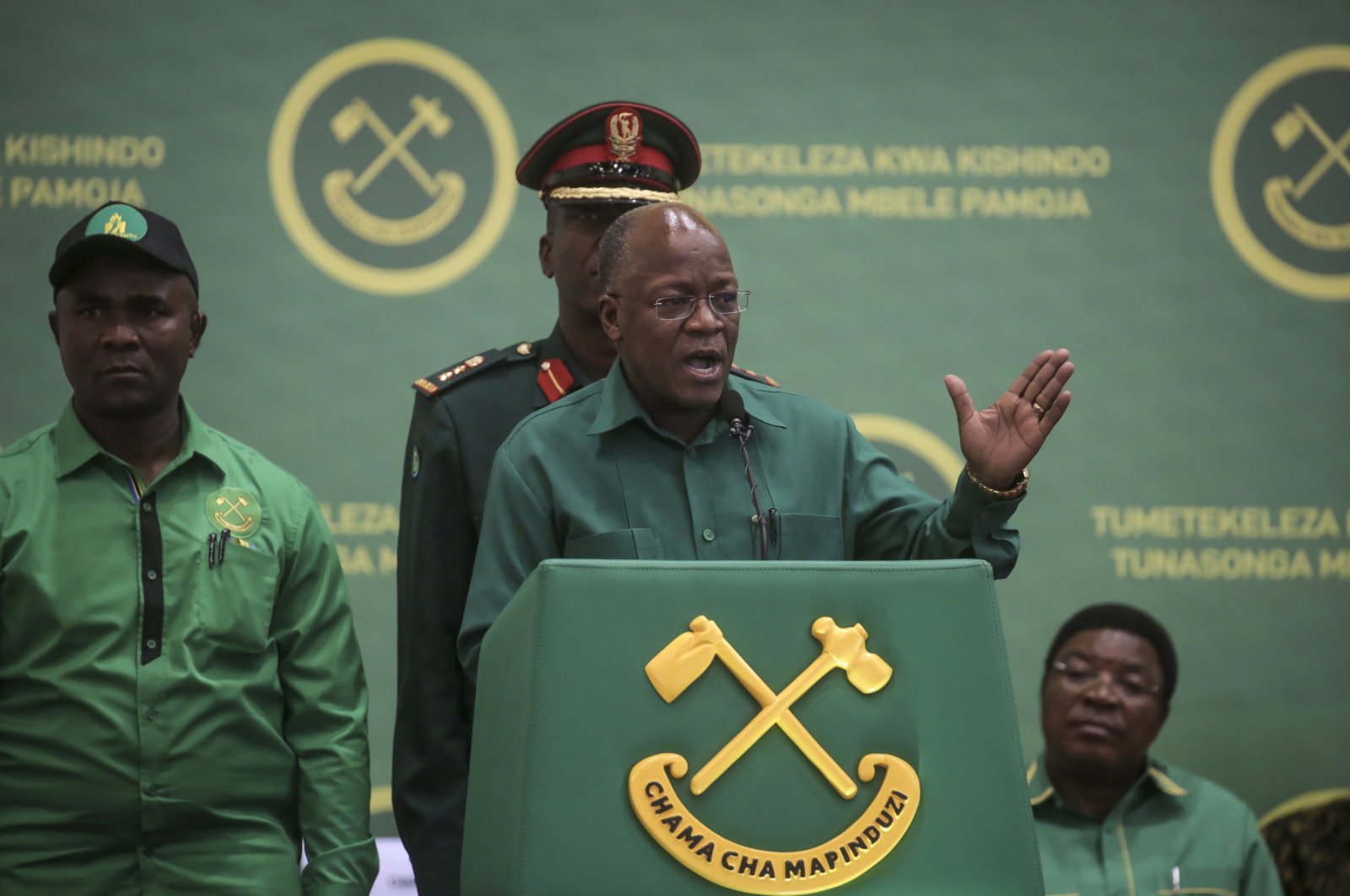 Tanzania's main opposition leader said on Thursday that President John Magufuli, a staunch COVID-19 skeptic who has been out of public view for nearly two weeks, is in India receiving medical treatment for the virus and is in a serious condition.

Tundu Lissu, who lost last year's election to Magufuli, cited medical and security sources in Kenya for his information that the president had been transferred from hospital in Kenya to India and was in a coma – but did not provide evidence.

Tanzanian government spokespeople have stayed mum during days of speculation over the 61-year-old Magufuli's whereabouts and health.

Representatives of Kenya's and India's governments also contacted by Reuters have not given information either. In power since 2015 and nicknamed "The Bulldozer," Magufuli was last seen on Feb. 27 looking his normal robust self during a ceremony at State House in Dar es Salaam.

Lissu told Reuters that Magufuli was flown to Kenya's Nairobi Hospital at the start of this week and then on to an unknown destination in India.

"He’s comatose since yesterday morning," he told Reuters, without elaborating. Kenya's Nation newspaper cited unidentified political and diplomatic sources on Wednesday saying that an African leader, which it did not name, was being treated for COVID-19 on a ventilator at Nairobi Hospital.

Hospital representatives told Reuters they had no information to disclose. Magufuli's director of communications Gerson Msigwa and government spokesperson Hassan Abbas have not responded to Reuters messages seeking comment.

"I want to assure Tanzanians that your president is strong and working hard as usual. You should not worry," Majaliwa told a mosque in the southern region of Njombe, in a video posted online.

"I even talked with him this morning about my trip in Njombe and he told me to greet you on his behalf. I talked with him on phone from Dar es Salaam and I was in Dodoma," said Majaliwa, according to remarks carried by Agence France-Presse (AFP).

India's foreign ministry and its high commission, or embassy, in Nairobi had no immediate comment.

Magufuli has played down the threat from COVID-19, saying God and remedies such as steam inhalation would protect Tanzanians. He has mocked coronavirus tests, denounced vaccines as part of a Western conspiracy to take Africa's wealth and opposed mask-wearing and social distancing.

"His COVID denialism in tatters, his prayer-over-science folly has turned into a deadly boomerang," Lissu tweeted in the early hours of Thursday.

According to the country's constitution, Vice President Samia Suluhu Hassan would take over for the rest of the five-year term if the president is unable to discharge duties.

Tanzania stopped reporting coronavirus data in May last year when it said it had 509 cases and 21 deaths, according to World Health Organization (WHO) data. WHO Africa director Matshidiso Moeti told a news conference on Thursday that she had no direct information on Magufuli's health and it would be unwise to speculate. She noted that Tanzania now recognized the danger of COVID-19 following two senior officials' deaths and said more data would be welcome.

"Whatever is the case with President Magufuli, we can only wish him well if these stories are indeed true, and we very much reiterate our preparedness to support the government and the people of Tanzania," she said.

Magufuli, a former chemistry professor from the village of Chato in northwest Tanzania, rose up the political ladder fast after winning a parliament seat in 1995.

Elected president in 2015, he has faced accusations from Western countries and opposition parties of eroding democracy, which he denies. TV footage showed Magufuli on Jan. 8 thanking China's senior diplomat Wang Yi for turning up without a mask to meet him during a tour of Africa.

Magufuli said that demonstrated the minister was aware Tanzania was free of COVID-19 and proceeded to shake his hand in front of cameras as both men smiled. Other Chinese officials present did wear masks.