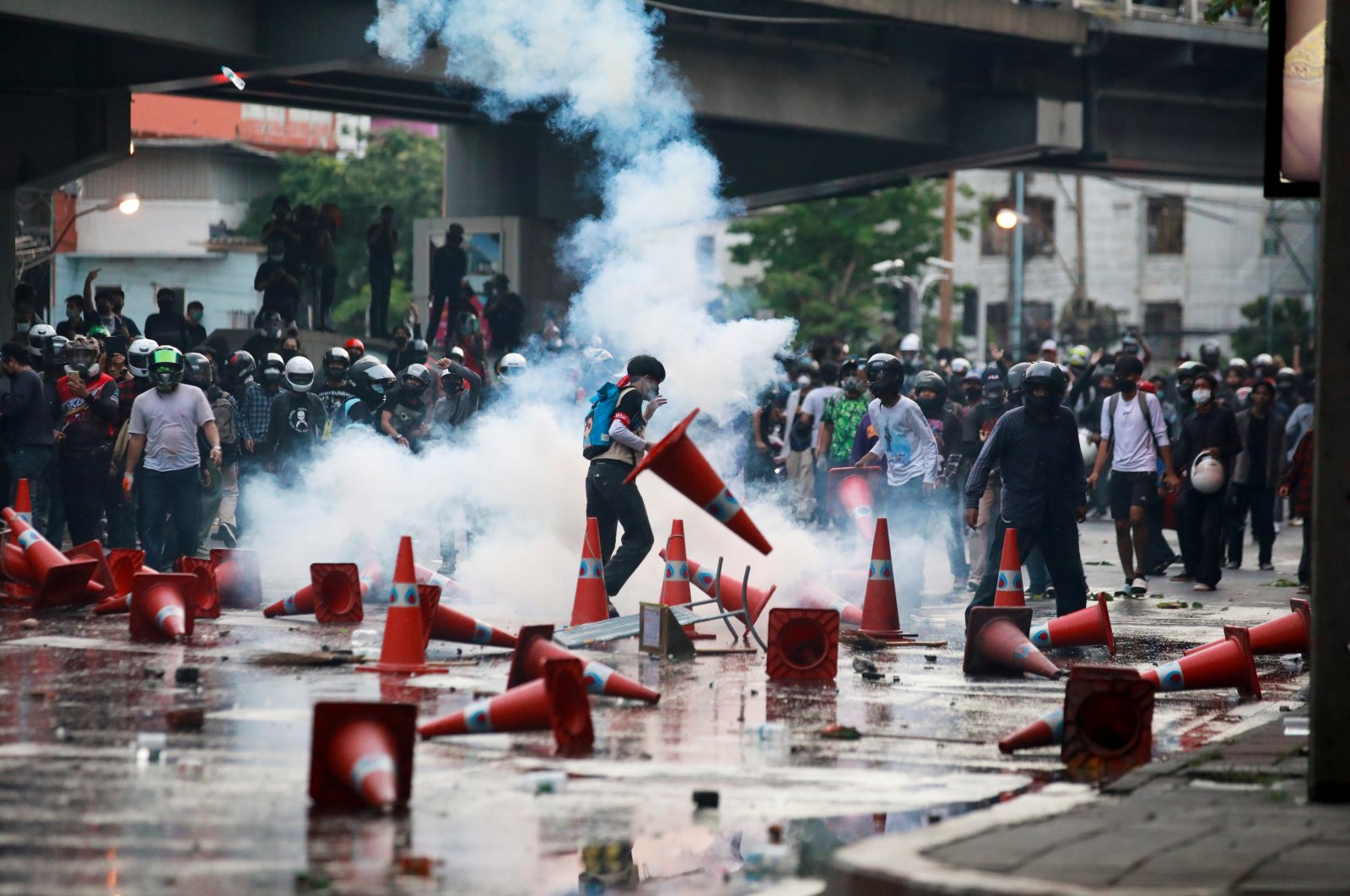 Demonstrators clash with police during a protest against the government's handling of the COVID-19 pandemic, in Bangkok, Thailand, Aug. 10, 2021. (REUTERS Photo)
by French Press Agency - AFP
Aug 11, 2021 2:35 pm

Thai police used rubber bullets and tear gas on protesters for the second day in a row on Wednesday as demonstrators rallied against the government and its handling of the coronavirus crisis.

Demonstrators in Bangkok defied a ban on public gatherings as Thailand tries to curb its worst virus outbreak so far – more than 21,000 new cases were announced on Wednesday.

The slow roll-out of the kingdom's vaccination program, as well as financial hardship from restrictions, are fuelling public anger towards Prime Minister Prayut Chan-O-Cha's government.

About 150 protesters gathered at the major intersection of Bangkok's Victory Monument on Wednesday afternoon, intending to march to Prayut's residence.

They quickly dispersed as riot police moved in and arrested at least two demonstrators.

Earlier protesters burnt an effigy of a Thai judge who denied bail to political detainees.

"Police are not our enemies. Our true enemy is the government," one protester told the rally.

Authorities then used shipping containers to block the route to Prayut's residence, prompting a separate clash amid heavy rain as police fired rubber bullets and tear gas at protesters from an elevated tollway.

Protesters retaliated by flinging projectiles and setting a police truck on fire, black smoke pluming into the air.

Demonstrators had clashed with police in Bangkok Tuesday, with 48 arrested and nine officers injured, including one shot in the leg.

Bangkok police, facing accusations of heavy-handedness, insist their approach is in line with the law and urged people not to jeopardize public health and safety.

A youth-led pro-democracy movement began last year and at its peak drew tens of thousands of people to rallies demanding the resignation of Prayut, the former army chief who came to power in a 2014 coup.

The movement broke long-held taboos by demanding reforms to Thailand's monarchy, and scores of protesters have been hit with multiple royal defamation charges, which carry maximum penalties of 15-year jail terms.

But the movement lost momentum as COVID-19 cases surged and its leaders were detained.