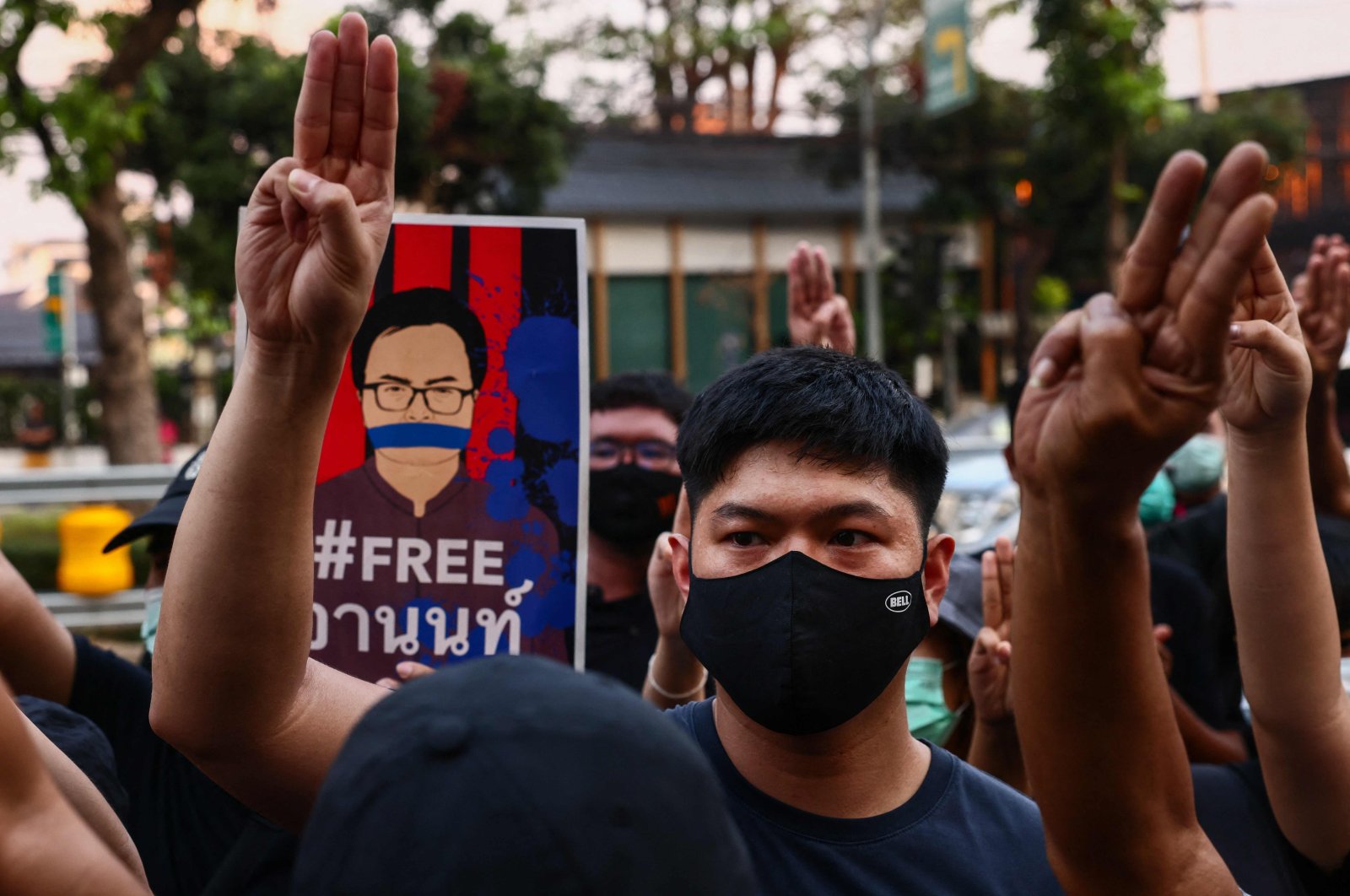 Pro-democracy protesters raise the three-finger salute outside the Criminal Court, during a demonstration against the detention of anti-government activists, Bangkok, Thailand, March 9, 2021. (AFP Photo)
by Reuters Mar 09, 2021 3:52 pm
RECOMMENDED

Thailand's Asian Institute of Technology (AIT) has warned foreign students to steer clear of political rallies or face revocation of their visas and immigration blacklisting amid anti-government protests and local demonstrations against a coup in Myanmar.

AIT, in an email memo to students, said it respected freedom of expression but was conveying a request from Thai immigration for foreign students not to join protests.

"All of us must be respectful of the laws and policies of the host country Thailand," it said in an email seen by Reuters on Tuesday.

"We strongly urge members of the AIT community to take heed of the message issued by the government of Thailand."

Thailand has seen demonstrations in recent weeks denouncing last month's military coup in Myanmar and a deadly crackdown by security forces on protesters. Myanmar has a large community in Thailand.

Rallies have taken place outside the Myanmar embassy in Bangkok and the regional headquarters of the United Nations, urging the body to take action.

The memo did not specifically mention demonstrations about Myanmar, but said the request covers protests in "Bangkok, United Nations, embassies."

Thailand has also seen a resumption recently of youth-led protests against its government.

Thailand has called for restraint and dialogue in Myanmar but has stopped short of criticizing the military for seizing power.

Government spokesperson Anucha Burapachaisri said no order had been issued by the immigration bureau, as did foreign ministry spokesperson Tanee Sangrat, who said the issue could be a "miscommunication."

Police Colonel Charoenpong Khantilo, chief of the immigration office in Pathum Thani, where the university is located, said no threat had been made to revoke visas and blacklist foreign students.

"We are concerned about their safety and worried that they will get involved in wrongdoing from participating in protests," Charoenpong told Reuters, adding that an emergency decree was in force that prohibits mass gatherings.

"We never wanted to limit the students' freedom of expression," he said.