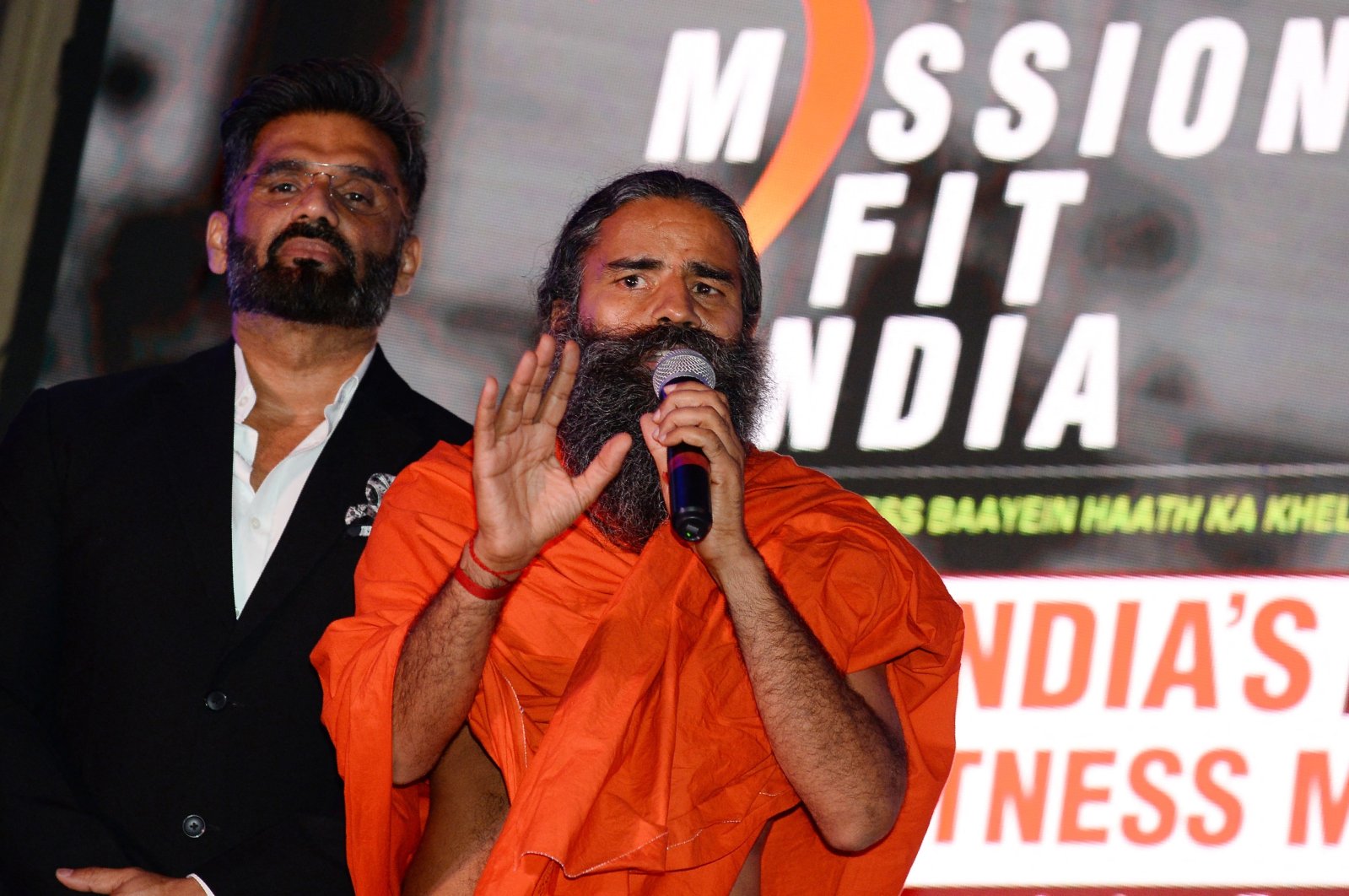 Thousands of doctors across India wore black armbands on Tuesday calling for the arrest of a hugely popular guru who has claimed yoga can prevent COVID-19 and that conventional medicine has killed thousands of coronavirus patients.

Baba Ramdev, the creator of a successful traditional medicine empire, said last month the pandemic showed modern pharmaceuticals to be "stupid and failed science" and claimed hundreds of thousands "have died because they had allopathy (conventional) medicines."

On Tuesday's "Black Day" of protests, photos on social media showed doctors with banners demanding the arrest of the "Quack Ramdev," while others wore personal protective equipment (PPE) with #ArrestRamdev written on the back.

The doctors' association at the All India Institute of Medical Sciences (AIIMS), one of Delhi's biggest government hospitals, called Ramdev's comments "disgraceful." According to media reports, doctors also changed their profile pictures on social media to black squares.

“In a country like India where people tend to follow spiritual gurus, yoga gurus and that too blindly, when people like that, they spread mistrust, misinformation, it becomes very difficult for us as science-based people, as doctors to wipe that misinformation out,” Mehak Bhushan of the Federation of Resident Doctors Association told Qatar-based Al-Jazeera.

Ramdev, a keen supporter of Prime Minister Narendra Modi, retracted his comments after an appeal by India's health minister and the guru said he had been merely reading out other people's WhatsApp messages. But he then caused further outcry by saying that he did not need a coronavirus vaccine because he was protected by yoga and traditional medicine, or Ayurveda.

Ramdev's company Patanjali Ayurved is worth several hundred million dollars, selling everything from toothpaste to jeans at its ubiquitous stores. Earlier this year it launched a herbal remedy called Coronil that Ramdev, who also has a TV channel, had said would cure coronavirus.

The launch event was attended by India’s Health Minister Harsh Vardhan as well as by the chair of the executive board of the World Health Organization (WHO).

According to doctors, Ramdev is using the pandemic and his many followers to convince people to buy his unapproved products. Ramdev claimed that the WHO approved Coronil, but the global health authority denied the claim.

A senior journalist whose tires were cut while investigating Ramdev's business interests says the yoga guru is under the protection of Modi's right-wing government.

“His vested interest in businesses, which is really what he is behind the sham of being a yogi ... it has been documented to some extent ... So in some sense, he has a political sanction and therefore has a large degree of impunity in getting away with what he does,” Nitin Sethi told Al-Jazeera.

The company – India's 13th most trusted brand according to rankings published last year – has previously claimed it had cancer remedies, while Ramdev has also said he can "cure" homosexuality and AIDS.

India has had 27.16 million cases of the coronavirus and 311,388 deaths, according to health ministry data, and a devastating second wave of infections is sweeping many parts of the country.

Traditional medicine is popular with many people, partly because of a lack of access to health care, but doctors have warned of the danger of people putting their trust in alternative treatments for COVID-19. More than 1,200 doctors have died due to the pandemic, according to the Indian Medical Association.

"You lower your guard thinking you're protected in some way, but I think real harm can be caused by giving people a false sense of security," said Lancelot Pinto, a consultant pulmonologist at Hinduja Hospital in Mumbai.