UK conference to put pressure on China over Uyghur genocide 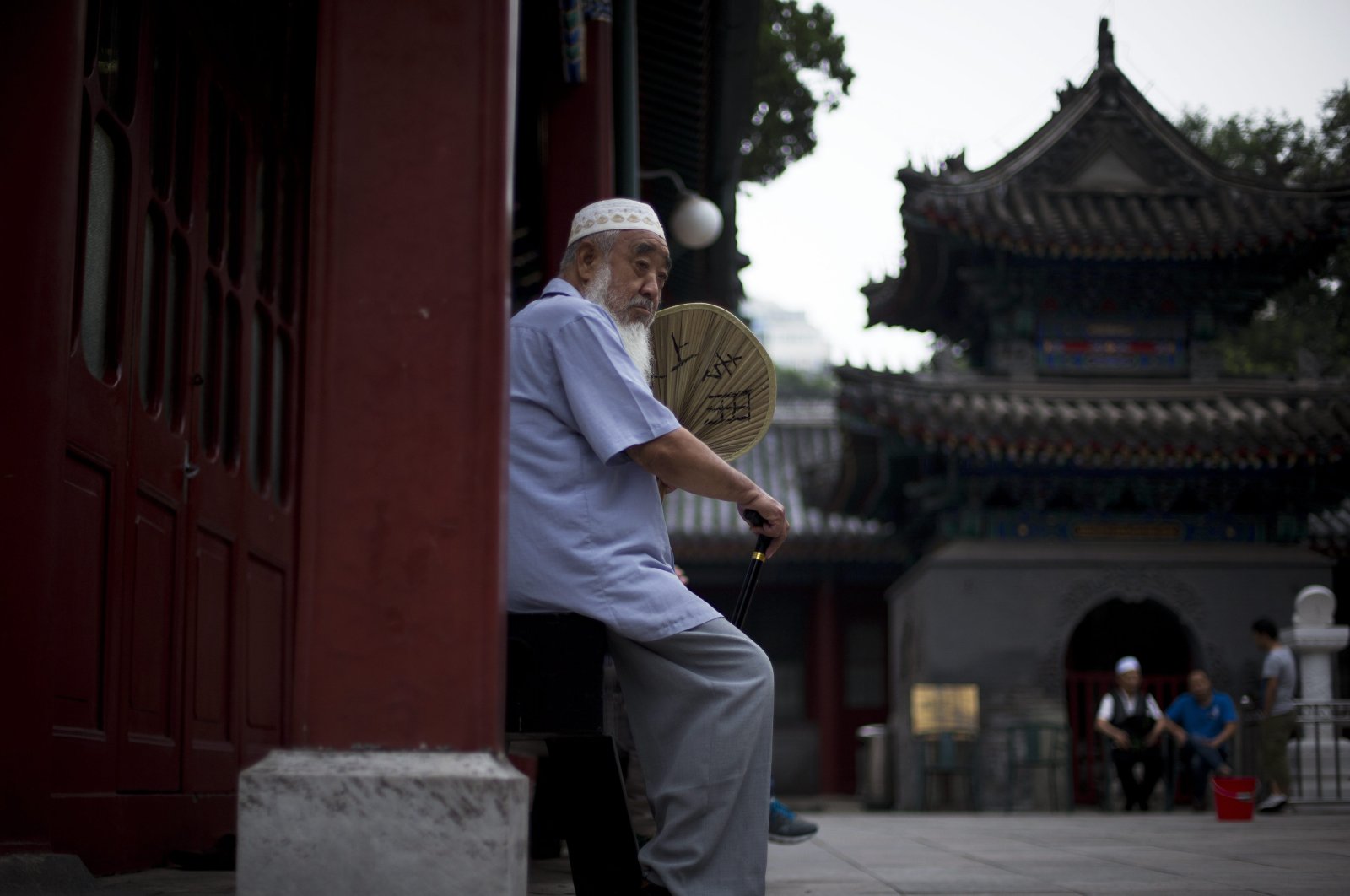 A Chinese Muslim man fans himself as he waits for the time to break his fast during the Muslim holy month of Ramadan at the Niujie mosque, the oldest and largest mosque in Beijing, China, July 2, 2014. (AP Photo)
by ASSOCIATED PRESS
Sep 01, 2021 11:59 am

Leading scholars and lawyers are joining politicians and human rights groups in Britain Wednesday for the first large-scale conference to discuss the Chinese government’s alleged genocide against the Uyghur ethnic group in the northwest Xinjiang region.

The three-day conference at Newcastle University brings together dozens of speakers, including senior British judges and lawmakers, and is the first to gather so many experts on Xinjiang and genocide. It is the latest move aiming to hold China accountable for alleged rights abuses against the Uyghurs and other predominantly Muslim and Turkic minorities.

"We want it to not just be a scholarly affair – we are gathering all these people to combine their expertise and influence to up the ante, to increase pressure on China, to think of ways to bring an end to the harm on the Uyghur people,” said organizer Jo Smith Finley, an academic specializing in Uyghur studies.

"This is a major humanitarian disaster which is increasingly urgent," she added. "Is this genocide or cultural genocide, or crimes against humanity, and how can we prosecute that? We are really trying to refocus on what can we do to make this stop.”

Researchers say an estimated 1 million people or more – most of them Uyghurs – have been confined in vast re-education camps in Xinjiang in recent years. Chinese authorities have been accused of imposing forced labor, systematic forced birth control and torture, erasing the Uyghurs’ cultural and religious identity, and separating children from incarcerated parents.

Chinese officials have rejected the genocide and rights abuse allegations as groundless and characterized the camps as vocational training centers to teach Chinese language, job skills and the law to support economic development and combat radicalism.

China saw a wave of Xinjiang-related terror attacks through 2016. Xu Guixiang, a Xinjiang spokesperson, denied the allegations at a news conference in Beijing this week. He said the government's policies had curbed militant attacks and restored stability to the region.

"They say more than 1 million people have been locked up in Xinjiang, but in fact most of the graduates of the training and education centers have gotten stable jobs and lead happy lives,” Xu said.

The U.S. government and parliaments in Britain, Belgium, the Netherlands and Canada have declared that Beijing’s policies against the Uyghurs amount to genocide and crimes against humanity. The United States have blocked imports of cotton and tomatoes from Xinjiang and companies linked to forced labor in the region, and the European Union and Britain have also imposed sanctions on Communist Party officials.

Despite such moves and a growing body of evidence documenting abuses, critics say there has not been enough international political or legal action. It is unclear if the economic sanctions would compel Beijing or Chinese companies to change their ways.

China has also retaliated by imposing sanctions on Western individuals and institutions, and called for boycotts against leading retailers such as Nike and H&M after they expressed concerns about forced labor in Xinjiang. Finley, the conference organizer, was one of several British individuals slapped with Chinese sanctions and banned from visiting China earlier this year for her work.

One of the main goals of the conference is to consider whether diplomatic actions – such as a diplomatic boycott of the 2022 Winter Olympics in Beijing – can be effective in pursuing Chinese accountability. "There’s a lot we can do in terms of shaming,” Finley said.

The conference runs until Friday and will be livestreamed online.