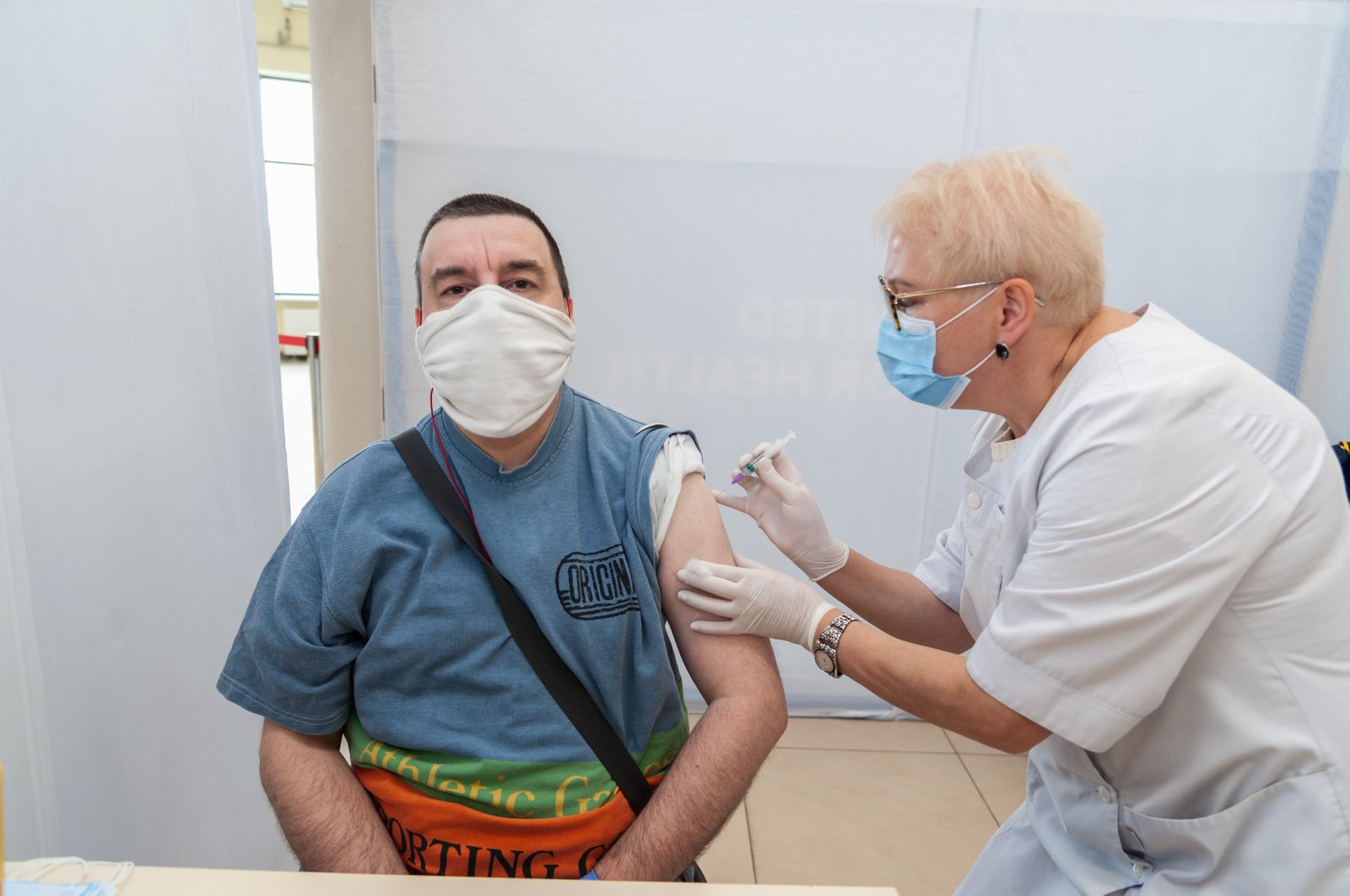 A healthcare worker administers a dose of Sinovac vaccine to a man at the Arena Lviv stadium, in Lviv, Ukraine, May 29, 2021. (Sipa USA via Reuters)
by ASSOCIATED PRESS Jun 26, 2021 2:21 pm
RECOMMENDED

Ukraine has withdrawn its support for a call to allow the U.N. human rights chief immediate access to the western Chinese region of Xinjiang after Beijing threatened to withhold Chinese-made COVID-19 vaccines from Kyiv unless it did so, diplomats told The Associated Press (AP) on Friday.

Ukraine briefly joined a statement by over 40 countries, presented by Canada at the Human Rights Council in Geneva on Tuesday, urging China to allow immediate access for independent observers to Xinjiang. Some human rights groups have alleged Chinese mistreatment of Muslim Uyghurs and others in the region.

On Thursday, Ukraine pulled its name off the list of supporting states after Chinese authorities warned Kyiv that they would block a planned shipment of at least 500,000 doses of COVID-19 vaccines to Ukraine unless it did so, said diplomats from two Western countries. The diplomats spoke on condition of anonymity because they were not authorized to discuss the matter publicly.

Ukraine has agreed to purchase 1.9 million doses of CoronaVac vaccine from China’s Sinovac Biotech. As of early May, Ukraine had received 1.2 million doses, according to Health Minister Maxim Stepanov.

In the past, China's government has been no stranger to pressuring other countries in Geneva diplomatic circles or in national capitals either to line up behind its statements or avoid backing statements that criticize, question or seek scrutiny of human rights in the country.

But the alleged pressure would mark an escalation of intense recent efforts by Beijing to push back against criticism of its rights record, this time by potentially jeopardizing health – even lives – as a way to minimize international attention to it, the diplomats said.

One of the Western diplomats called it a sign of “bare-knuckles" diplomacy by China. The other diplomat cited “reports of significant pressure in Kyiv,” adding, “last night the delegation told us they needed to pull out.”

The situation could still change. Under the practice of the 47-member council, countries can add their names to statements or resolutions up to two weeks after the end of a session. The current 3 1/2-week session that began Monday runs until July 13.

Canadian Ambassador Leslie Norton said in a statement Tuesday that “credible reports indicate that over a million people have been arbitrarily detained in Xinjiang.” Norton's statement was initially backed by 41 countries and is now supported by 44. Ukraine was briefly country number 45.

Norton also pointed to “reports of torture or cruel, inhuman and degrading treatment or punishment, forced sterilization, sexual and gender-based violence and forced separation of children from their parents by authorities” in China.

Also Tuesday, a Chinese diplomat decried shortcomings in Canada’s own rights record, pointing notably to abuses against Indigenous peoples. Belarus read a joint statement – allegedly by 64 countries – speaking out in defense of China’s right to manage its own internal affairs such as with Hong Kong or Xinjiang.

A spokesperson for the council’s secretariat said Belarus had not provided a list of those 64 countries. Belarus' diplomatic mission in Geneva did not immediately respond to an e-mail from the AP seeking a list of those countries.