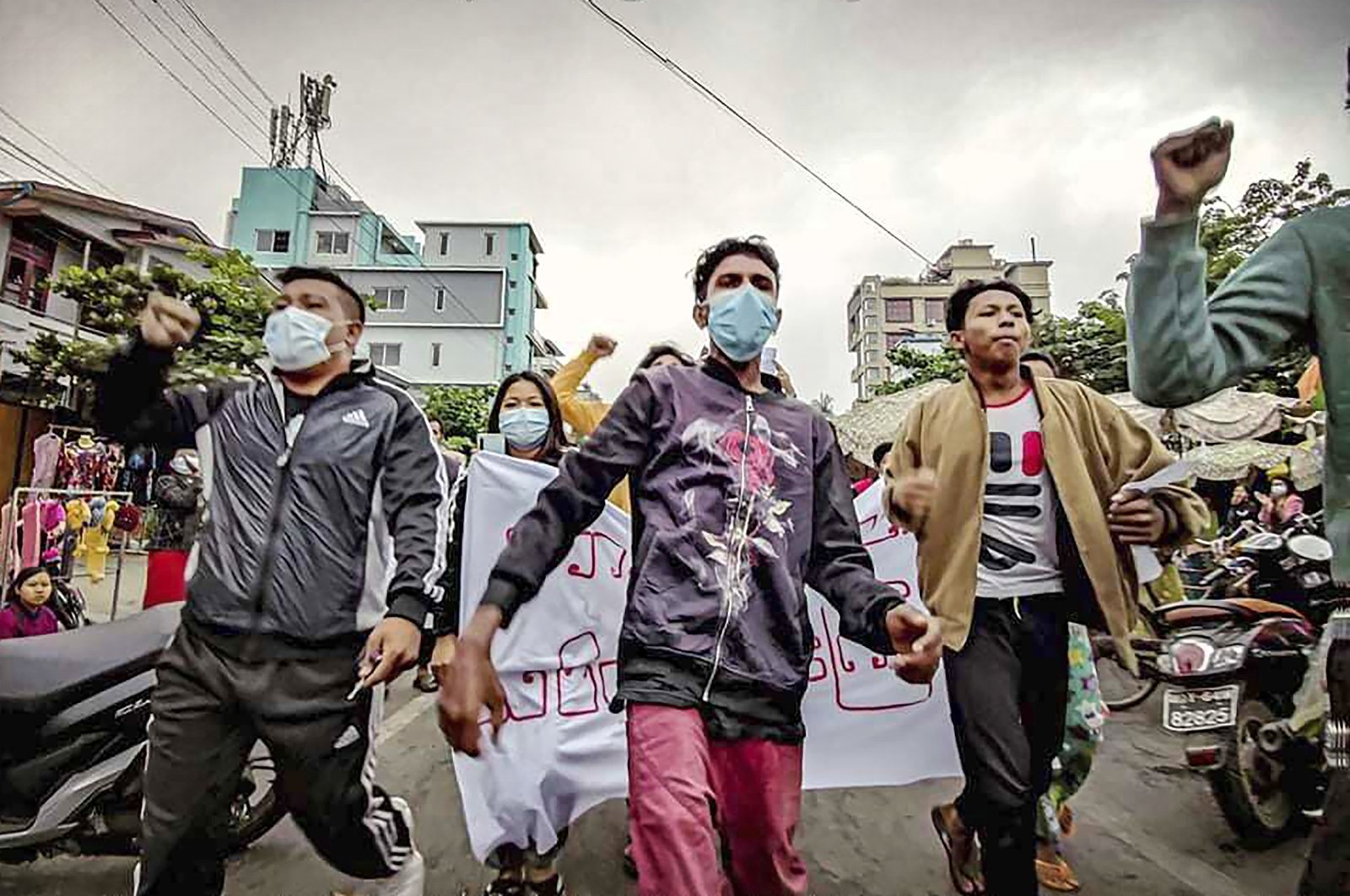 The Office of the United Nations High Commissioner for Human Rights (OHCHR) said Friday that there is an "alarming escalation of violence" in Myanmar, citing reports that security forces have killed and burned 11 people, including five minors, and rammed vehicles into protesters.

"We are appalled by the alarming escalation of grave human rights abuses in Myanmar," said OHCHR spokesperson Rupert Colville at a press conference.

"In the last week alone, security forces have killed and burned to death 11 people – among them five minors – and rammed vehicles into protesters exercising their fundamental right to peaceful assembly."

He said that more than 10 months since Myanmar's military overthrew the democratically elected government, the country's human rights situation was deepening "on an unprecedented scale."

The rights office praised Myanmar's "courageous and resilient people" for marking Human Rights Day and their opposition to the coup with a universal silent protest on Friday.

Colville was asked whether the conflict in Myanmar was turning into a civil war, to that he answered: "You already have, essentially, groups that oppose the government who seem to feel they have no option but to take up arms because nothing is happening in terms of dialogue, in terms of a political resolution to the situation."

"And you've had the military buildup in various parts of the country in the past few months, which we've already flagged."

On Tuesday, militia forces allegedly ambushed a Myanmar army unit with a remote-controlled explosive device in the Salingyi town of the Sagaing region, said the rights office.

Security personnel reportedly responded by raiding the village of Done Taw and arrested six men and five minors – the youngest of whom was 14 years of age.

Villagers said that they saw smoke rising from the area and later found the burned remains of the 11 males. "The villagers indicated that human corpses were contorted into shapes that appeared as though they were trying to shelter one another and escape from burning huts."

In a separate incident on Sunday, security forces in Kyimyindaing township, Yangon, rammed a vehicle into unarmed protesters and then fired on them with live ammunition, leading to several casualties, said the U.N. office.

"These attacks are heinous, completely unacceptable, and disregard common values of humanity. They are also far from isolated," said Colville.

In recent weeks, the rights office had received multiple reports of villages being burned, including protected structures such as places of religious worship and residential buildings.

"Since the coup, Gen. Min Aung Hlaing's forces have repeatedly failed to respect their obligations under international law to protect the country's people," said Colville.

"These latest grave violations demand a firm, unified and resolute international response that redoubles efforts to pursue accountability for the Myanmar military and the restoration of democracy in Myanmar," said the OHCHR spokesperson.

Sr. Gen. Min Aung Hlaing, leader of the military regime, has since named himself prime minister, promising multi-party elections and lifting the state of emergency by August 2023 instead of the initial one-year timeline.