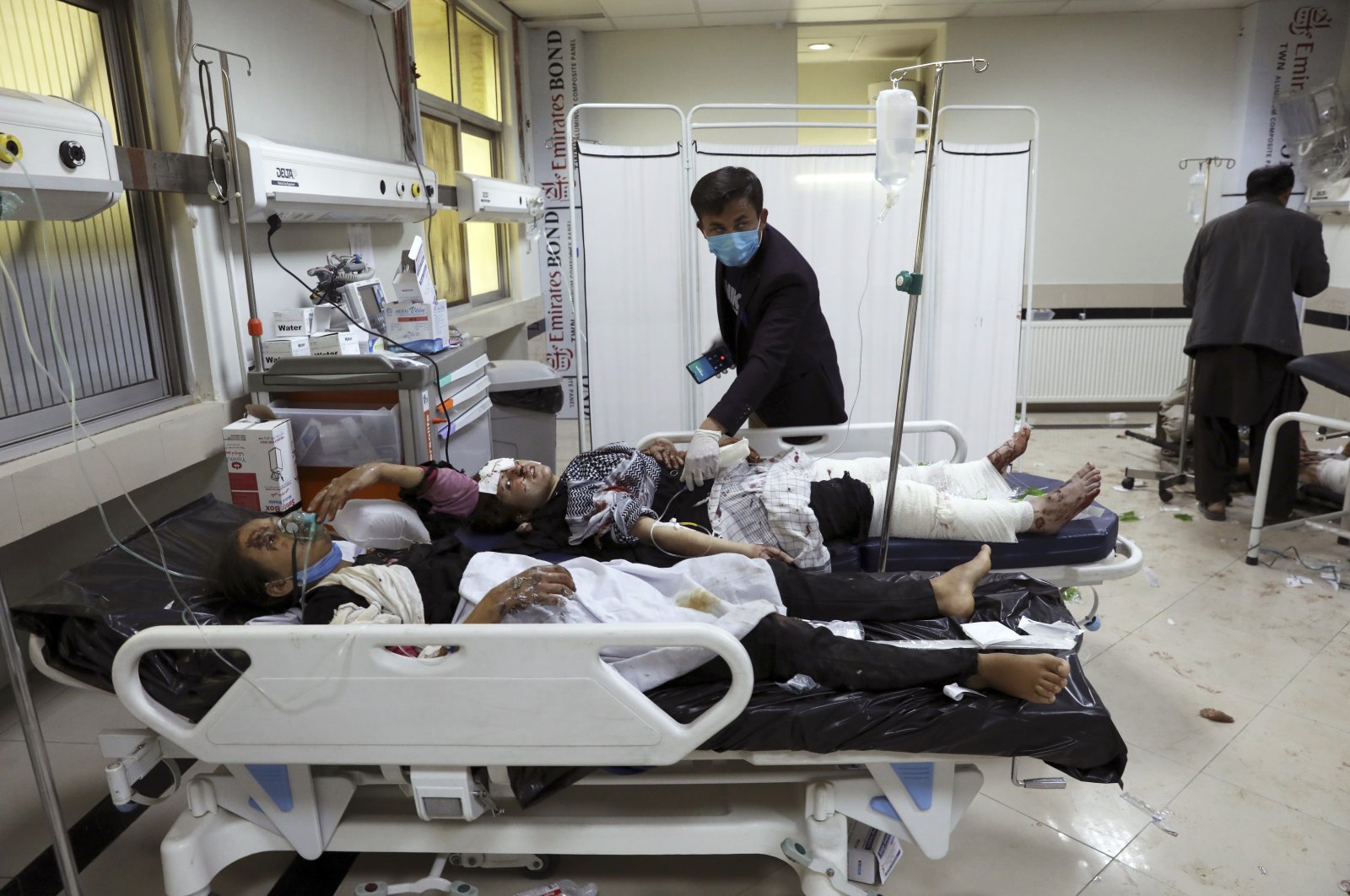 Around 2,400 Afghan civilians were killed or injured in May and June, the highest number for those two months since records started in 2009, the United Nations said, warning that Afghanistan may see an even greater disaster as fighting between Taliban insurgents and Afghan security forces escalates

More women and children were killed or wounded in Afghanistan in the first half of 2021 than in the first six months of any year since the United Nations began systematically keeping count in 2009, a U.N. report said Monday.

The war-torn country saw a 47% increase in the number of all civilians killed and wounded in violence across Afghanistan in the first six months of the year, compared to the same period last year, according to the report.

"I implore the Taliban and Afghan leaders to take heed of the conflict’s grim and chilling trajectory and its devastating impact on civilians," said Deborah Lyons, the U.N. secretary-general’s special representative for Afghanistan. "The report provides a clear warning that unprecedented numbers of Afghan civilians will perish and be maimed this year if the increasing violence is not stemmed,” Lyons added in a statement accompanying the report.

The Taliban have swiftly captured significant territory in recent weeks, seized strategic border crossings with several neighboring countries and are threatening a number of provincial capitals. The advances come as the last U.S. and NATO soldiers leave Afghanistan.

The report found a particularly sharp increase in killings and injuries since May, when international military forces began their withdrawal and the fighting intensified following the Taliban’s offensive.

The U.N. mission in Afghanistan reported in its Afghanistan Protection of Civilians in Armed Conflict midyear update 2021 that there were 1,659 civilians killed and 3,254 wounded. According to The Associated Press (AP) that's a 47% increase compared with the same period last year.

The U.S.-NATO withdrawal is more than 95% complete and due to be finished by Aug. 31.

While making swift gains on the ground, the Taliban have also said they do not want to monopolize power. However, they insist there won’t be peace in Afghanistan until there is a new negotiated government in Kabul and President Ashraf Ghani is removed from office.

Lyons called on the Taliban and Afghan leaders to intensify their efforts at the negotiating table. "Stop the Afghan against Afghan fighting. Protect the Afghan people and give them hope for a better future,” she said.

The U.N. report warned that without a significant de-escalation in violence, Afghanistan is on course for 2021 to have the highest ever number of documented civilian casualties in a single year since U.N. record-keeping in the country began.

The number of civilians killed and wounded in May and June is almost as many as recorded in the preceding four months. During May and June there were 2,392 casualties, with 783 killed and 1,609 wounded. That's the highest for those months since systematic documentation began in 2009, the report said.

According to the report, much of the battlefield action during May and June took place outside of the cities. But the U.N. is concerned that if intensive military action is undertaken in urban areas with high population densities, the consequences for Afghan civilians could be catastrophic.

"The pursuit of a military solution will only increase the suffering of the Afghan people,” the report said. It blamed anti-government forces for 64% of all civilian casualties, with 39% inflicted by the Taliban, nearly 9% by the Daesh terrorist group and 16% undetermined.

Afghan security forces were responsible for 23% of civilian casualties, and pro-government armed groups for 2%. The May 8 attack outside the Sayed ul-Shuhuda school in the Afghan capital of Kabul accounted for more than 300 civilian casualties, mostly girls, including 85 killed. No one has claimed responsibility for that attack, the report said.

The U.N. attributed 11% of all civilian casualties to crossfire during ground engagements in which the exact party responsible for casualties could not be determined.

According to the report, the main cause of civilian casualties was improvised explosive devices, followed by fighting on the ground and targeted killings.

The United States said Sunday that it will continue to carry out airstrikes to support Afghan forces facing attack from the insurgent Taliban.

"The United States has increased airstrikes in support of Afghan forces over the last several days and we're prepared to continue this heightened level of support in the coming weeks if the Taliban continue their attacks," U.S. Marine General Kenneth "Frank" McKenzie told a news conference in Kabul.

McKenzie, who leads U.S. Central Command, which controls U.S. forces for a region that includes Afghanistan, declined to say whether U.S. forces would continue airstrikes after the end of their military mission on Aug. 31.

"The government of Afghanistan faces a stern test in the days ahead ... The Taliban are attempting to create a sense of inevitability about their campaign," he said, according to remarks carried by Reuters. But he said a Taliban victory was not inevitable and a political solution remained a possibility.

Afghan government and Taliban negotiators have met in Qatar's capital, Doha, in recent weeks, although diplomats say there have been few signs of substantive progress since peace talks began in September.

U.S. Defense Secretary Lloyd Austin said earlier that the Afghan security forces' first job was to make sure they could slow the Taliban's momentum before attempting to retake territory. McKenzie said there would likely be a rise in violence after a lull over the Muslim holiday Eid al-Adha and that the Taliban could focus on populated urban centers.

"They are going to have to deal with the cities if they want to try and claw their way back into power," he said. "I don't think it's a foregone conclusion that they are going to be able to capture these urban areas."