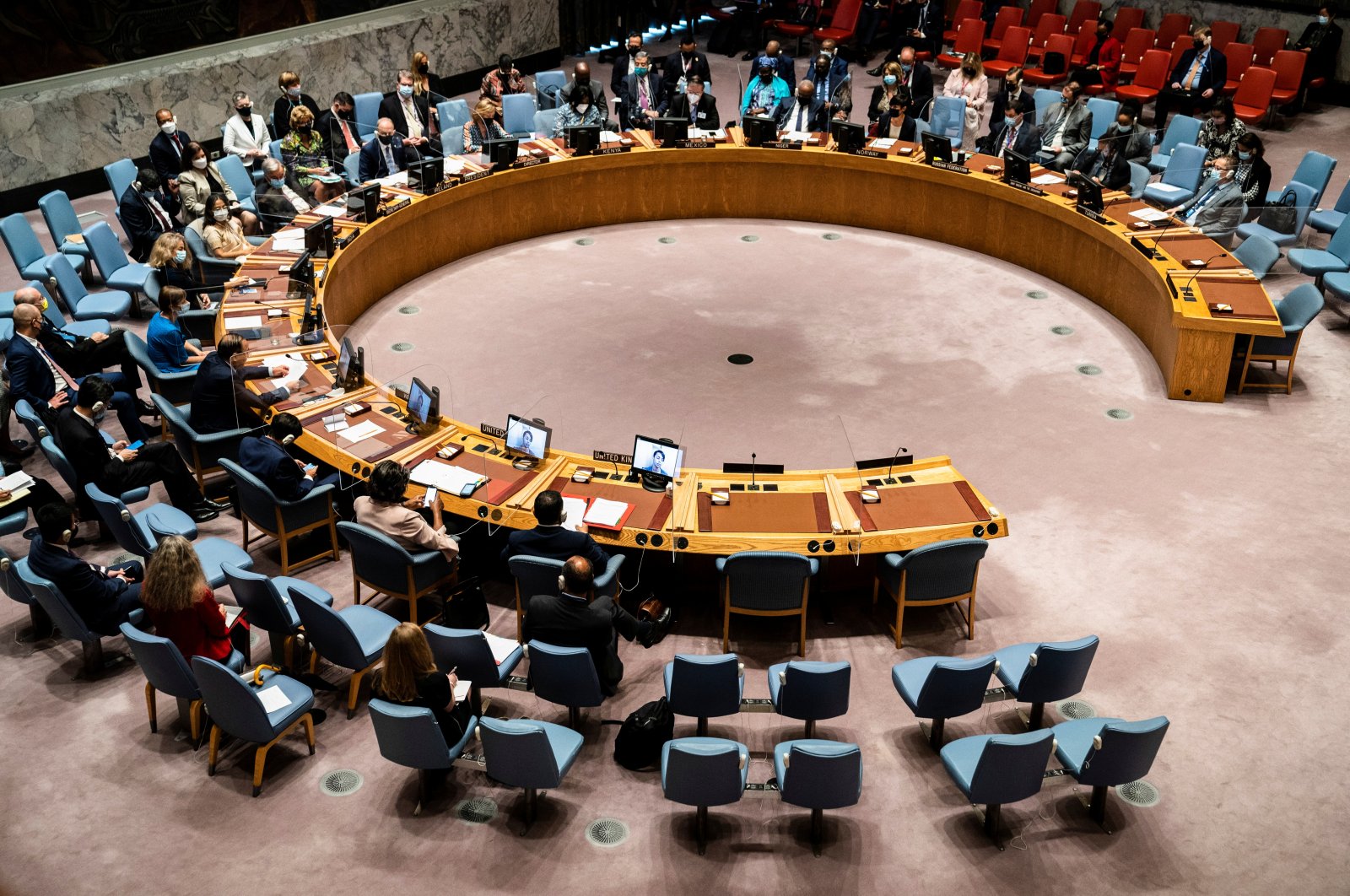 Permanent Representative of China to the United Nations Zhang Jun speaks during a meeting of the Security Council at the 76th Session of the U.N. General Assembly in New York, U.S. September 23, 2021. (Reuters Photo)
by French Press Agency - AFP
Oct 01, 2021 9:26 pm

The closed-door meeting lasted just over an hour. It was requested by the United States – a rare show of initiative in recent years – France and Britain.

The goal was to examine North Korea's launch early this week of what it called a hypersonic gliding vehicle. On Friday, North Korean state media said the country had tested a new anti-aircraft missile.

"France wanted a public statement but Russia and China said that this was not the time, that they needed more time to analyze the situation," a diplomat from a country that is part of the Security Council told AFP.

Diplomats from France – which wanted the council to issue a statement – were not immediately available for comment.

In 2017 at the behest of the Trump administration, the Security Council imposed tough economic sanctions against North Korea three times after it staged a nuclear test and several involving conventional missiles. The council passed them unanimously each time.

But since then the council has failed to reach a common stance on nuclear-armed North Korea.

Several times China – Pyongyang's key ally – and Russia have requested in vain the partial lifting of sanctions against North Korea.

Eight months after taking office the administration of President Joe Biden has not yet come up with a clear strategy toward North Korea.

"They tell us that are still studying this dossier," an ambassador from a Security Council member state said.

The diplomat complained that the U.S. lack of action is also seen on other international issues like the Middle East and the Western Sahara.