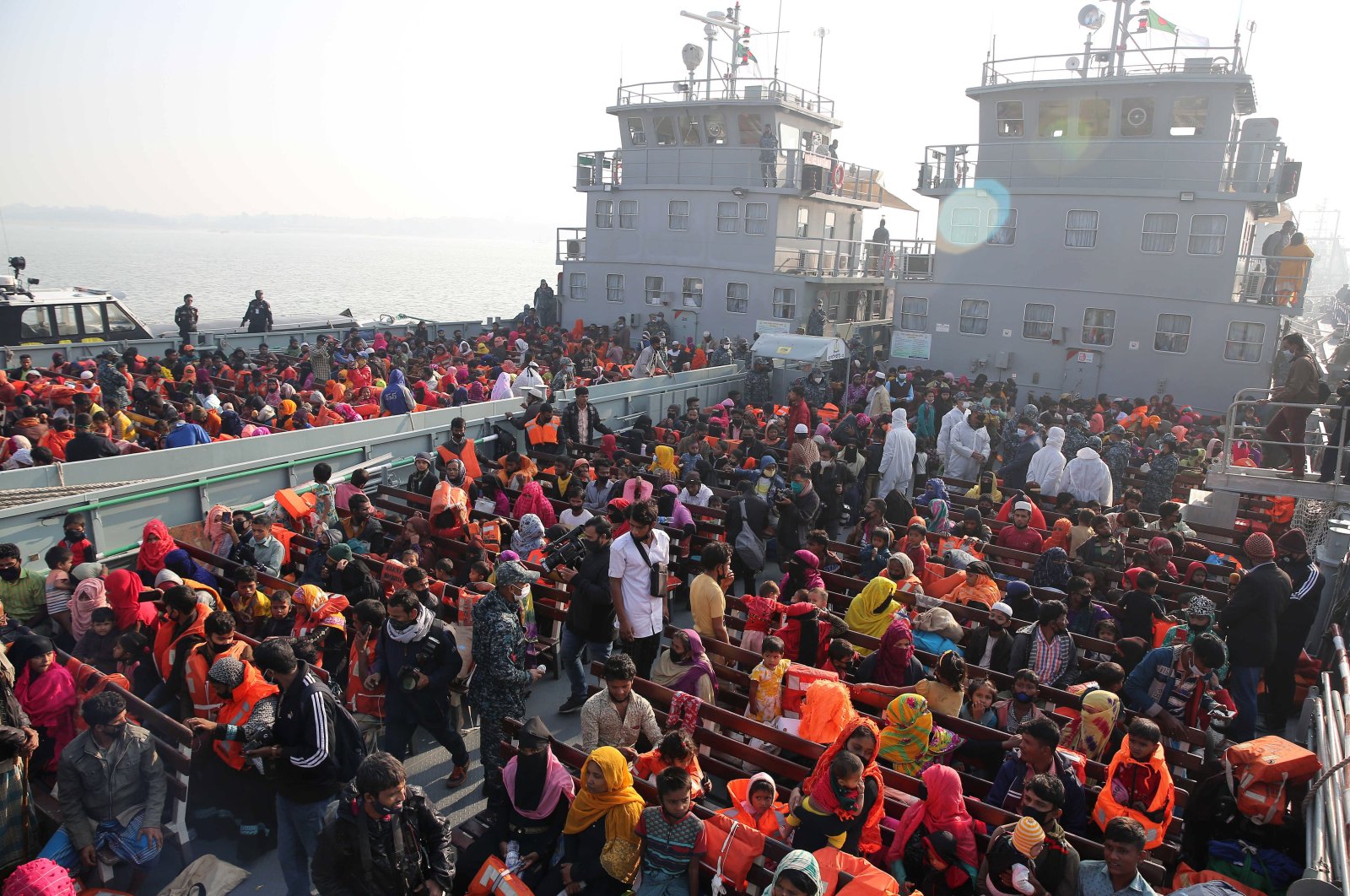 The United Nations and Bangladesh's government have signed an agreement to work together to help Rohingya refugees on an island in the Bay of Bengal where thousands have been relocated from crammed camps near the Myanmar border.

More than 19,000 Rohingya have already been moved to the Bhasan Char island by the government, and the U.N. said one of the key reasons to sign the agreement was to start serving that population. Bangladesh plans to relocate 100,000 Rohingya to the island in phases from the crowded refugee camps in Cox’s Bazar district.

The agreement came as a paradigm shift after the U.N. and humanitarian groups criticized the relocation, saying the 30-year-old island regularly submerged by monsoon rains was not fit for habitation. But Prime Minister Sheikh Hasina's government has spent more than $112 million on development, adding sea walls, hospitals, schools and mosques, and insists it is no more a vulnerable area.

After Saturday's agreement, authorities said another 81,000 refugees would be relocated to the island over the next three months.

A U.N. team's visit to the island in March preceded the world body's changed view. In a statement, the United Nations High Commissioner for Refugees (UNHCR) said the agreement was a further expression of Bangladesh’s "generosity and support toward the Rohingya population until they can return safely and sustainably to Myanmar.”

The agreement allows for close cooperation between the government and the U.N. on services and activities to benefit the island's residents. The U.N. also said it had discussions with the Rohingyas living in Cox's Bazar, as well as those already living on Bhasan Char island, prior to the signing of the agreement.

"These cover key areas of protection, education, skills-training, livelihoods and health, which will help support the refugees to lead decent lives on the island and better prepare them for sustainable return to Myanmar in the future,” according to the statement.

Johannes Van Der Klaauw, a representative at the UNHCR, said the organization has seen the island and believes Bangladesh's government has added "significant infrastructure” to offset environmental hazards. The agreement also allows refugees to move back and forth between the island and the main camps in Cox’s Bazar, he said.

Refugees will also have a chance to earn a living through odd jobs that will be accessible once aid organizations are set up on the island. Klaauw also noted that movement to Bhasan Char would be on an informed and voluntary basis. But most Rohingya refugees say they don’t want to relocate.

A woman who had moved to the island with her family earlier this year said many escaped on boats back to the camp because life on the island is hard for the refugees.

"If people stay there for a couple of years, all of them might start having mental issues,” she said, adding that medical and other aid facilities were not very well set up on the island. She was unwilling to be named, fearing retribution.

Amir Hamza, 63, another refugee said he won’t relocate to the island.

"I will go to the country where I was born, my father and grandfather were born. I have love for that country, and I agree to go to that country. I don’t agree to go to another country, island, or any place, even if I am offered milk and rice on a golden plate. I am ready and happy to go to my country, land, and to my home.”

Bangladesh has been sheltering 1.1 million Rohingya from Myanmar, including more than 700,000 who fled a harsh military crackdown on the Muslim ethnic group in August 2017 following an attack by insurgents.

Hasina says her administration will not force them to return. The Rohingya are not recognized as citizens in Myanmar, rendering them stateless and face other forms of state-sanctioned discrimination.

A U.N.-sponsored investigation in 2018 recommended the prosecution of Myanmar’s top military commanders on charges of genocide, war crimes and crimes against humanity for the violence against the Rohingya.