Violent clashes broken up in Melbourne amid anti-lockdown protests 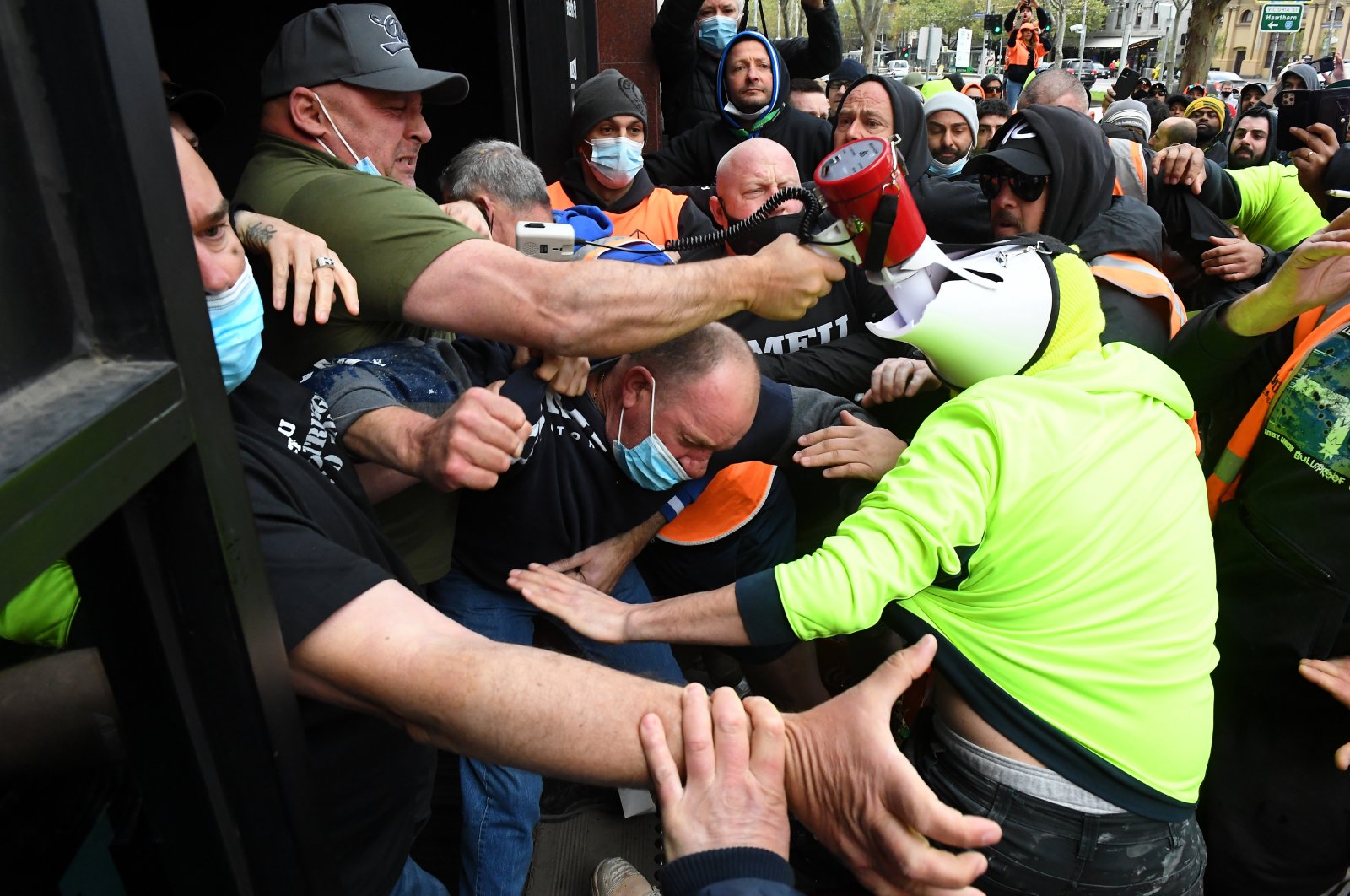 Police in Melbourne fired pepper balls and rubber pellets on Tuesday to disperse about 2,000 protesters who defied stay-at-home orders to damage property, block a busy freeway and injure three officers, leading to more than 60 arrests.

It was the second day of demonstrations in the locked-down Australian city after authorities shut construction sites for two weeks, saying workers' frequent movement was spreading the coronavirus. During eight hours of downtown protests, demonstrators threw rocks, bottles and flares at police, as television and social media showed video of marchers chanting and attacking police cars, surrounded by mounted police and officers in riot gear.

"This was a very, very large and very, very angry group," Shane Patton, police commissioner in the southeastern state of Victoria, told reporters, adding that the protest breached COVID-19 lockdown rules. "And it was a challenging and confronting environment," he added, urging people to stay away on Wednesday.

Protesters included not only construction workers but opponents of mandatory vaccinations and Victoria's extended lockdown, who cursed the jab, Victoria Premier Dan Andrews and the workers' union leader, who had backed vaccination for members. "Acts of violence and disruption won't result in one less case of COVID – in fact it only helps the virus to spread," Andrews said in a statement.

The halt in building activities followed a protest against a vaccine mandate that turned violent on Monday.

The state requires all construction workers to receive at least one vaccine dose by the end of this week. "The public health team was left with no choice but to hit the pause button and continue to work with the sector over the next two weeks to improve compliance," state Health Minister Martin Foley told reporters.

The forced closures of building sites will worsen Australia's economic woes, with some economists forecasting the extended lockdowns could push the AU$2 trillion ($1.45 trillion) economy into a second recession in as many years. Australia has locked down its largest cities of Sydney and Melbourne, as well as the capital, Canberra, to rein in an outbreak of the highly infectious delta variant.

But the tough curbs have triggered anti-lockdown rallies with police arresting hundreds in both cities over the weekend. Tuesday's 603 new infections in Victoria were the highest daily figure this year, with one new death was recorded.

Authorities have begun to ease some strictures on outdoor gatherings and exercise in Sydney and Melbourne as vaccination rates rise, with more freedom promised once 70% to 80% of adults in the population have received both vaccine doses.

Until now, 53% have been fully vaccinated in the state of New South Wales, home to Sydney, while in Victoria the coverage is 44%. New South Wales reported 1,022 new infections, the majority in Sydney, its capital, up from Monday's figure of 935, and 10 deaths. Even with the delta outbreaks, Australia's COVID-19 infections are lower than many comparable nations, with 88,700 cases and 1,178 deaths.