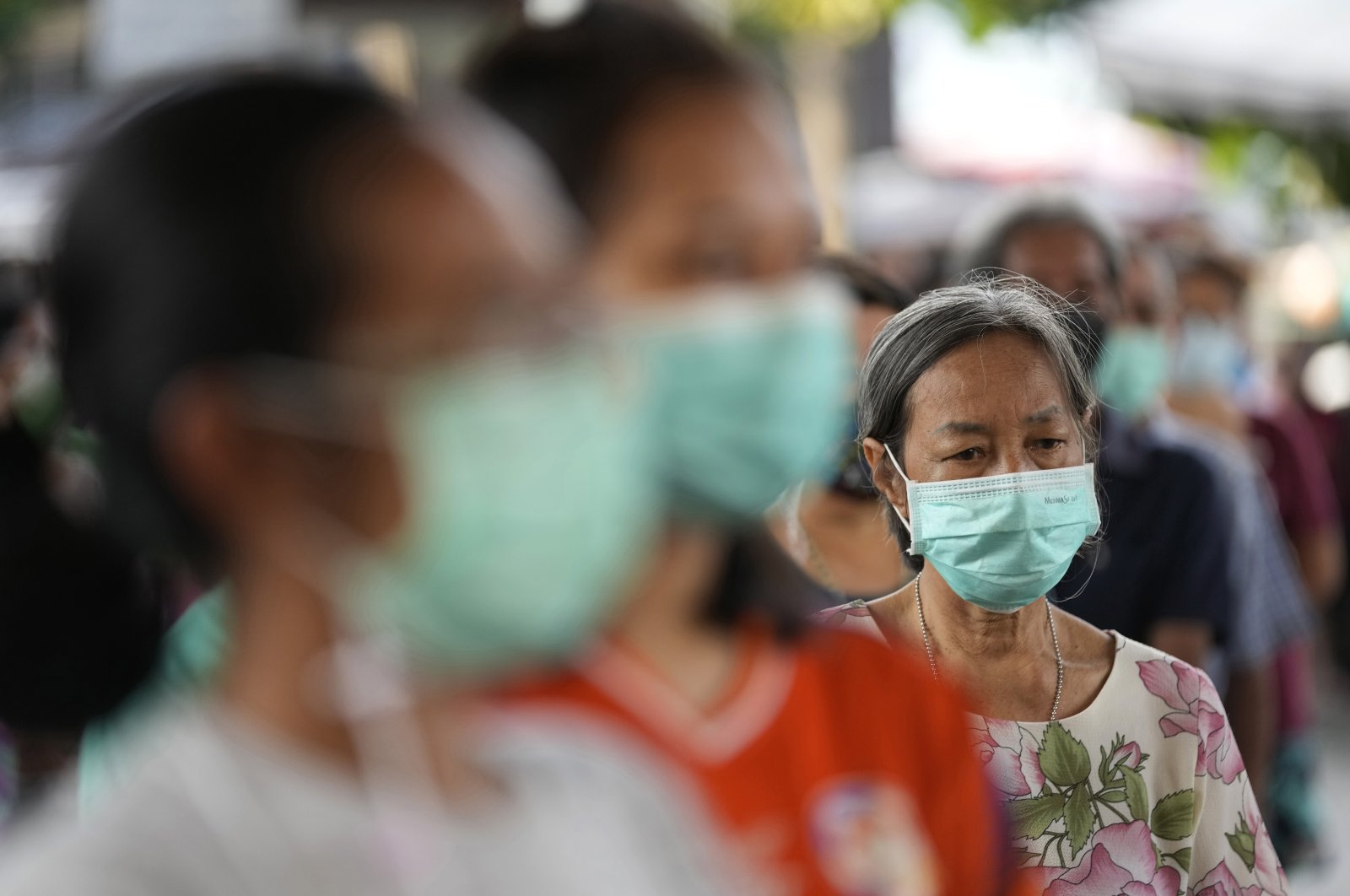 As the coronavirus shutters businesses in Thailand, many are having to go without food, especially those living in camps; however, volunteers in the country are a ray of hope for those struggling to survive.

For two months, carpenter Tun Nye hasn’t been able to send any money home to his parents in Myanmar to help them care for his 11-year-old son after authorities in Thailand shut down his construction site over coronavirus concerns.

No work has meant no income for him or his wife, who has been confined to one of more than 600 workers’ camps dotted around Bangkok, living in a small room in a ramshackle building with boards and blankets to cover missing windows.

In Thailand's worst virus surge yet, lockdown measures have reduced what little Bangkok’s have-nots had to zero. Volunteer groups are working to ensure they survive.

For Tun Nye, 31, the bag of rice, canned fish and other staples dropped off by Bangkok Community Help volunteers meant not having to go hungry that week.

"It’s been three or four months with no money and we don’t have enough to eat,” he said after collecting his supplies. "And there’s no option to go home to Myanmar, it’s worse there.”

The government shut down the camps at the end of June after clusters of delta variant infections spread among the workers living in close quarters, further escalating a COVID-19 spike in Thailand. Many lost all income, and while employers were supposed to ensure all had enough food and water, many didn’t.

"You would have one camp that had a lot of supplies, they were provided for, and you’d walk 30 meters (yards) to another and they hadn’t seen their boss in two weeks and were told to go fish for food,” said Greg Lange, one of the co-founders of Bangkok Community Help, which delivers about 3,000 hot meals a day and up to 600 "survival bags” like the one Tun Nye got.

Founded early in the pandemic last year, the organization has grown to more than 400 Thai and foreign volunteers like Lange, a 62-year-old native of Florida in the restaurant business who has lived in Thailand for two decades and relies heavily on social media to spread the word and solicit help.

Donations come from corporations, individuals and even governments. Some give meals they’ve prepared themselves, others packaged goods or cash. Rice in survival packages recently distributed in the slums near Bangkok’s main commercial port facilities was paid for through Australian Aid; apples were donated by the New Zealand-Thai Chamber of Commerce.

When hospitals became so overcrowded that COVID-19 patients couldn’t get admitted, volunteer doctors and others brought oxygen to their homes, hoping to keep them alive long enough for an ICU bed to become free.

"We were mostly dealing with helping people get through this time with food supplies, necessities, but suddenly we were dealing with lives, people were dying in our arms – literally,” said Lange’s co-founder, Friso Poldervaart, a Dutchman who has lived in Thailand for more than a third of his 29 years.

"That situation is luckily a little bit better now, more beds are free and the home isolation program of the government works better, but we’re still sending 20 to 30 people to the hospital every day, we’re still administering oxygen,” he said.

Thailand's new infections have ranged around 15,000 in recent days after peaking above 23,400 in mid-August, while deaths from COVID-19 have remained high, with 224 reported Sunday. The country has confirmed 1.2 million cases and more than 12,800 deaths in the pandemic.

The government hopes the country is now on its way out of this deadliest wave of the pandemic, which has accounted for 97% of Thailand’s total cases and more than 99% of its deaths.

After a much-criticized slow start to vaccinations, some 35% of the population has now had at least one shot and about 12% are fully vaccinated. In Bangkok, more than 90% have had one shot and more than 22% have had two.

"In terms of the number of cases, we see that it’s still in the high numbers but the trend is getting better,” said Dr. Taweesap Siraprapasiri, an epidemiologist who is a senior adviser at the government’s Disease Control Department.

Lockdown restrictions were relaxed last week, and many construction projects have been green-lighted to resume work, under tight supervision.

Taweesap said many of the construction workers have now received at least a first vaccine dose, and that many worksites have begun operating under what authorities have dubbed "bubble and seal” regulations – a "bubble” of workers are kept together and sealed off from outside contact to prevent COVID-19 from entering the site, or spreading beyond it.

"We are also applying this concept to other workplaces like factories,” he said.

When the camps were first shut, a group of Bangkok residents formed the We Care For Ourselves group, saying it was immediately evident to them that many workers had been left in crisis situations.

They created an online platform to match needs in the camps with donations available to better target the help, sharing their information with Bangkok Community Help and other groups.

Even though things are improving, group member Yuwadee Assavasrisilp said many unregistered workers still aren’t vaccinated and as word has spread about their group, they’re beginning to hear more about ongoing needs in the city’s slums.

When people test positive, they’re forced to isolate in their own homes, which usually means the virus spreads to family members, she said. And many are so poor they sneak out of isolation to work just so they can feed their families.

"Without the volunteers, we would have seen many more people die because they could not access the government’s system in time," said 32-year-old Yuwadee. "The number of volunteers in Thailand has been surging – this shows the generosity of people in Thailand during the crisis – but at the same time, it reflects the government’s big failure in handling this pandemic.”

A recent outbreak in Tun Nye’s camp, housing a 112-person crew building a mansion for an oil tycoon, meant that it had to stay shut longer than most but the worksite was approved for reopening last week. He and his wife both had the virus, but without serious symptoms and a negative test about a week ago means he can now get back on the job.

"Everyone’s looking forward to it,” he said, his smile broad enough to be visible through his surgical mask. "We’ve been without an income for so long.”

For the volunteer groups, it’s just another phase of a long pandemic.

Bangkok Community Help, in conjunction with the local government, last week opened a 52-bed isolation center in a primary school, unused due to the pandemic. And over the weekend volunteers comprehensively tested an entire neighborhood to get better data on infection rates.