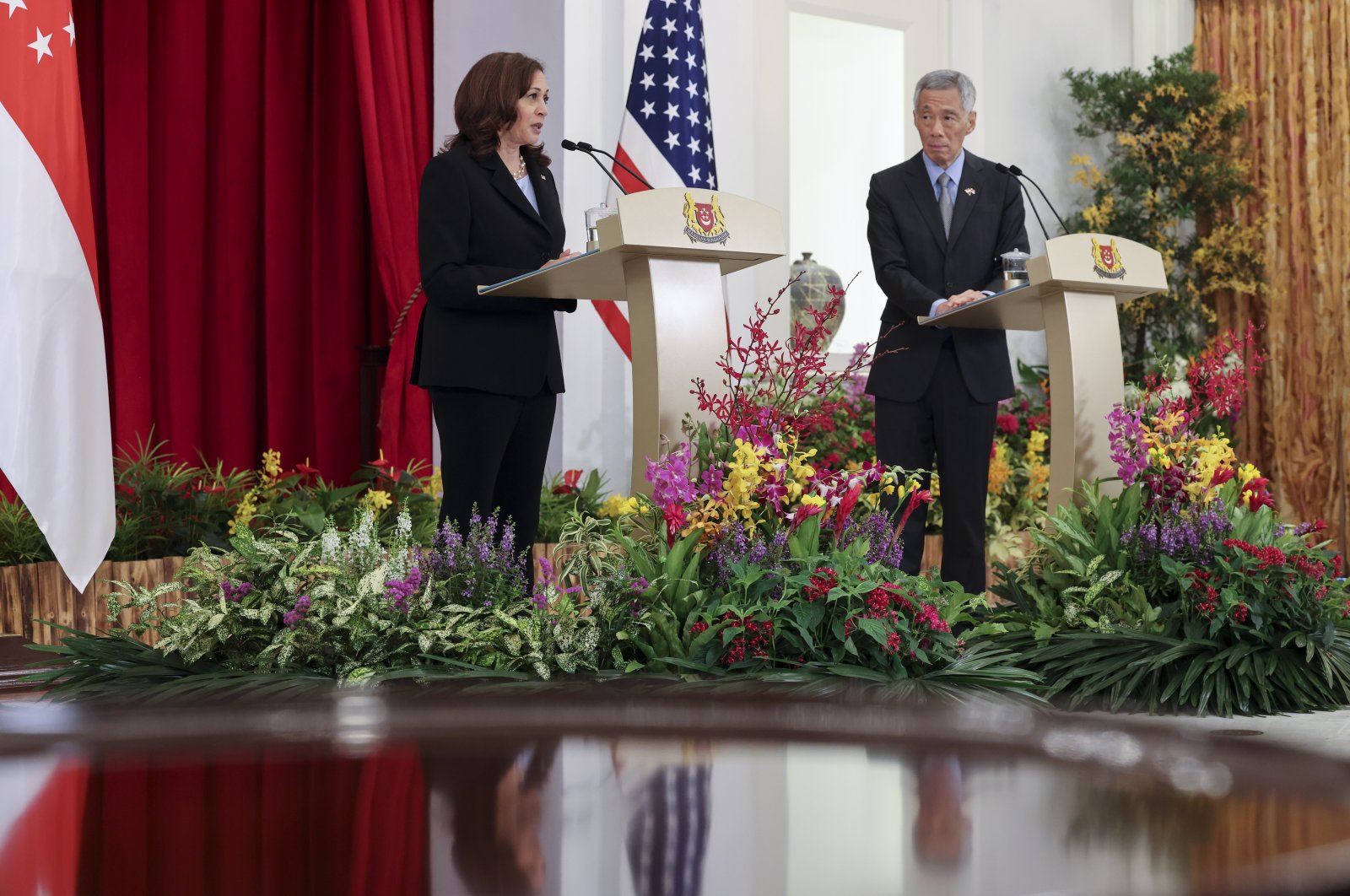 The Taliban swift return to power a week ago, and desperate scenes of thousands trying to flee, have cast a shadow over the United States' status as a global superpower. But on a visit to Singapore, her first stop on a trip that will also include Vietnam, Harris repeatedly insisted that the United States could be depended on.

"Our administration is committed to enduring engagement in Singapore, into Southeast Asia and the Indo-Pacific," Harris told a press conference alongside Singapore's leader. "The reason I am here is because the United States is a global leader, and we take that role seriously."

Singapore's Prime Minister Lee Hsien Loong said he welcomed the vice president's "reassurances on American intentions in the region, and in the world."

U.S. President Joe Biden's administration is seeking to reset relationships in Asia after the turbulent Trump era, and project Washington as a stabilizing force in the face of growing Chinese influence. But analysts say the Taliban's seizure of power and rapid collapse of U.S.-trained Afghan forces have raised fresh concerns about U.S. dependability.

There have been scenes of chaos at Kabul airport as huge numbers of Afghans seek to flee a country now controlled by the Taliban, notorious for their brutal 1996-2001 rule.

Harris is also facing criticism for being tone-deaf in going ahead with a visit to Vietnam as U.S. forces struggle to evacuate Americans, other foreigners and Afghan allies from Kabul. The crisis has prompted comparisons with the trauma of 1975 in Saigon, when U.S. helicopters ferried final evacuees from the embassy roof, as Viet Cong troops advanced.

U.S. officials insist the trip was planned long before the Afghan crisis and is focused on Washington's broader strategic goals in Asia. Harris arrived in the city-state Sunday and began her official engagements Monday. She held talks with Lee as the United States and Singapore signed agreements on combating cyber threats, climate change, and the coronavirus pandemic.

She was also formally welcomed at the president's official residence, inspected a guard of honor and was presented with an orchid named after her, a typical honor for a visiting dignitary. Later, she will visit Changi Naval Base and address U.S. sailors aboard the visiting USS Tulsa.