What was learned in the WHO COVID-19 origins probe 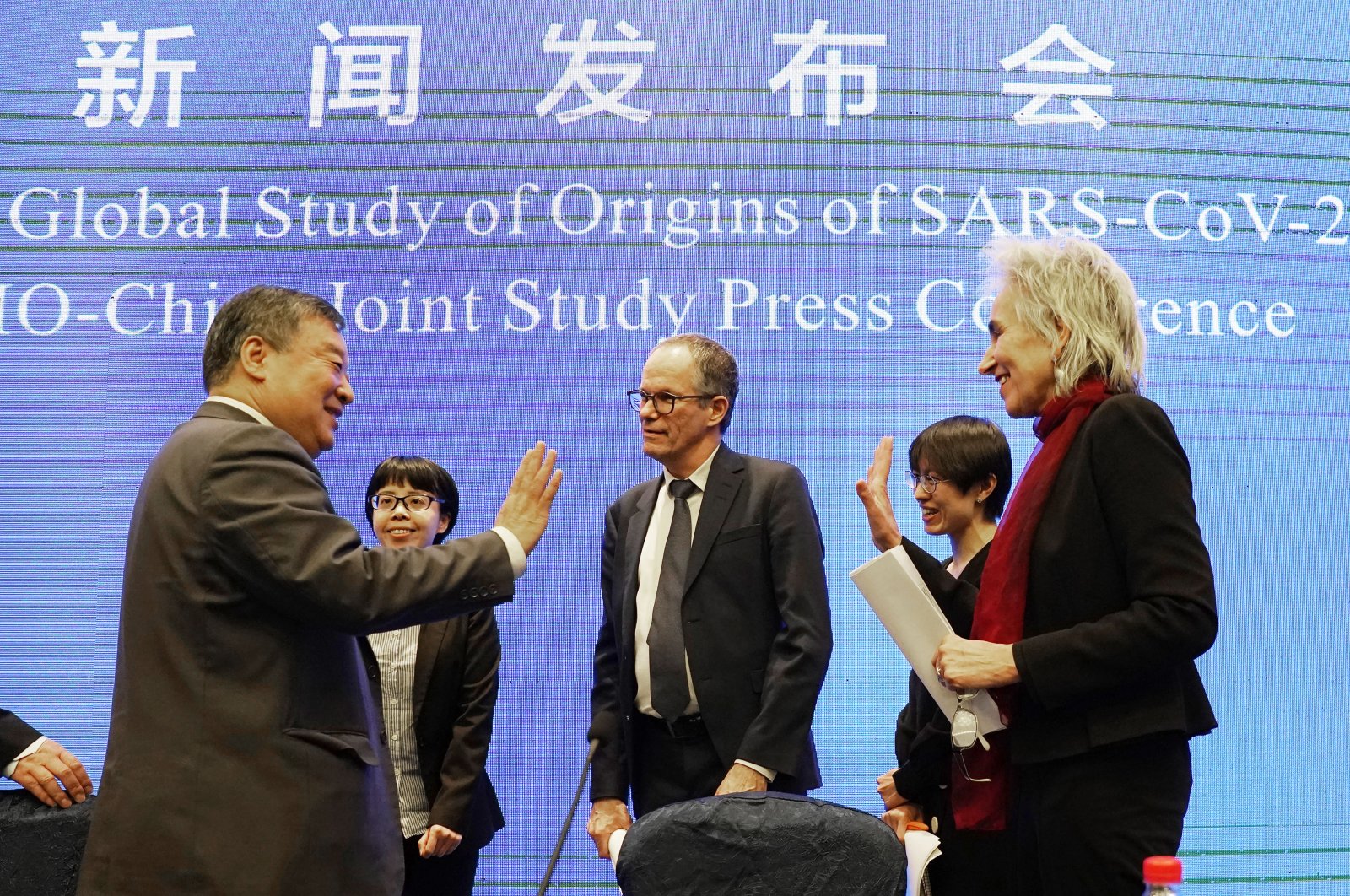 A World Health Organization (WHO) team departed China Wednesday having concluded their investigation into the origins of the coronavirus. While the team leaves having gained some insight into the genesis of the pandemic, many important questions remain unanswered.

The visit was politically sensitive for China – which is concerned about any allegations it didn't handle the initial outbreak properly – and has been closely watched around the world.

Team member Peter Daszak sounded an upbeat note on arriving at the airport at the end of the four-week trip to the central Chinese city of Wuhan, where the first COVID-19 cases were detected in December 2019.

“We have clear leads on what the next steps should be," he said. "We know a lot more after the work that's been done.”

The team's major conclusions seemed to confirm what most researchers had already surmised about the virus. The visit was never expected to definitively pinpoint the origin of the pandemic –an undertaking that, based on others, could take years.

Here's a look at the theories the team explored during their visit:

The mission to Wuhan did not change a major theory about where the virus came from. Scientists think bats are the most likely carriers, and that they passed it on to another animal, which passed it on to humans. While there are other possibilities – a bat could have infected a human directly, for instance – the path through a second animal remains the most likely scenario, according to the WHO team and its Chinese counterparts. The question is what animal and where.

The Huanan Seafood Market, which had a cluster of cases at the start of the outbreak, was initially suspected as the place where people first became infected. The discovery of earlier cases has all but ruled out that theory, but researchers still want to know how this early cluster happened.

The market dealt mainly in frozen seafood but also sold domesticated wildlife. That included rabbits, which are known to be susceptible to the virus, and bamboo rats and ferret badgers, which are suspected of being susceptible. At the WHO mission's closing news conference Tuesday, one team member said some of these animals have been traced to farms or traders in regions that are home to bats that carry the virus that is the closest known relative of the one that causes COVID-19.

The virus could also have been introduced to the market by an infected person. Chinese health officials note that only surfaces at the market tested positive for the virus, not any of the animal products. A Chinese official said Tuesday that it appears there were cases elsewhere in Wuhan around the same time as the market cluster, so the transfer of the virus from animals to humans could have happened elsewhere.

The conclusion of the Chinese and international experts was that it is extremely unlikely the virus leaked from the Wuhan Institute of Virology, a lab with an extensive collection of virus samples. Former U.S. President Donald Trump and officials in his administration were among those who floated that possibility – prompting angry denials from China. And most experts have long been skeptical of it.

In making its determination, the team said that such leaks are extremely rare and there's no evidence the virus existed in that lab or any lab anywhere in the world when the pandemic began. It also reviewed safety protocols at the institute, leading the team to conclude “it was very unlikely that anything could escape from such a place,” WHO team leader Peter Ben Embarek said.

The joint investigation left open the possibility that the virus could have been spread to humans through frozen food products, a bit of a surprise as foreign experts have generally played down the risk.

It's a theory that has been widely promoted by Chinese officials, who have detected the virus on imported frozen food packaging and seized on that to suggest the virus could have come to China from abroad.

WHO team member Marion Koopmans noted that it still wouldn't answer the question of where the virus came from originally. “Its not the cold chain by itself, that cannot be," she said at the airport. "The virus has to come from somewhere.”

The mission has been dogged by questions about how much freedom China would give the researchers to visit the places and talk to the people they wanted to. In the end, they appeared satisfied with the arrangements, at least in their public comments. Team member Thea Koelsen Fischer said she did not get to see raw data and had to rely on an analysis of the data that was presented to her. But she said that would be true in most countries.