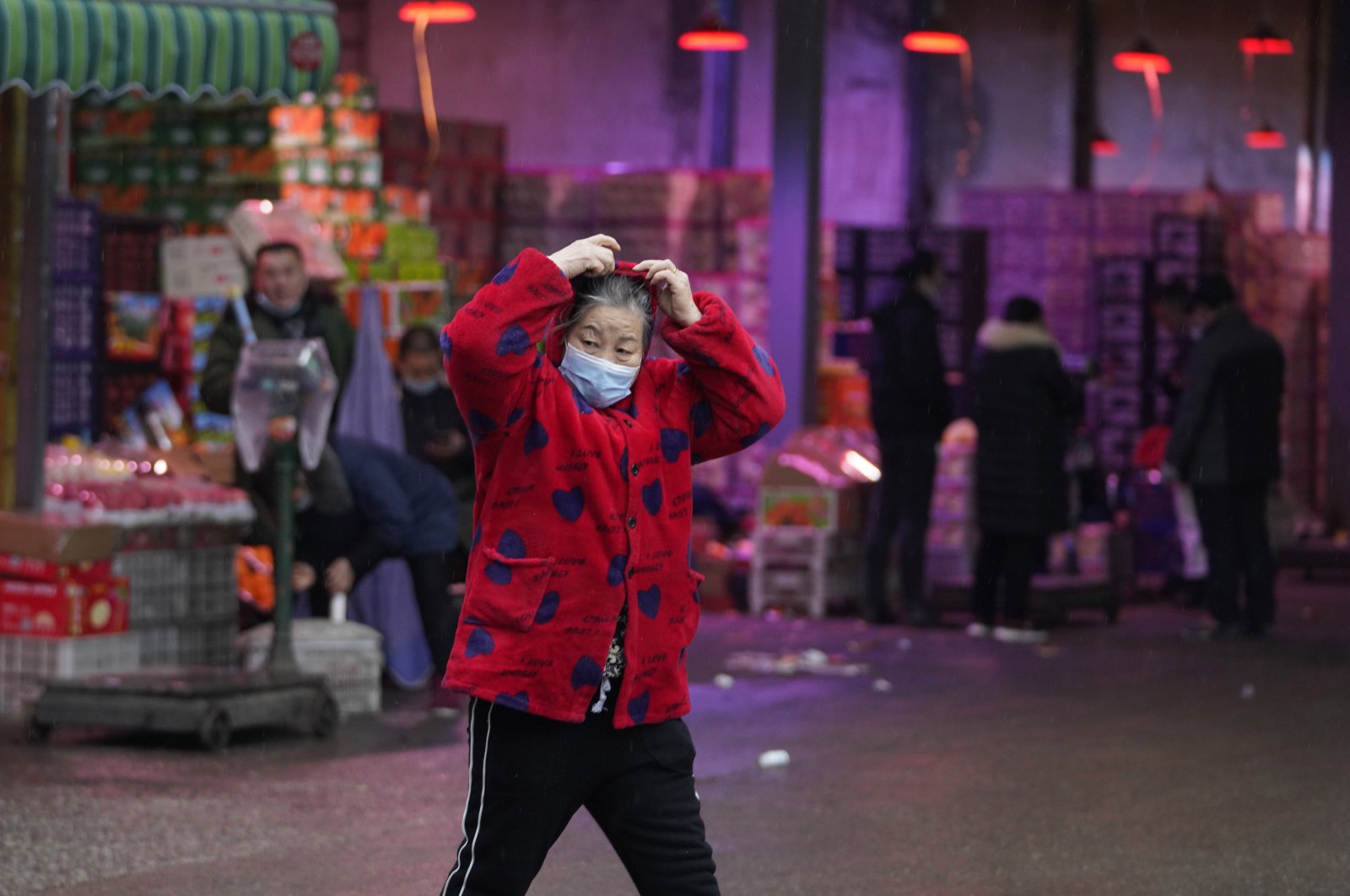 A team of World Health Organization (WHO) experts on Sunday visited the Huanan food market in China's Wuhan on Sunday as part of its fieldwork in a politically sensitive mission to investigate the origins of the coronavirus pandemic.

The WHO experts' visit to Wuhan is being tightly controlled, and the WHO has already downplayed expectations of finding the source of the virus, which is known to have infected more than 102 million people so far with over 2.2 million deaths.

The experts did not take any questions from journalists as they visited the market.

In recent days, Chinese authorities have relentlessly pushed a positive narrative of heroism and decisive, swift action against the virus.

But China has faced criticism at home and abroad for how it handled the initial Wuhan outbreak and its lack of transparency.

With mass vaccination programs still in their infancy and struggling with supply, unpopular restrictions on business, movement and travel remain among the few options available to governments in their fight against the virus.

On Sunday, France closed its borders to all non-EU travelers except those on essential trips and closed big shopping centers, except those selling food; while Portuguese citizens will not be able to travel abroad except in "special cases" for two weeks.

The day before, Germany barred most travelers from countries battling the new virus variants that are believed to be more contagious. The decision impacts people from Britain, Ireland, Portugal, Brazil, South Africa, Lesotho and Eswatini.

Even nations that have largely brought their outbreaks under control are wary of a resurgence. The lockdown in Perth, Australia, was ordered after a security guard at a quarantine hotel tested positive.

"Our model is to deal with it very, very quickly and harshly," said Western Australia premier Mark McGowan.

Canada announced that arriving passengers will have to quarantine in hotels at their own expense, with airlines suspending flights to southern destinations.

And in the United States, the hardest-hit nation in the world, the Centers for Disease Control and Prevention issued a sweeping order requiring people to wear masks on virtually every form of public transportation.

Despite the number of infections and deaths remaining high, the outbreak in the United States appears to be easing, with new cases and hospitalizations down two weeks in a row.

Experts say that is down to better adherence to mask-wearing and social distancing, as well as the end of the holiday season.

But another factor identified by some experts is that – at least in some areas of the country – the virus has already burned through much of the population and is running out of targets.

'If we don't have oxygen, our family dies'

The recently launched vaccination drives in many countries are stumbling because of supply shortages, which have also sparked a bitter diplomatic row between the EU and Britain.

Both are tussling over the AstraZeneca-Oxford shots, with the firm saying there are not enough to go around because of production issues. Germany has threatened legal action against companies that do not deliver the doses they promised.

In less privileged parts of the world that have yet to launch vaccinations at that scale, people are struggling to find resources that could mean life or death for them or their loved ones.

In Peru, where health services are on the edge of collapse and short on resources, some have been forced to sleep on the streets of the capital Lima as they wait to refill oxygen tanks for their loved ones fighting COVID-19 in the hospital.

"We need (oxygen) for our family to live," said 46-year-old Yulitza Torres, a transport worker.

"If we don't have oxygen, our family dies."