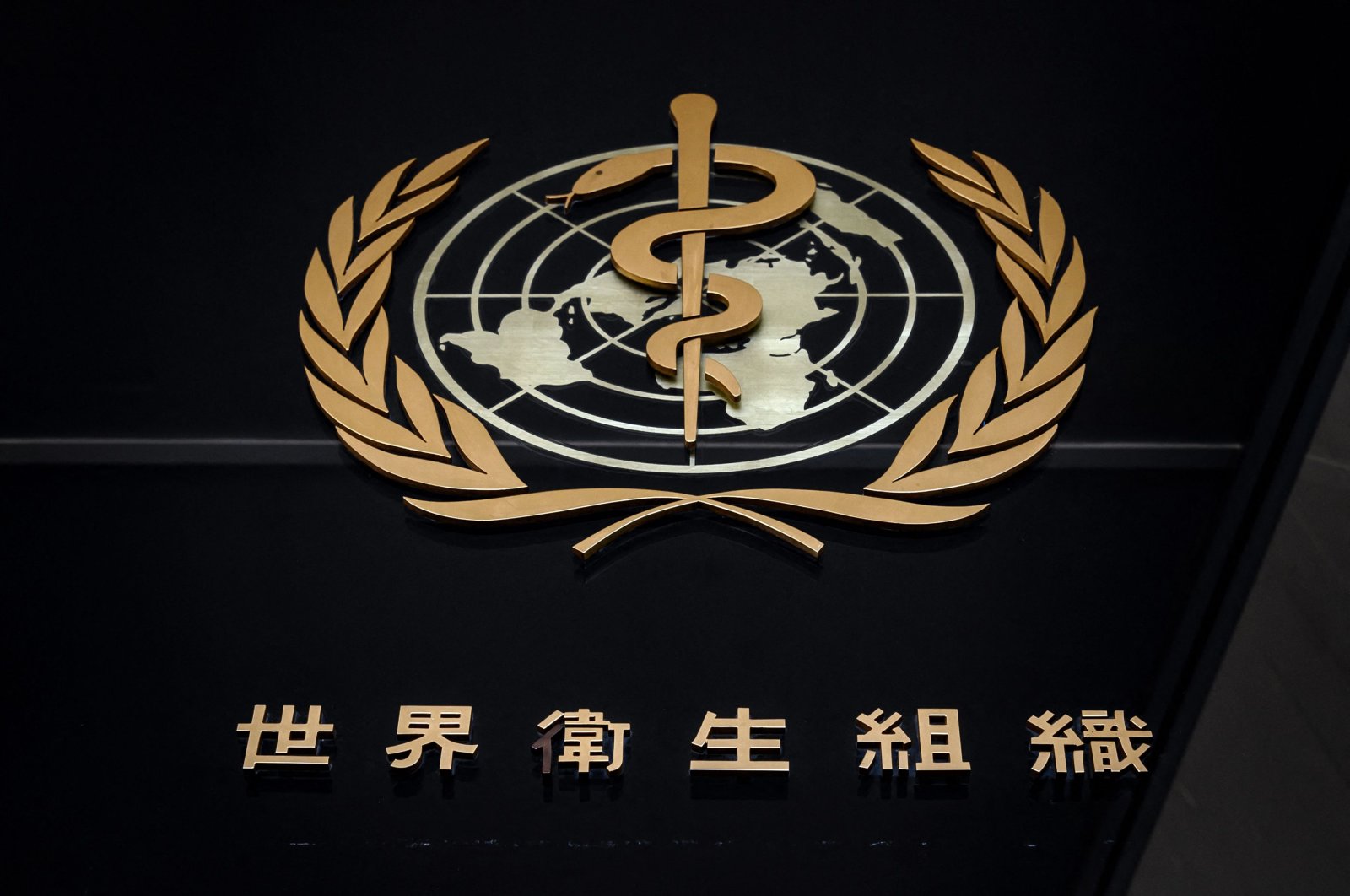 The logo of the World Health Organization (WHO) written in Chinese stands at the entrance of their headquarters in Geneva, Switzerland, Feb. 24, 2020. (AFP Photo)
by DAILY SABAH WITH AGENCIES
Mar 31, 2021 9:53 am

Following the publication of the joint study into the origins of COVID-19 by China and the WHO on Tuesday, Director-General Tedros Adhanom Ghebreyesus said China had withheld data from the international investigators and revived a theory it may have leaked from a Chinese lab

The long-awaited World Health Organization (WHO) investigation was supposed to provide insight into the origins of the COVID-19 pandemic. However, since its publication Tuesday, the report has drawn criticism from states across the world for accusations that it is incomplete and opaque.

The United States, alongside 13 other governments, including the United Kingdom, Australia and South Korea, voiced concern about the limited access of the study to "complete, raw data and samples." The European Union also issued a statement, expressing the same fears, but in softer language.

A report by WHO and Chinese experts released Tuesday had judged the lab-leak hypothesis highly unlikely, saying the virus behind COVID-19 had probably jumped from bats to humans via an intermediary animal. China warmly welcomed the report, seeing it as confirmation of its handling of the investigation following allegations it had tried to delay and then restrict it.

The report also initially appeared to back China's firm rejection of theories that the pandemic may have been triggered by a leak from a virology lab in Wuhan, the central Chinese city where the virus first emerged.

However, WHO chief Teodros Ghebreyesus on Tuesday reopened the lab-leak theory, as he raised concerns about the level of access China provided to the experts during their visit to Wuhan in January.

"In my discussions with the team, they expressed the difficulties they encountered in accessing raw data," Tedros said as he called for "timely and comprehensive data sharing" in future investigations.

Tedros also said that although the experts concluded the laboratory leak was the "least likely" hypothesis, this theory needed to be probed further.

"I do not believe that this assessment was extensive enough," Teodros said of the possibility of a leak, according to Agence France-Presse (AFP). "This requires further investigation, potentially with additional missions involving specialist experts, which I am ready to deploy."

Tedros then emphasized that no theory had yet been ruled out. "Let me say clearly that as far as WHO is concerned all hypotheses remain on the table," he said.

The pandemic has killed nearly 2.8 million people worldwide since it first emerged in Wuhan in late 2019. Throughout the pandemic, China has amplified theories that the virus may have surfaced outside of its borders or been imported on frozen food.

China was heavily criticized by the Donald Trump administration and other Western nations for delaying access to the WHO experts. Joe Biden's administration has continued to raise concerns about China's handling of the probe.

Meanwhile, Beijing insists it was transparent with the scientists. It said it provided open access to wet markets, labs, patients and data from the first torrid weeks of the virus, admonishing critics for "politicizing" a global health crisis.

A top Chinese medical expert said on Wednesday there was no factual basis to accusations that China did not share data with international researchers.

Liang Wannian, who was co-leader of the joint study, told reporters that researchers from both sides had access to the same data throughout the investigation and that the assertions about lack of access were not accurate.

"Of course, according to Chinese law, some data cannot be taken away or photographed, but when we were analyzing it together in Wuhan, everyone could see the database, the materials – it was all done together," he said, according to remarks carried by Reuters. Responding to allegations that the expert panel did not have access to complete datasets and samples, Liang said no scientist has ever had perfect information.

He also rejected complaints that the publication of the report had been repeatedly delayed, noting that "every sentence, every conclusion, every piece of data" needed to be verified by both sides before it could be released.

"Throughout (the study) we always upheld the principle of 'quality comes first,'" said Liang, who is the head of a committee of experts on COVID-19 set up by China's National Health Commission.

"There are lots of diseases that have circulated for a long time and we still haven't found their origins," he said. "It still needs a lot of time."

On the laboratory accident hypothesis, the head of the investigation team, Danish scientist Ben Embarek told reporters on Tuesday that Chinese lab staff had acknowledged they initially feared a leak.

"Even the staff in these labs told us that was their first reaction," Embarek said. "They all went back to their records ... but nobody could find any trace of something similar to this virus in their records or their samples.”

"Nobody has been able to pick up any firm arguments or proof or evidence that any of these labs would have been involved in a lab leak accident." That said, Embarek added: "We haven't done a full investigation or audit of any of the labs."

Other WHO team members took to Twitter to defend the probe. Peter Daszak, who was effusive in praise of his Chinese hosts during the January probe, hit out at the "pure politics" being played with the findings led by elements of the media.

"We just found no real tangible evidence or real leads on that, despite asking a lot of quite hard questions that were asked to the Wuhan Institute of Virology," Daszak told CNN. "They tested all of the staff in the bat coronavirus group for coronaviruses, for SARS-CoV-2, to see if they'd been infected, and they were negative," he said.