Worst drought in decades drives out 700K Afghans from homes 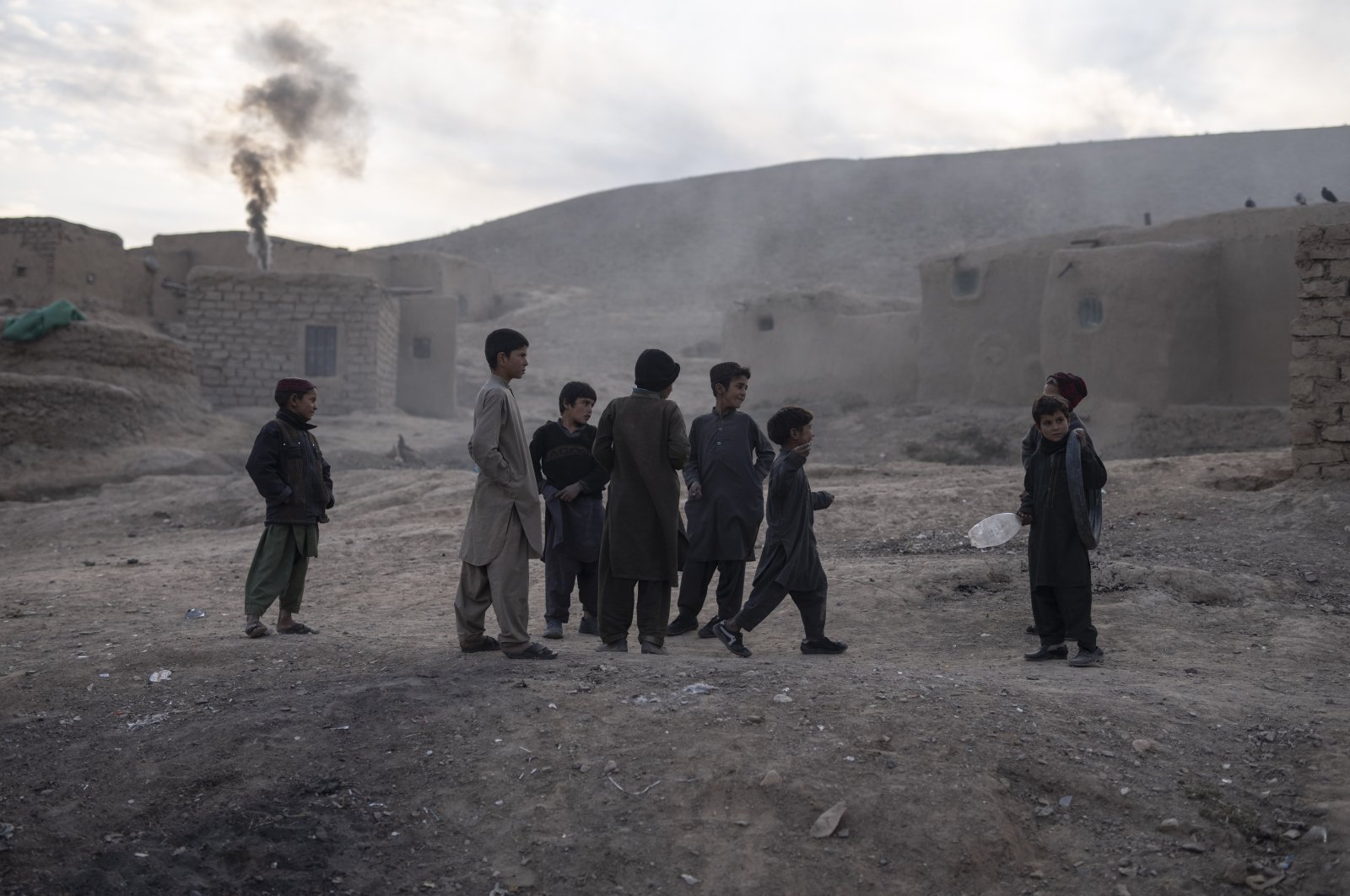 Ajji Wali Jan brought a half-dozen plastic containers to the well in Kamar Kalagh on a recent Friday – one of the handfuls of days each week he and those who live on his side of this Afghan village are allowed to use the water source.

When it was finally his turn, the 66-year-old filled one container, then a second. The stream of water from the spigot got thinner. He started on another container – but the thread of water tapered away and then stopped before the vessel was full.

The well was done for the day.

Afghanistan’s drought, its worst in decades, is now entering its second year, exacerbated by climate change. The dry spell has hit 25 of the country’s 34 provinces, and this year’s wheat harvest is estimated to be down 20% from the year before.

Along with fighting, the drought has contributed to displacing more than 700,000 people from their homes this year, and the onset of winter will only increase the potential of the disaster.

"This cumulative drought impact on already debilitated communities can be yet another tipping point to catastrophe,” the United Nations Food and Agricultural Organization’s (FAO's) Afghanistan office said in a tweet Tuesday. "If left unattended, agriculture might collapse.”

U.N. experts blamed a late 2020 La Nina event, which can change weather patterns across the globe, for causing lower rain and snowfall in early 2021 in Afghanistan, and they predict that it will continue into 2022.

Afghanistan has long seen regular droughts. But in a 2019 report, the FAO warned that climate change could make them more frequent and more intense. The past year’s drought came on the heels of one in 2018 that at the time was the worst seen in Afghanistan in years.

In the middle of the drought, Afghanistan’s economy collapsed in the wake of the August takeover by the Taliban that resulted in a shutoff of international funds to the government and the freezing of billions of the country's assets held abroad.

Jobs and livelihoods have disappeared, leaving families desperate for ways to find food. The FAO said last month that 18.8 million Afghans are unable to feed themselves every day, and by the end of the year, that number will be 23 million, or nearly 60% of the population.

Already hit hard by the drought of 2018, small villages like Kamar Kalagh are shriveling away, unable to squeeze out enough water to survive.

A collection of mud-brick homes in the mountains outside the western city of Herat, Kamar Kalagh is home to about 150 families who used to live off of their livestock, particularly camels and goats, and the salaries of men who worked as porters at the Islam Qala border crossing with Iran.

That work has largely dried up as well, and now the village's main income is from selling sand.

Ajab Gul and his two young sons dig sand from the riverbed and stuff it into bags on a recent day. A full day’s work will earn them the equivalent of about $2.

"The grass used to grow up to here,” Gul said, holding his hand up to his nose. "When a camel walked through it, you’d just see his head. That was 20 years ago."

Now there’s no grass and almost no livestock.

Two years ago, the village’s main well ran dry, so the residents pooled the money to pay for it to be dug deeper. For a while, it worked. But soon it grew weak again. The villagers began a rationing system: Half could draw water one day, the other half the next.

Even rationing is no longer enough. The water from the well is only enough for about 10 families a day, Wali Jan said.

When Wali Jan couldn’t fill his canisters, he sent two of his grandsons to an alternative source. They turned the chore into a game: The older boy, about 9, pushed the wheelbarrow, with his younger brother riding alongside the canisters, laughing.

They went up the hill, down the other side, through another dry riverbed – about 3 kilometers (2 miles) in all. Plodding along in hand-me-down tennis shoes too big for his feet, the older boy tripped, and the wheelbarrow tumbled over. Still, they made it to a pool of stagnant water in the riverbed, its surface covered in green algae. They filled the canisters.

When they got back to the village, their grandfather met them. He unwound his turban and tied one end of the long scarf around a handle on the front of the wheelbarrow to help the boys get it up the last slope to his family’s home.

The elderly and the very young are nearly the only males remaining in the village. Most of the working-age men have left to find jobs, elsewhere in Afghanistan, in Iran, Pakistan or Turkey.

"You don’t find anyone outside during the day anymore,” said Samar Gul, another man in his 60s. "There’s only women and children inside the houses.”