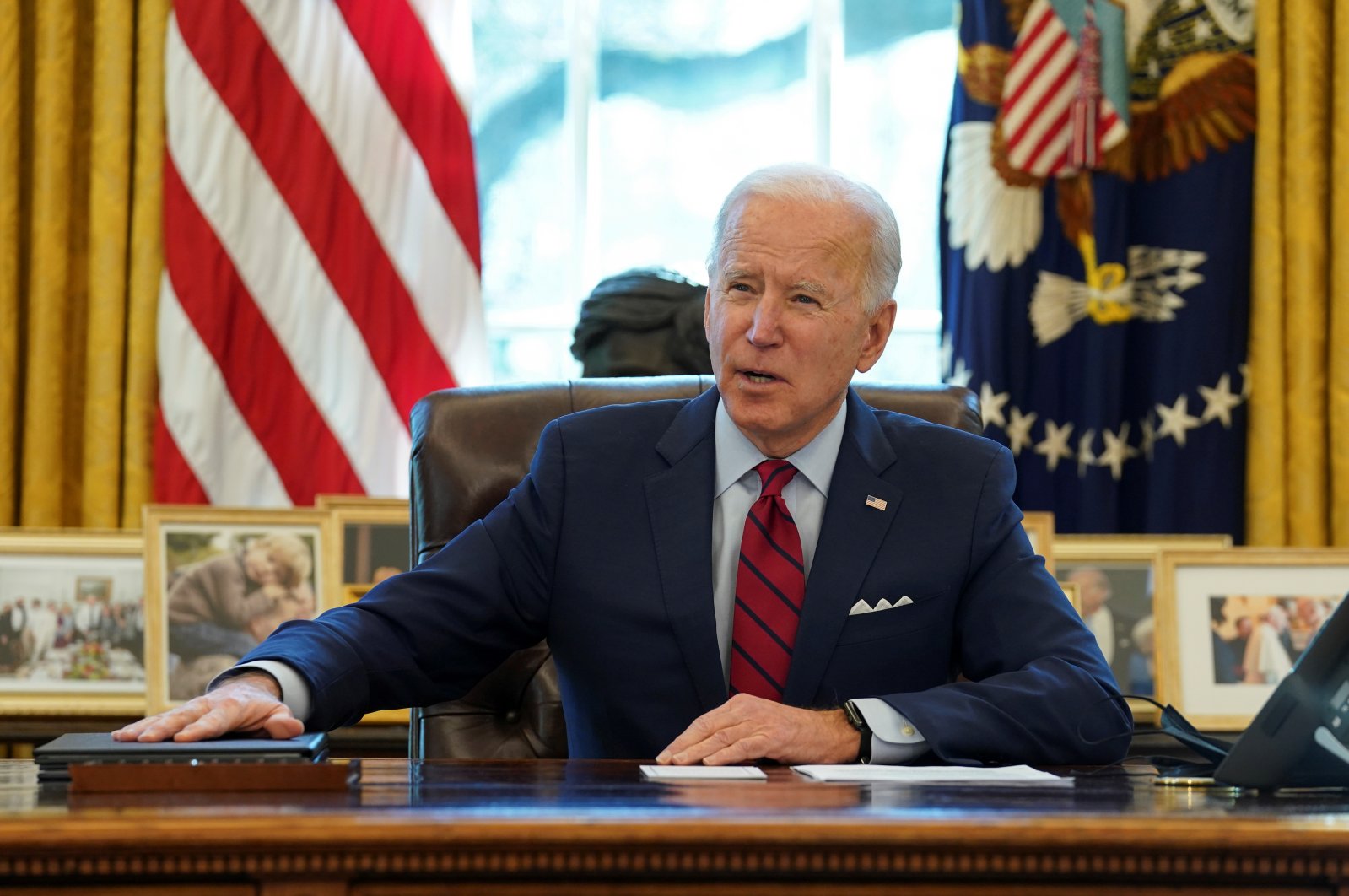 U.S. President Joe Biden on Monday threatened to reimpose sanctions on Myanmar’s military leaders, calling for a concerted international response to press them to relinquish the power they seized after staging a coup.

A Biden statement condemned the military’s takeover from the civilian-led government on Monday and its detention of elected leader and Nobel laureate Aung San Suu Kyi as “a direct assault on the country’s transition to democracy and the rule of law.”

“The international community should come together in one voice to press the Burmese military to immediately relinquish the power they have seized, release the activists and officials they have detained,” Biden said.

“The United States removed sanctions on Burma over the past decade based on progress toward democracy. The reversal of that progress will necessitate an immediate review of our sanction laws and authorities, followed by appropriate action,” he said.

Biden also called on the military in Myanmar, which is also known as Burma, to lift all restrictions on telecommunications and to refrain from violence against civilians.

He said the United States was “taking note of those who stand with the people of Burma in this difficult hour.”

“We will work with our partners throughout the region and the world to support the restoration of democracy and the rule of law, as well as to hold accountable those responsible for overturning Burma’s democratic transition,” he said.

Suu Kyi’s National League for Democracy party won a landslide 83% in a Nov. 8 election. The army said in taking over in the early hours of Monday that it had responded to what it called election fraud.

White House spokesperson Jen Psaki told a regular news briefing the United States had already had “intensive” conversations with allies about Myanmar. Asked what other actions might be considered in addition to sanctions, she said: “I don’t have any additional steps for you to predict at this point in time.”

Asked whether Biden’s assertion that the United States was “taking note” of how other countries respond to the crisis was a message to China, Psaki told reporters: “It’s a message to all countries in the region.”

The top Democrat on the Senate Foreign Relations Committee, Robert Menendez, earlier said the United States and other countries “should impose strict economic sanctions, as well as other measures” against Myanmar’s army and the military leadership if they did not free the elected leaders and remove themselves from government.

“The launch of another coup is a tragedy for the people of Burma after a decade of work to establish a civilian-led democratic government,” Menendez said in a statement.

Menendez charged that the Myanmar army was guilty of “genocide” against minority Rohingya Muslims – a determination yet to be stated by the U.S. government – and of a sustained campaign of violence against other minorities.

U.S. Senate Republican leader Mitch McConnell, who like members of the Biden administration has had close past ties with Suu Kyi, called the arrests “horrifying” and demanded a strong response.

“The Biden Administration must take a strong stand and our partners and all democracies around the world should follow suit in condemning this authoritarian assault on democracy,” he said.

“We need to support the people of Burma in their journey toward democracy and impose costs on those who stand in their way,” McConnell added.

The events in Myanmar are a significant blow for the Biden administration and its effort to forge a robust Asia Pacific policy to stand up to China.

Many of Biden’s Asia policy team, including its head, Kurt Campbell, are veterans of the Obama administration, which at the end of former President Barack Obama’s term hailed its work to end decades of military rule in Myanmar as a major foreign policy achievement. Biden served as vice president in that administration.