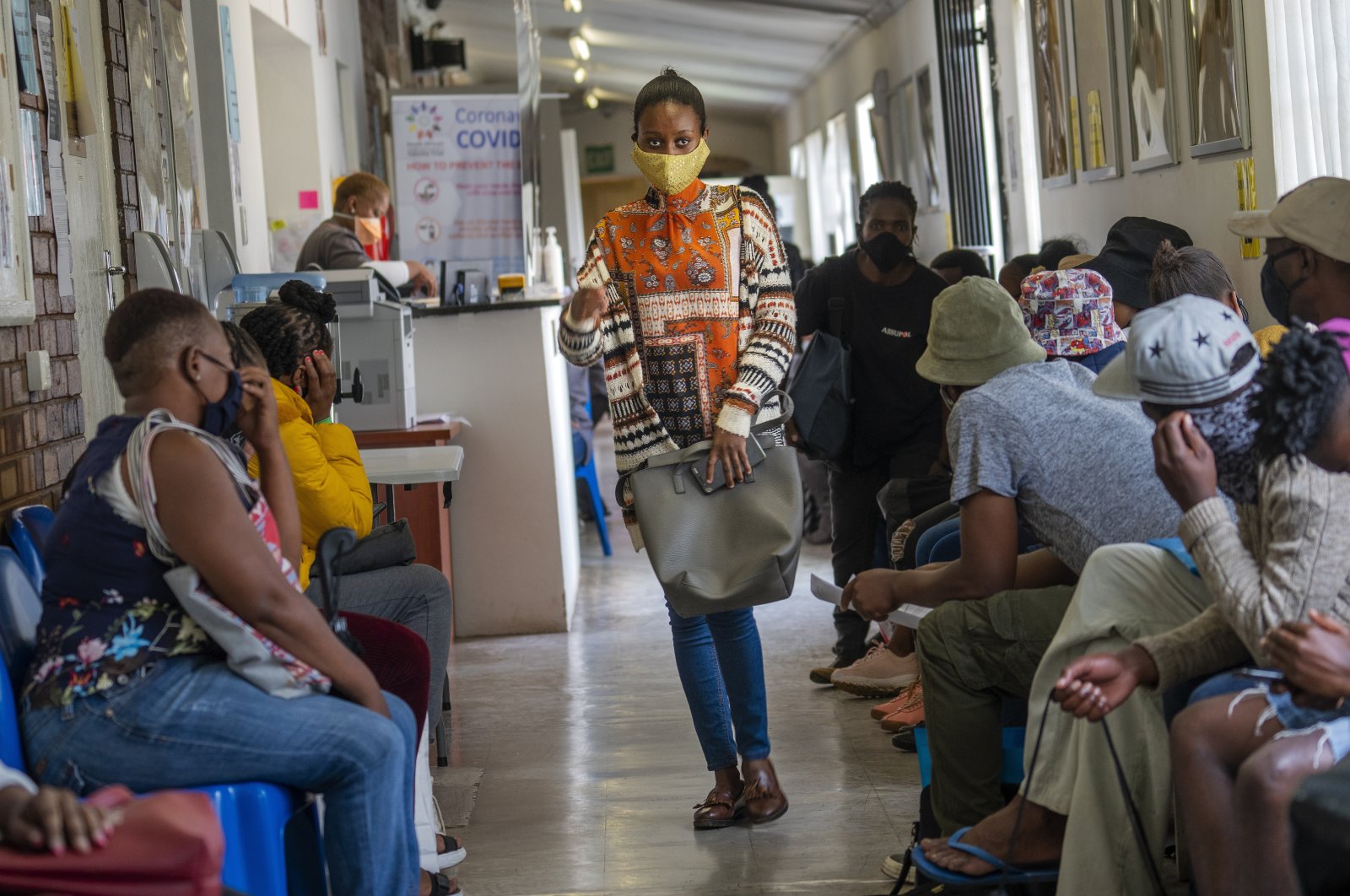 Volunteers wait to be checked at a vaccine trial facility for AstraZeneca at Soweto's Chris Sani Baragwanath Hospital outside Johannesburg, South Africa, Nov. 30, 2020. (AP Photo)
by Daily Sabah with AP Dec 15, 2020 11:36 am

While nations in the West are rolling up their sleeves to receive coronavirus vaccines, poor countries are beginning to question whether global organizations can fairly distribute shots, forcing them to seek alternatives

With COVID-19 vaccine supplies currently limited, developed countries are rushing to buy shots to protect their own populations, while poorer nations that have joined a global initiative that was expected to ensure a fair distribution of inoculations are looking for alternatives amid fears that it will fail.

As Americans, Britons and Canadians waiting to receive coronavirus vaccines, the route out of the pandemic now seems clear to many in the West, even if the rollout takes many months. For poorer countries, however, the road will be far longer and rougher.

The ambitious initiative known as COVAX created to ensure the entire world has access to COVID-19 vaccines has secured only a fraction of the 2 billion doses it hopes to buy over the next year, has yet to confirm any actual deals to ship out vaccines and is short on cash. The virus that has killed more than 1.6 million people and infected over 72.8 million across the world has exposed vast inequities between countries, as fragile health systems and smaller economies were often hit harder. COVAX was set up by the World Health Organization (WHO), vaccines alliance GAVI and CEPI, a global coalition to fight epidemics, to avoid the international stampede for vaccines that has accompanied past outbreaks and would reinforce those imbalances.

Of the approximately 12 billion doses the pharmaceutical industry is expected to produce next year, about 9 billion shots have already been reserved by rich countries with COVAX failing to secure enough doses for the poorer states. To date, COVAX's only confirmed, legally binding agreement is for up to 200 million doses, though that includes an option to order several times that number, GAVI spokesperson James Fulker said, according to remarks carried by The Associated Press (AP).

The United Kingdom has already begun giving the Pfizer vaccine, and the United States and Canada are rolling it out this week. Some Gulf countries have also authorized it. Germany on Tuesday has increased its pressure on the European Union’s regulatory agency and demanded that a vaccine be approved before Christmas. Still, GAVI said, they "aim to start rolling out safe and effective vaccines to COVAX (member countries) at scale within the first and second quarters of the New Year.”

Even with vaccines in hand, the rollouts will take many months, even in rich countries, and many developing nations are facing serious logistical challenges that will add to delays. Even senior officials at the WHO have acknowledged privately that attempts to fairly allocate vaccines through the initiative are flawed, despite publicly lauding its success.

"The whole call for global solidarity has mostly been lost,” said Dr. Katherine O’Brien, WHO’s vaccines chief, during a recent internal discussion, a recording of which was obtained by the AP, while John Nkengasong, director of the Africa Centers for Disease Control and Prevention, criticized Western countries for buying up the global vaccine supply "in excess of their needs while we in Africa are still struggling with the COVAX (effort).”

With no certainty about which shots would work, governments scrambled in recent months to sign multiple deals to ensure their citizens would have at least some COVID-19 injections. Canada, for example, bought nearly 200 million vaccines, enough to cover its population of 38 million about five times over. Nkengasong called the idea that people in rich countries would get immunized while Africans go without "a moral issue.”

The African continent of 1.3 billion people has recorded more than 2.4 million COVID-19 cases so far. It has conducted millions of coronavirus tests since the pandemic began, but shortages mean the true number of infections is unknown.

Amid fears COVAX can't deliver, some developing countries are pulling out entirely or seeking their own private deals. Low- and middle-income countries, including Malaysia, Peru and Bangladesh, have stayed in the initiative but recently inked their own deals with drugmakers as a Plan B. South Africa and India have asked the WTO to waive some provisions regulating intellectual property rights to make it easier for manufacturers in poor countries to make COVID-19 drugs and vaccines.

Many rich states, however, are reluctant to do that. As more countries in the West authorize the vaccine, "the difference between people in rich countries getting vaccinated and the lack of any vaccines for the developing world will become quite stark,” said Anna Marriott, health policy manager at Oxfam. "And it will only prolong the pandemic.”