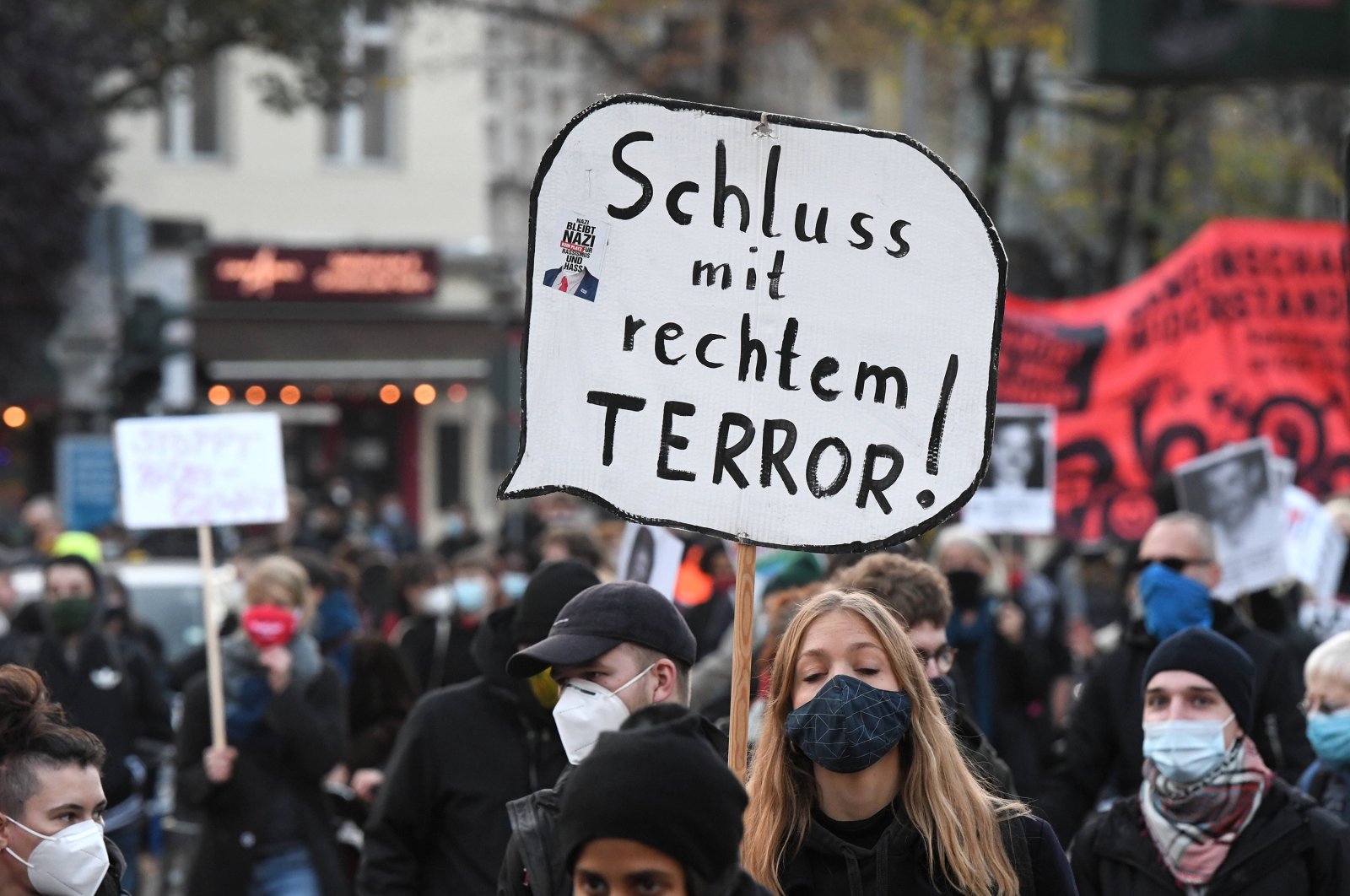 According to a study commissioned by the Friedrich Ebert Foundation and published Tuesday, about 70% of Germans see right-wing extremism as a major threat.

The annual study asked 1,750 people about their political attitudes and perceptions.

It shows that right-wing extremism and climate change are perceived as the greatest threats by Germans at the moment, with climate change garnering slightly less concern than extremism.

The topic of migration, which still played a role after Germany accepted a large number of migrants after 2015, is only seen as a threat by 25% of people.

According to Beate Kuepper from the Niederrhein University, who contributed to the study, the center of society has been "scared and awakened" by a recent increase in right-wing terrorist attacks.

The extreme-right sentiment was especially present in regions "where the AfD (Alternative for Germany) was successful in the 2017 parliamentary election" and where few foreigners live, the study found.

"The political mobilization is, however, statistically more significant than the low proportion of foreigners," the researchers wrote.

People who voted for the right-wing AfD also felt more politically powerless than voters of other parties. Overall, 28% of people believed they did not have any influence on what the government decides.

In June 2019, a right-wing extremist shot Walter Luebcke, head of government of the city of Kassel, who had been in favor of welcoming refugees.

In October of the same year, an armed attacker tried to enter a Synagogue in the city of Halle. When he did not succeed, he shot a passerby and a man inside a kebab shop.

In February 2020, a man killed nine people in Hanau, all of them with a migrant background or history, before killing his mother and himself.