Agriculture, nature reserves at risk as wildfires spread in Italy 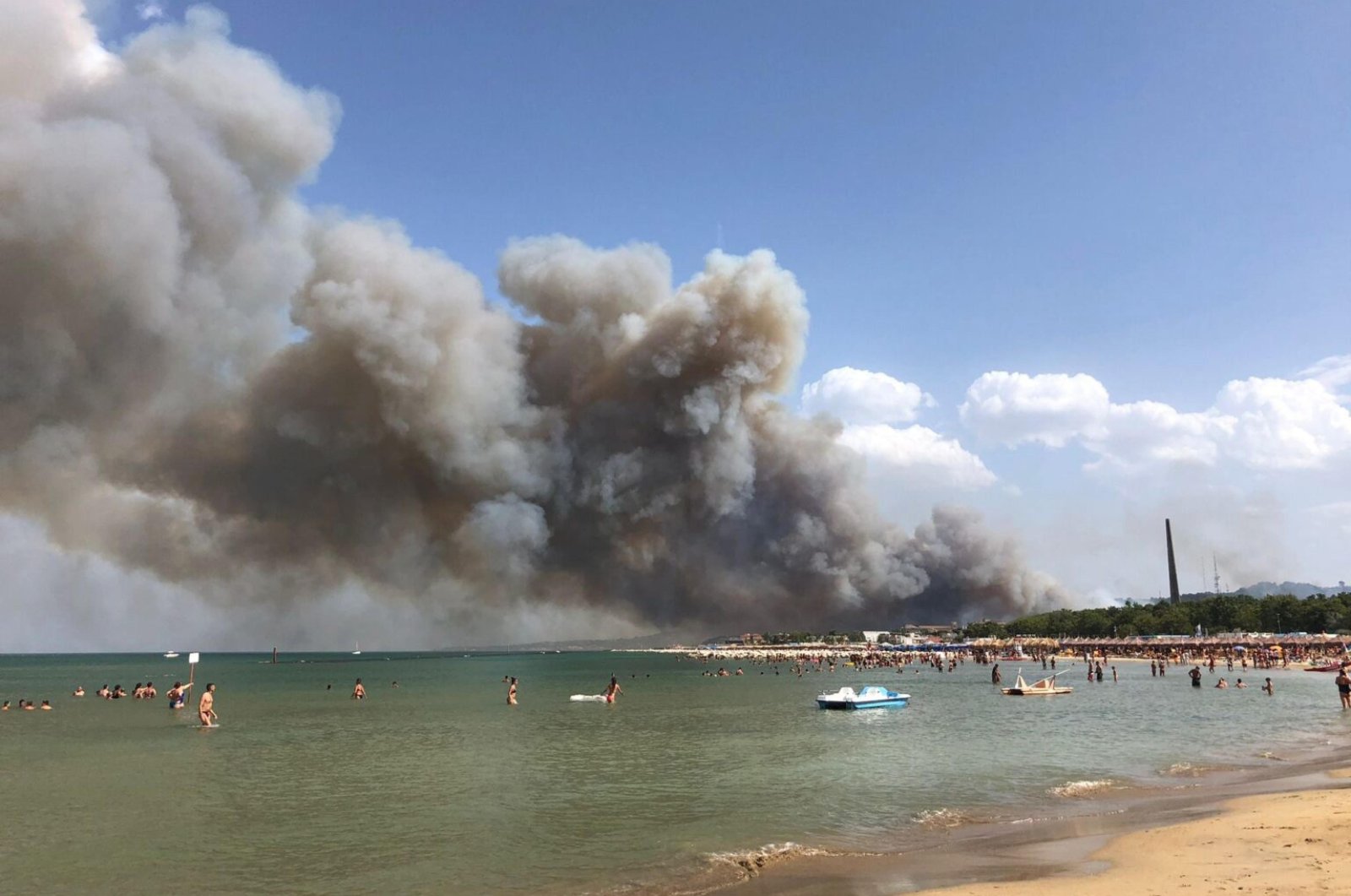 Agriculture and nature reserves are at increasing risk as wildfires ravage southern Italy.

The Coldiretti agricultural association on Sunday warned about the damage to agriculture caused by the ongoing drought, especially in the southern part of the Mediterranean country.

Wheat yields could fall by 10%, while experts expect fruit varieties such as cherries, peaches and nectarines to drop by up to 50% in some cases, compared to an ordinary year.

Coldiretti suspects the effects of climate change are behind the weather events.

Nature reserves, such as the Aspromonte National Park in Calabria, southern Italy, and the Parco delle Madonie, east of the Sicilian capital, Palermo, are affected. The damage is incalculable.

"Once again, protected natural areas are in the grip of devastating fires," said Giampiero Sammuri, president of the Federparchi Federation of Parks and Nature Reserves.

Federparchi called for a plan that would improve the monitoring and fire protection system in a statement on Saturday.

Near the small town of San Lorenzo, at the edge of the Aspromonte National Park, a man and a woman died in connection with the forest fires when blazes reached their farm, the fire brigade said on Friday.

Thousands of hectares of forest, pastures, livestock and olive groves have already burnt down. The lack of rain and the drought also favored the spread of the flames and the actions of arsonists.

Wildfires have been spreading throughout the Mediterranean, destroying wide areas in Greece and Turkey.