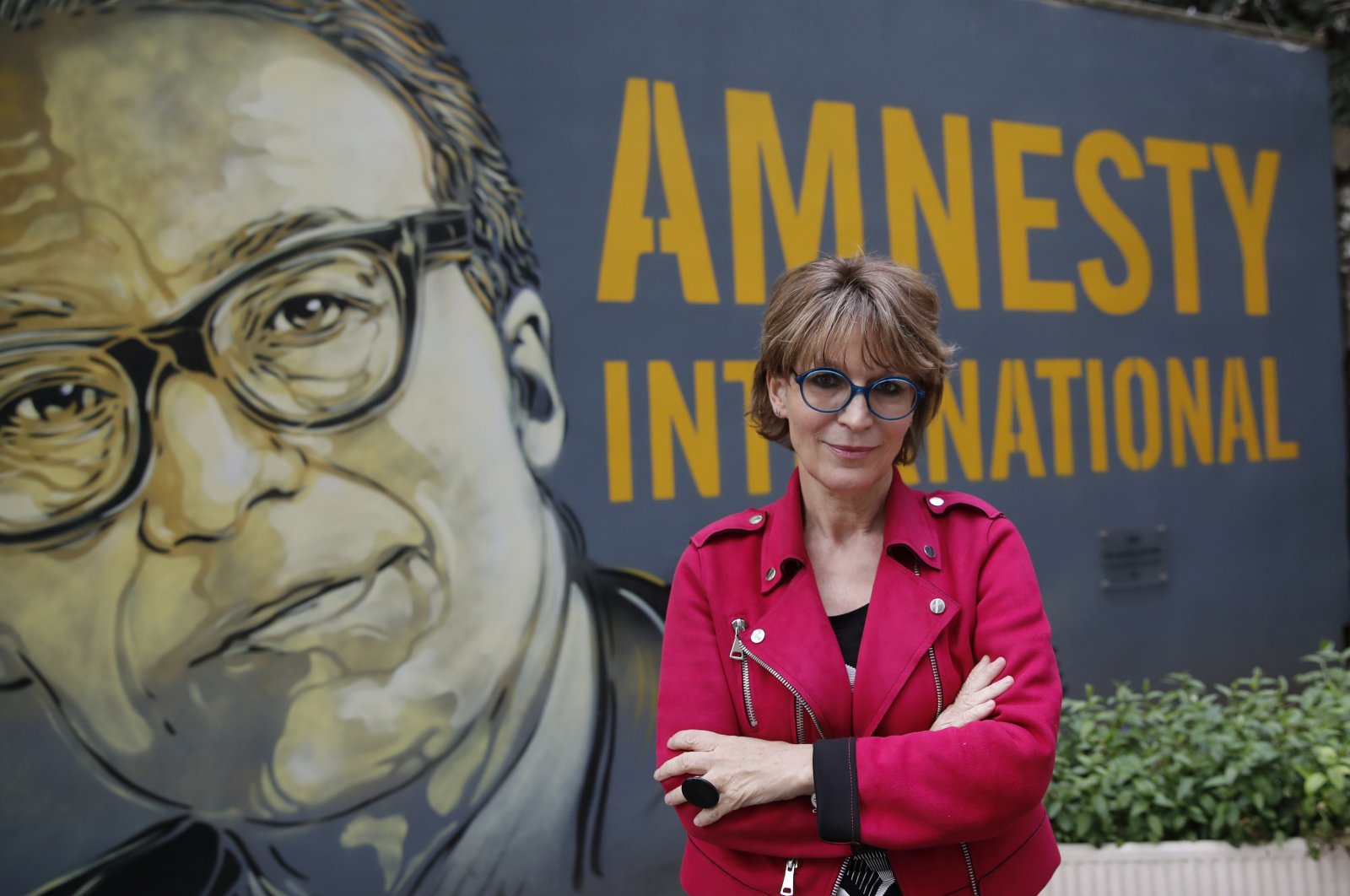 Agnes Callamard, the new secretary general of U.K.-based human rights organization Amnesty International, is turning a critical eye on her own country, France. Callamard denounced French arms deals with authoritarian states accused of crimes against humanity and expressed her concerns over the new anti-Muslim bill.

Callamard, 58, comes to the London-based rights group after almost half a decade as the U.N.'s special rapporteur on extrajudicial executions which saw her gain a reputation as a straight-talking figure unafraid to cross swords with the powerful on the most sensitive of issues.

As the main U.N. investigator into the murder of dissident Jamal Khashoggi in the Saudi consulate in Istanbul in 2018, she complained that the legal process in Saudi Arabia had protected top officials right up to Crown Prince Mohammed bin Salman (MBS). She described the killing of Iranian Gen. Qassem Soleimani in a U.S. strike in Iraq in 2020 as illegal, earning a rebuke from then U.S. Secretary of State Mike Pompeo.

Callamard irked Philippine President Rodrigo Duterte so much over his merciless crackdown on drugs crime he launched repeated expletive-laden tirades against her. She also accused Saudi Arabia of "bully-boy tactics" after a senior Saudi official at the U.N. in Geneva reportedly threatened twice to have Callamard "taken care of." "I certainly have no intention of keeping quiet," she told Agence France-Presse (AFP) in an interview at Amnesty's French headquarters. "We will do even more to get in the way of repression." Asked by the AFP photographer to adopt a neutral gaze, she replied: "I cannot. I can be angry, upset or animated. But neutral is not possible."

On Khashoggi, Callamard's report, published in June 2019, concluded there was "credible evidence" that top Saudi officials, including MBS, were liable for the killing. She insisted that she will "never" back down in the face of threats.

Amnesty was deeply embarrassed by a painful U-turn over Alexei Navalny, the jailed opponent of Russian President Vladimir Putin, who it initially described as a "prisoner of conscience" and then dropped the term due to his past nationalist comments.

Callamard has wasted no time tackling the case, writing to Putin to warn him there is a "real prospect that Russia is subjecting him (Navalny) to a slow death" in prison. She told AFP that Amnesty's message on Navalny was now clear: "Immediate release and an end to conditions of imprisonment which amount to torture. There is no ambiguity."

But Callamard also does not mince her words about her home country, which has long irritated activists with arms sales to autocratic regimes. She doubts its rights credentials under Foreign Minister Jean-Yves Le Drian, a former minister of defense.

"France has taken measures on the sale of arms which are again difficult to understand – we sell arms to states which are recognized as responsible for war crimes and crimes against humanity," she told AFP. "French diplomacy is not what it was on many rights issues, whether we are talking about Saudi Arabia or China," she said.

Her values were handed down through her family by her mother, a teacher, and the memory of her grandfather a member of the French resistance shot by the Nazis in August 1944. As a child she would pay her respects to him every year at the place he was shot on the anniversary of his death.

"It is the whole set of values of solidarity, respect, values against racism, values for equality that are being attacked by these measures."