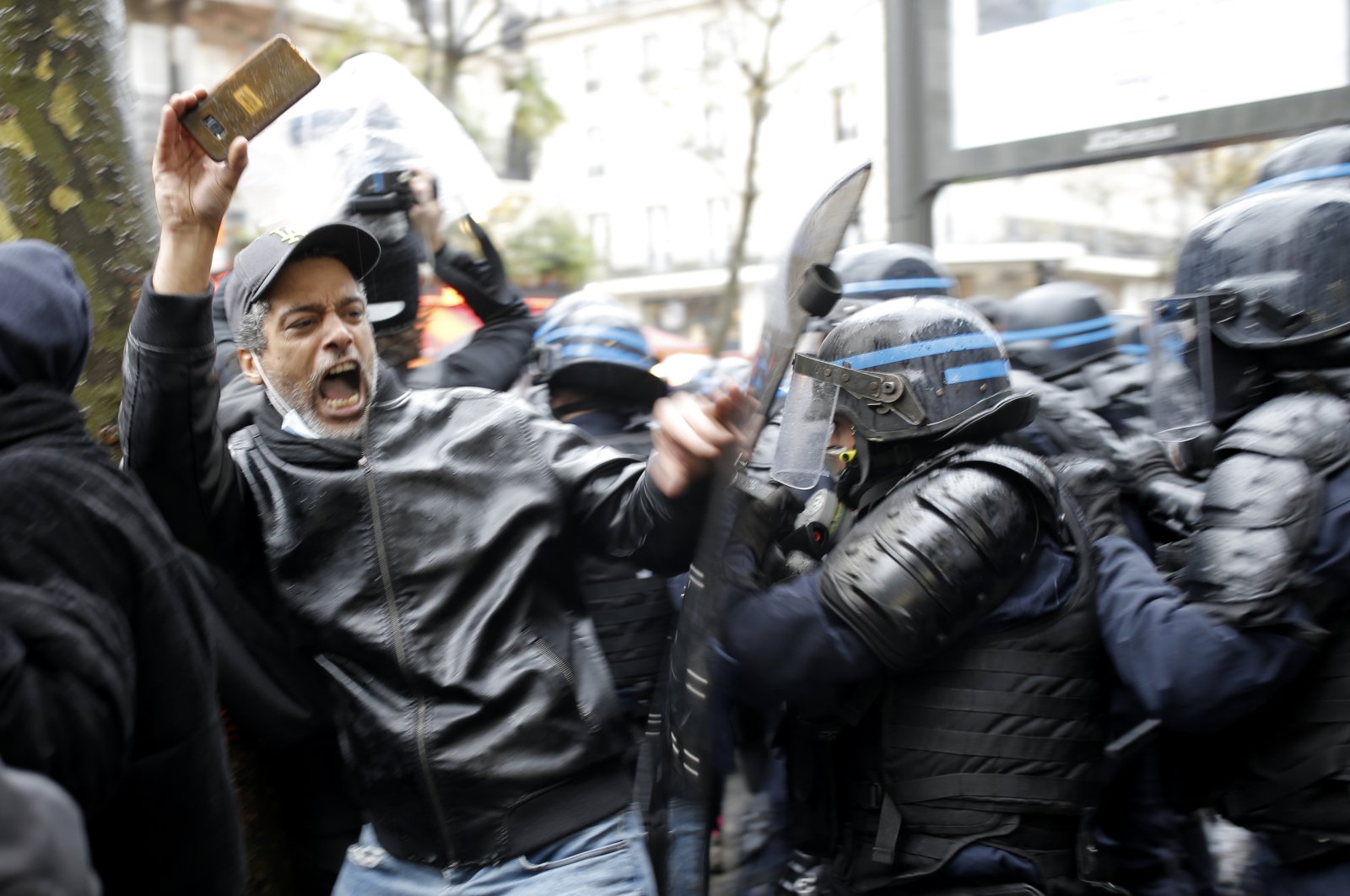 More than 140 people fell victim to France's arbitrary detention policy during a recent protest, Amnesty International asserts, saying that nearly 80% of detainees faced no charges in the end and accusing French authorities of violating human rights

Prominent human rights organization Amnesty International France (AIF) said Monday that a slate of detentions carried out on Dec. 12 during a Paris protest by tens of thousands of people against France's controversial security bill was "arbitrary."

Out of 142 people who were arrested, including 124 who were taken into custody, "nearly 80% faced no charges in the end," a study by the French branch of the rights watchdog concluded. A similar proportion of detainees to charges laid was seen in the "yellow vest" movement that peaked in late 2018 and early 2019, according to Paris prosecutor Remy Heitz.

AIF, which joined an umbrella group opposed to the security bill, said it had "legitimate concerns over the possibility that there were arbitrary arrests and other violations of human rights."

The protests came as France was reeling from two high-profile incidents of police brutality that took place last year. In one incident, police officers used force to evacuate a migrant camp, and in another one, a video emerged that appeared to show officers beating a black music producer.

At the same time, French President Emmanuel Macron's government was pushing the legislation, which has since been scrapped, that would have restricted publication with so-called malicious intent of photos of on-duty police officers. The bill drew criticism from human rights groups and activists who asserted that civil liberties and freedom of the press could ultimately be compromised.

Thousands of protesters marched through Paris streets with slogans on placards saying, “I will never stop filming” and “Camera equals mutilation?”

The attacks have inflamed racial tension, with allegations of repeated police brutality against black and minority communities at the forefront of many people's minds after the death of black American George Floyd in the U.S. city of Minneapolis in May sparked global protests. The outrage generated by Floyd's death has resonated in France, in particular in deprived city suburbs where police often clash with youth from ethnic minority backgrounds. The protests in Paris in June were directed at the unsolved cases of people dying at the hands of police, such as Adama Traore, who died in police detention near Paris in 2016.

In late November, the French government dropped the controversial bill, with Macron's ruling party La Republique En Marche (LREM) saying the law would be "completely rewritten and a new version will be submitted."

AIF's Anne-Sophie Simpere, the report's author, told Agence France-Presse (AFP) the Dec. 12 protest march in central Paris did not see "notable violence," adding: "Nothing seems to justify what happened in terms of arrests or charges."

The report focused on police questioning, medical certificates and judicial documents in 35 cases of people who were held but not charged. Two were held for nearly five hours, while the other 33 were held overnight. A heavy police contingent preceded the marchers and flanked them on both sides, preventing any of them from leaving the protest, AFP journalists reported at the time.

On the basis of witness testimony and video footage, Amnesty said arrests were not preceded by "audible warnings" and at moments when no "significant disorder" was noted in the march.

Alexis Baudelin, a lawyer who was taken into custody, told AFP: "I was surprised by the strategy ... At each intersection, the security forces charged on non-violent demonstrators without reason or warning."

The offensive tactic was aimed at preventing the formation of "Black Bloc" anarchist groups after two consecutive weekends of violent demos in Paris, the police said later.

Amnesty also pointed to "detentions based on vague laws," notably one against "taking part in a group with the aim of planning violence," cited in 25 of the cases studied. In only two of the cases studied had the detainees been carrying objects that could justify suspicions of violent intent.

"It's a catch-all offense," Simpere said. "You punish an act before it is committed."

Such lack of precision can "unduly infringe on human rights," the report said.

Lara Bellini, whose 16-year-old son was held for 20 hours before being released without charge, told AFP: "They (the police) told me he belonged to a malicious band. It was incomprehensible ... My son is an activist, but he is in no way a violent person."

In five of the cases, police used a March 2019 law to slap a ban on appearing in Paris for up to six months. The ban amounts to "punishment without trial" without even the possibility of appeal, Amnesty said, calling on Parliament to scrap the legislation.

Earlier in January, several nongovernmental organizations (NGOs) threatened France to file a lawsuit complaint over racial profiling by police during ID based on color or supposed ethnic origins in the country.

Human Rights Watch (HRW) and four other groups gave the government four months to act to end the "discriminatory identity checks" or face legal action. The move comes as allegations mount of police racism, poisoning relations between the force and residents of high-rise housing estates with large immigrant populations.

In December, Macron admitted to a problem of discrimination against people of African or Arab descent.

"When you have a skin color that is not white, you are stopped much more (by police). You are identified as a problem factor. And that cannot be justified," he told the Brut video news portal. He was speaking after a video showing white officers beating up an unarmed black music producer in his Paris studio went viral in November.

The groups demanded a change in the criminal code to "explicitly ban discrimination during identity checks." Their other demands included setting up an independent mechanism for hearing allegations of racial profiling and giving people subjected to an ID check a written record of the operation. Failure by the state to act could lead to the first-ever class-action lawsuit against the state, lawyer Antoine Lyon-Caen said.