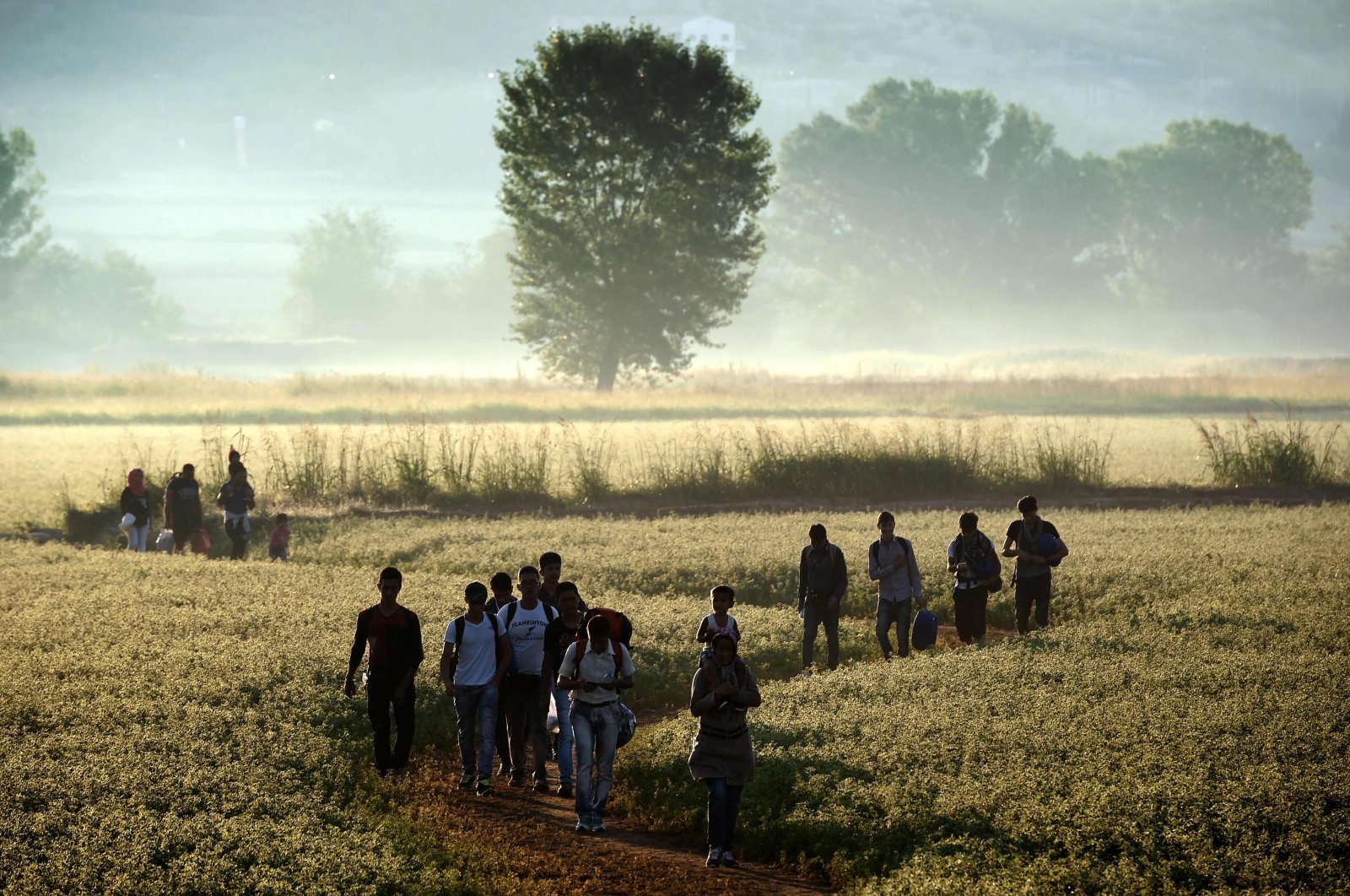 Migrants walking through a field to cross the border from Greece to Macedonia near the Greek village of Idomeni, Aug. 29, 2015. (AFP Photo)
by Agencies Feb 18, 2021 3:28 pm
RECOMMENDED

Applications for asylum in the European Union dropped by more than 30% in 2020 compared to the previous year, reaching their lowest level since 2013, according to the bloc's asylum agency.

The European Asylum Support Office (EASO) said Thursday that a decrease of 31% in the 27 member states plus Norway and Switzerland is mainly the result of emergency travel restrictions put in place during the coronavirus pandemic.

The agency noted that despite the virus crisis, national asylum authorities "showed resilience in sustaining many activities, resulting in a decrease in backlogs of pending applications."

According to figures provided by the office, 461,300 applications were lodged in 2020, compared to 671,200 in 2019. That was "down to the lowest levels since 2013, largely as a result of emergency travel restrictions" imposed by governments to slow the spread of the coronavirus across borders, it said. The agency said that about 4% of all applications were lodged by people claiming to be unaccompanied minors.

The EU has severely restricted arrivals from outside the bloc, and several member states have also ordered filtering measures along borders with fellow EU countries, cutting off or reducing several refugee immigration channels.

As in 2019, Syrians lodged the most applications (14%), followed by Afghans, Venezuelans, Colombians and Iraqis.

"Together, the five top nationalities lodged over two-fifths of all asylum applications," the European asylum office said, according to remarks carried by The Associated Press (AP).

Almost all nationalities lodged fewer applications. Only those from Comoros, Belarus, Cuba and Brazil showed increases over 2019.

Despite the pandemic, national authorities processing new asylum requests have done so at roughly "the same level" as in 2019, allowing them to partly clear around 17% of a backlog – though 412,600 cases were still pending.

Overall, EU member states recognized 32% of requests as genuine refugee cases, a proportion that has remained stable over previous years.

Syrians, Eritreans and Yemenis overwhelmingly had their asylum requests approved, while only a tiny proportion – 3% or less – of those lodged by Colombians and Venezuelans succeeded, as reported by Agence France-Presse (AFP).