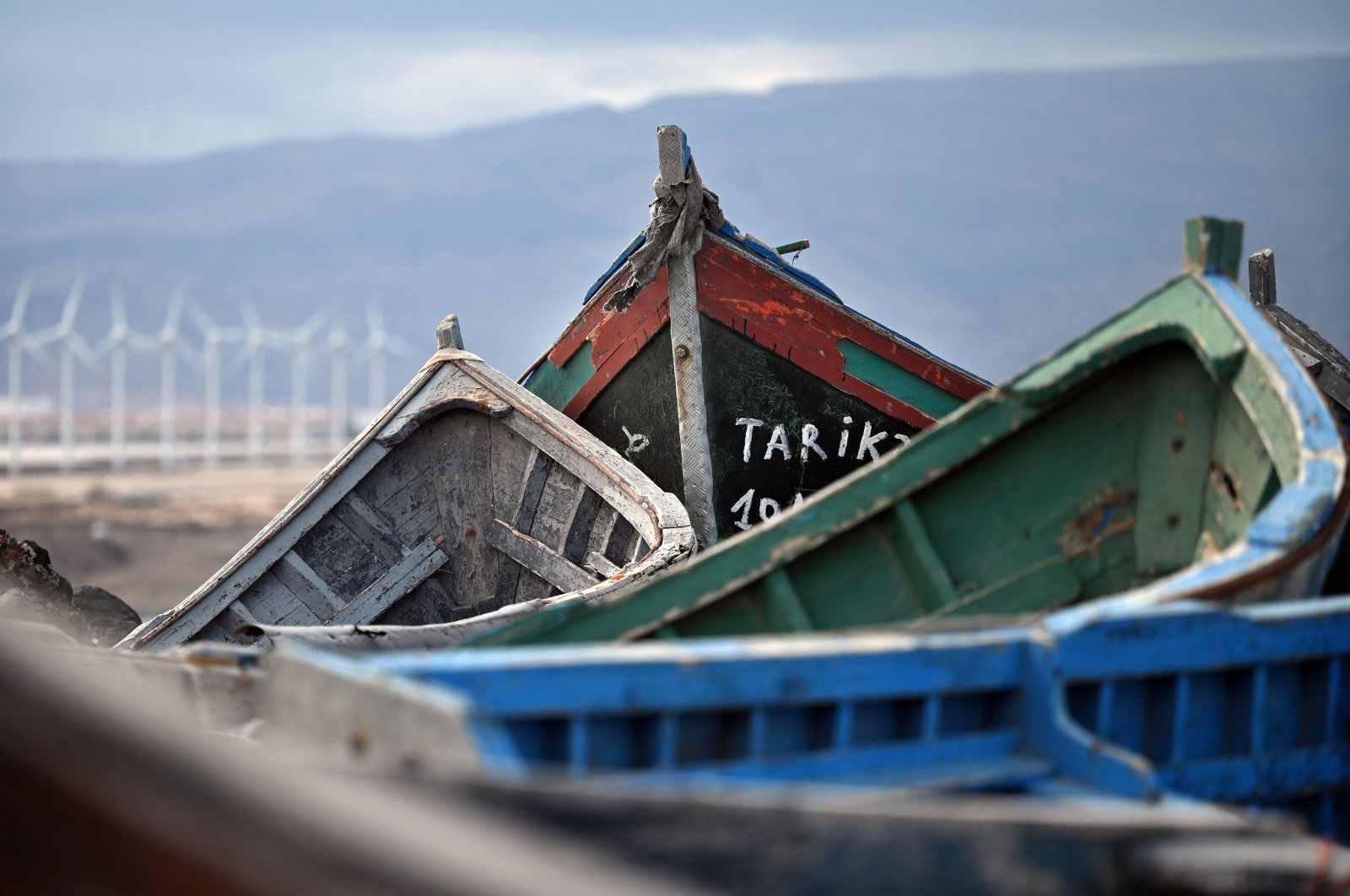 In the past two years, the number of dead and missing on the Atlantic route has increased nearly fivefold from 202 in 2019 to 937 so far this year, according to the International Organization for Migration's Missing Migrants Project (MMP).

For worried relatives, trying to find information about people lost on the notoriously dangerous route to the Spanish Atlantic archipelago can be a nightmare.

Hamido, who is one of the worried relatives, had heard nothing from his wife and child in 10 days since they set sail from Western Sahara for the Canary Islands, but then a boat was found with many dead onboard.

Frantic and distraught, Hamido – an Ivorian national working in France – tried to contact the Spanish police and the authorities in Gran Canaria for news of his family.

But no one could help him, so he flew to the island where he learned via the media that his wife had died on the boat, and his 6-year-old daughter, who had watched her die, was severely traumatized.

"This man contacted us, he was absolutely desperate because no one would give him any information," said Helena Maleno of Caminando Fronteras, a Spanish nongovernmental organization (NGOs) that helps migrant boats in distress and families searching for loved ones.

In fact, 2021 has been a particularly deadly year for migrants trying to reach Spain, via either the Atlantic or the Mediterranean.

"The data show that 2021 seems to be the deadliest year on record since 1997, surpassing 2020 and 2006 as the two years with the highest recorded deaths," said MMP's Marta Sanchez Dionis.

According to figures compiled by the Spanish human rights organization, APDHA, 10,236 people died between 1997 and 2021.

But both organizations concede that the real number "could be much higher."

Caminando Fronteras, which tracks data from boats in distress, including the number of people on board, calculates that 2,087 people died or went missing in the Atlantic in the first half of 2021, compared with 2,170 for the whole of 2020.

It was in late 2019 that the number of migrant arrivals in the Canaries began to rise after increased patrols along Europe's southern coast reduced Mediterranean crossings.

But the numbers really took off in mid-2020 as the pandemic took hold, and so far this year, 20,148 have reached the archipelago, MMP figures show.

The Atlantic route is extremely hazardous for the small, overloaded boats battling strong currents, with MMP saying "the vast majority of departures" were from distant ports in Western Sahara, Mauritania or even Senegal some 1,500 kilometers (900 miles) to the south.

The migrants hope that the boats will carry them to a new life in Europe, but for many, the vessels end up becoming their coffins.

"I knew getting the boat was no good, but there was war in Mali and things were very difficult," says "Mamadou," who left Nouadibou in Mauritania on a boat with 58 people in August 2020.

After three days at sea, food and water ran out, and people began to die, images which still haunt him today.

Wandering through the "boat cemetery" at Gran Canaria's Arinaga port, the lanky teen falls silent as he looks at the shabby wooden hulls, overwhelmed by memories of the two weeks he and his fellow passengers spent lost at sea.

He was one of just 11 survivors.

"A lot of people died at sea. They didn't make it," he said, with a vacant look in his eyes.

"Their families know they've gone to Spain, but they don't know where they are."

Rescuers found five bodies in the boat. The rest had been thrown overboard, joining a growing list of uncounted dead.

"These people shouldn't be dying," says Teodoro Bondyale of the Federation of African Associations in the Canary Islands (FAAC), standing by the grave of a Malian toddler who died in March, a faded blue teddy still perched on the mound of earth.

"If migration could be done normally with a passport and a visa, people could travel and try and improve their lives. And if it didn't work, they could go home," he told Agence France-Presse (AFP).

"But we are forcing them to travel on dangerous migratory routes, trafficked by unscrupulous people where the risk of dying is very high."

"Day after day the situation is getting worse. The number of boats and deaths this year has increased much more than last year," immigration lawyer Daniel Arencibia told AFP.

"The situation is complicated at a political level because there is no single body in charge of managing the search for the missing.

"So it's down to the families themselves and the people helping them. But many times they never find them."

Jose Antonio Benitez, a Catholic priest, uses his extensive network of contacts among the authorities and NGOs to try to help distraught families.

"My role is to make it easier for families to get the clearest possible picture of where they might find their loved ones. Without a body, we cannot be sure a person has died, but we can tell them they've not been found in any of the places they should be," he said.

But even then, bureaucratic red tape and rigid data protection laws can often cause more suffering.

Such was the case with several Moroccan family members who flew over after the coast guard found a boat on which 10 North Africans lost their lives.

"They spent several days going round all the hospitals, but nobody gave them any answers because you have to have documentary proof that you are a relative," Benitez told AFP.

They eventually found the bodies of their loved ones in the morgue.

"The laws of Europe and Spain are profoundly inhumane," Benitez said.

"If we had other laws and safe corridors, if immigration was allowed, this would not be happening."

Since mid-June, Caminando Fronteras has been helping 570 families trace people missing in the Atlantic, while the Spanish Red Cross has received 359 search requests.

By the end of November, the Spanish Red Cross had recovered just 79 bodies on the Canaries route, internal data shows, but experts say most of the dead will never be found.

"What happens to these families when there are no bodies? You have to find other ways to reach the same goal," says Jose Pablo Baraybar, a forensic anthropologist running an ICRC pilot program in the Canary Islands with the Spanish Red Cross.

The aim is to clarify the fate of the disappeared by pooling information from multiple sources on a collaborative platform to build a picture of who was on the boat and what happened, with accredited users feeding data directly into the system.

"More than finding people, it's about providing authoritative, if partial, answers," Baraybar said.

"The families have the right to know and we have an obligation to fulfill that right whenever we can."